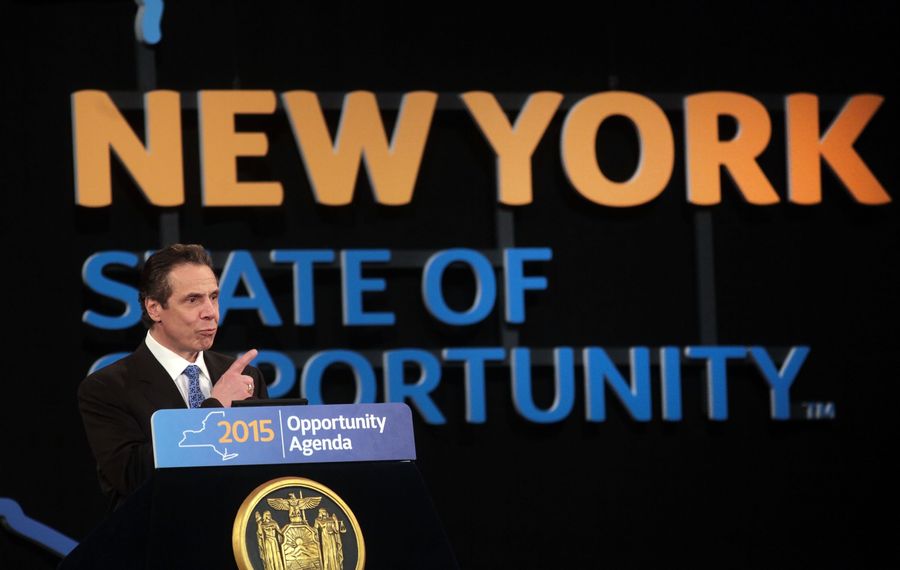 Western New Yorkers can be thankful for what this year’s tentative state budget agreement accomplished in maintaining and funding key assets, such as reforming the brownfield program and providing a measure of financial relief for Roswell Park Cancer Institute and the Niagara Frontier Transportation Authority.

And, in a solid score for Buffalo, the city won a new court to handle traffic violations and, best of all, to keep the revenues.

Nevertheless, the tentative agreement holds at least one large disappointment that affects this region and the rest of the state: State leaders had the chance to enact serious ethical reforms, but once again fell woefully short. What is it they don’t understand?

The agreement does the right thing in focusing on provisions such as requiring disclosure of clients’ names by legislators with law firm businesses. But that’s where doing the right thing ends.

Gov. Andrew M. Cuomo and Assembly Speaker Carl E. Heastie last week announced what seemed to be a solid improvement, requiring greater disclosure of outside income, including that of the Legislature’s lawyers in situations in which they earn more than $5,000 from a client. But what seemed black and white became gray and hazy under the pressure of putting together an on-time budget.

The agreement announced Monday allows either of two state agencies to provide exemptions of disclosure for a number of reasons, including keeping client information secret if disclosing the name of a client would amount to an “invasion of personal privacy” or if “undue harm” would occur to lawyer-client confidentiality.

Back to square one, with legislators largely left to decide their own fates and that of their colleagues. So far, that approach hasn’t worked well.

Ethics reform should not even have been in dispute. Legislative leaders should have been clamoring for tougher rules after the shame that has been brought on their chambers, most recently with the indictment of former Assembly Speaker Sheldon Silver. The list of those driven from office, or accused or convicted of crimes or unethical behavior, is lengthy.

Getting lawmakers to agree on reform is ludicrously difficult, especially when it involves the sources of lucrative income. But it was outside income from his law practice that brought Silver down.

Cuomo had threatened to hold up the budget, if necessary, to get ethics reform, and if ever there were a legitimate reason for that, ethics reform is it. Still, it must be noted that for years, lawmakers were content to miss their April 1 budget deadline, sometimes by more than four months.

U.S. Attorney Preet Bharara, whose office indicted Silver, should be emboldened, as if he needs any coaxing, to continue pursuing malfeasance, and local district attorneys should fulfill their obligation to do the same. Still, perhaps getting half a loaf was better than none, except this barely there ethics reform represents far less than a half loaf.

Some targets are still moving. Details on the $1.6 million more that will go into the state’s public school districts has yet to be fully revealed.

Whether job-performance evaluations of classroom teachers will largely be left for the state Education Department to determine, as Heastie indicated, or through some other mechanism is as yet unknown.

Overall, this budget is unfolding in a manner that offers upstaters some benefit, and even though progress feels bit by bit, at least ethics reform has been on the agenda where, plainly, it must stay.