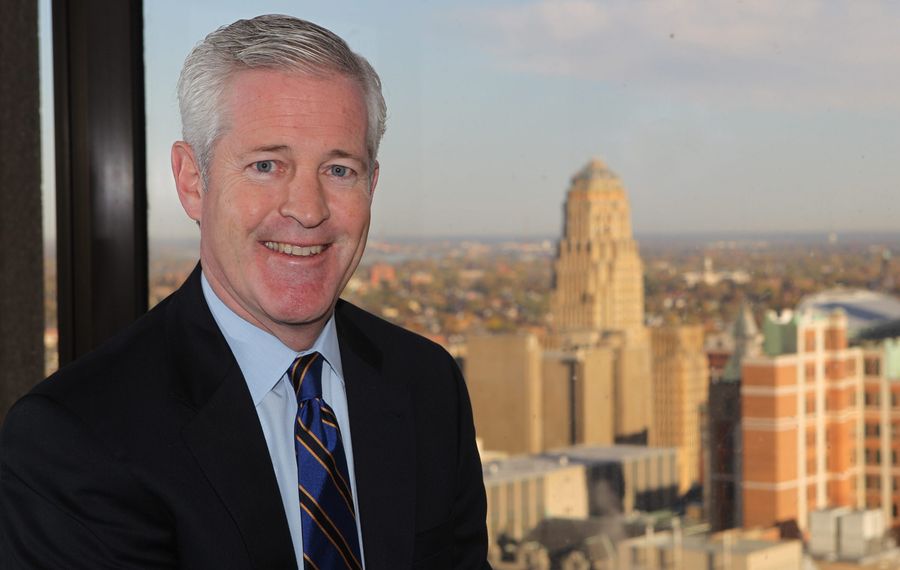 Kevin B. Quinn, senior vice president and head of corporate banking for HSBC in upstate New York, said that with U.S.-China business transactions expected to grow, U.S. companies could benefit from using the Chinese currency called the renminbi, or RMB, for those deals. (The yuan, a term commonly associated with Chinese currency, is a unit of the RMB.)

Quinn made his remarks as HSBC released results of a new global survey.

Quinn said the RMB is now the fifth-most-used currency for international payments, and is on track to move higher in the rankings. Plus, China is one of the United States’ top trading partners.

“The Chinese government is very, very focused on making sure that the RMB becomes a free and floating currency very similar to the dollar or the euro or any other currency,” Quinn said. “There are foreign exchange opportunities to potentially take advantage of.”

U.S. companies that choose to use the RMB for transactions in China might find new suppliers in that country, or even request discounts from its Chinese customers or suppliers, he said.

The HSBC survey, which polled 1,600 companies worldwide, found that among U.S. businesses using the RMB, small businesses had taken the step at a higher rate: 12 percent, compared with 9 percent of large or middle-market companies. This, Smith said, speaks to the entrepreneurial nature of smaller companies: “They don’t tend to have as much in the way of bureaucracy as far as internal decision-making goes, and they’re always looking for an advantage from a business standpoint.”

Quinn said HSBC is advising its clients to be “RMB ready” by analyzing their operations to see whether it’s a good fit. “It’s not something you want to just jump into,” he said, “but it’s readily available. There are opportunities to be taken advantage of.”