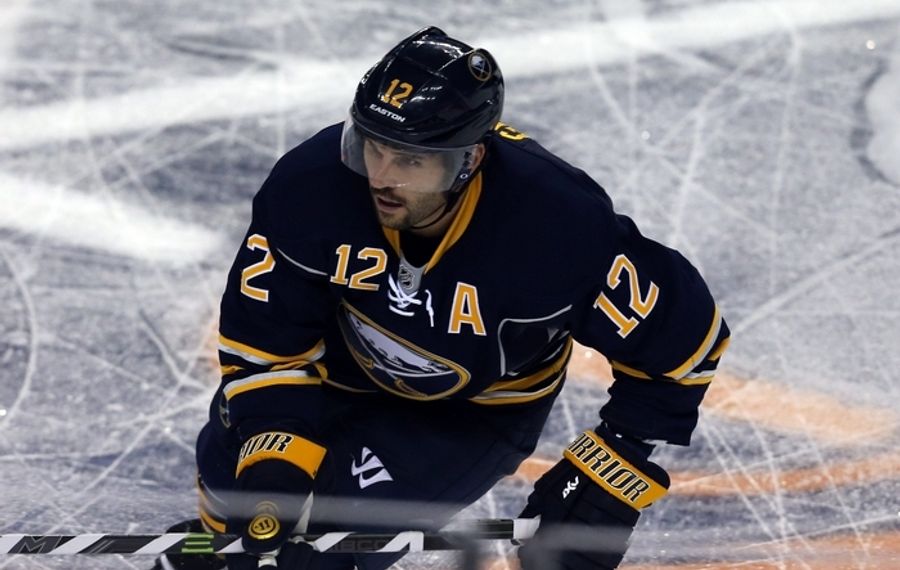 GLENDALE, Ariz. – The Sabres took it to the Arizona Coyotes. By doing so, they’re taking the race for 30th place down to the wire.

Knowing a loss would have all but cemented a last-place finish, Buffalo put together one of its more dominating games of the season Monday. The Sabres’ 4-1 victory pulled them within four points of the 29th-place Coyotes with less than two weeks to go in the season.

The Coyotes have five games remaining while the Sabres have six, including a visit by the Toronto Maple Leafs on Wednesday in First Niagara Center. Both teams complete the regular season April 11.

“There’s what, six games left?” left wing Nicolas Deslauriers said. “We’ve got one win. We’ll try to get six other ones.”

Should the teams finish the season tied, the first tiebreaker is regulation and overtime wins. The Coyotes have 18, and the Sabres have 13.

The Coyotes spent last week in the Eastern time zone, playing in Detroit, Buffalo and Pittsburgh. For most of the night, they skated as if they walked back home to Arizona. The Sabres took advantage of the lethargy to end a five-game winless skid and win for just the second time in 14 games.

“We’ve been giving what we have to give, and it’s great to see that when you give it you get rewarded for it,” coach Ted Nolan said. “That was a great effort, for sure.”

Andrej Meszaros, Anders Lindback, Brian Gionta and Rasmus Ristolainen shared a starring role. Meszaros scored twice in the second period to erase Buffalo’s early 1-0 deficit. Lindback made 11 of his 28 saves during the third period as the Coyotes scratched for a tying goal. Gionta sealed it with an empty-net, short-handed goal with 1:49 to play, and Ristolainen added another empty-netter with 43 seconds left.

“We worked hard for it,” Gionta said. “Like we’ve said all along, there’s character in this room and everybody’s pushing hard till the end. There’s a lot of pride in here.”

After scoring just three goals in his opening 52 games with the Sabres, Meszaros has four in the last four periods. He scored twice in the third period of Saturday’s 5-3 loss in Colorado.

Meszaros pulled the Sabres into a 1-1 tie with a power-play goal, bringing the large number of Sabres out of their seats with a loud cheer. Mikhail Grigorenko won a faceoff in the Coyotes’ zone, Andre Benoit set up Meszaros for a one-timer and his laser found the net with 4:27 gone.

Another slap shot with 6:24 to go in the second put the Sabres in front. With Zac Dalpe in front, Meszaros took aim. Dalpe jumped in the air to avoid the puck, and it screamed past goaltender Mike Smith to continue Meszaros’ hot streak.

“It’s just one of those games when you shoot it goes in,” said Meszaros, who credited the players creating traffic in front. “It was a great job by our guys going to the net, and we have to do that more. Every great goalie is going to save the puck from the blue line when he sees the puck.”

Both teams could have potted more goals in the period. Lindback stoned Tobias Rieder on an open shot from the slot. He stymied Craig Cunningham at the top of the crease, then watched as the Arizona forward batted the airborne puck wide.

“He looked like a true NHL No. 1 goaltender,” Nolan said.

Smith made a brilliant glove save on Sabres defenseman Nikita Zadorov, who started from his own zone and undressed two Arizona defenders during a scintillating rush.

“Smith was pretty good in net again and made some big saves against us, but we stuck with it,” Gionta said.

The Sabres, who entered the night averaging 23.7 shots per game, took a 31-19 edge into the second intermission. Buffalo had a 54-31 lead in shot attempts, and the game looked that lopsided.

Arizona had two late power plays that cut the final shot total to 36-29.

“We didn’t come to work, obviously,” Coyotes defenseman Connor Murphy said. “We got the result we deserved for how we played.”

The night started well for the home team. It took just 1:17 for the Coyotes to send howling noises through the arena speakers. Murphy’s shot from the blue line went by the net-front screen by David Moss and past Lindback.

The Sabres improved to 4-33-5 when allowing the opening goal.

“We were hitting from the start, and we were on the right side of the puck all the time,” Lindback said. “I thought in played our best game in a long time.”