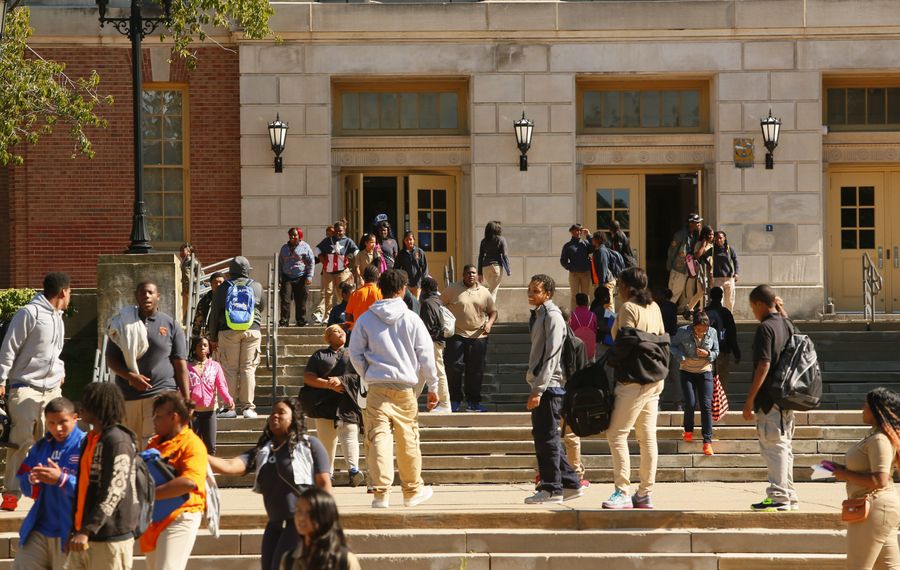 ALBANY – Specific state aid to public schools were released Tuesday, showing a near 4 percent hike for the Buffalo school districts and higher increases for a number of suburban districts across Western New York.

The school aid distribution, which is set to be approved by lawmakers later this afternoon, will provide nearly $22 million more to Buffalo schools in the coming year. The city school district gets nearly $700 million in total state aid.

In the suburbs, Cheektowaga will get a 7 percent increase in state aid to just above $11 million, while the Clarence school district is rising 7.8 percent to $17.8 million. The Williamsville district will increase by 9.7 percent to $32.3 million. The figures do not include building aid formula numbers.

The school formula shows Lancaster schools will go up 13.7 percent to $29.4 million, and West Seneca is rising 12 percent to $40.4 million.

In Niagara County, Niagara Falls is up 2.4 percent to $89 million, while Lockport will see a state aid increase of 6.2 percent to $41.3 million.

The education piece, with policy changes affecting teacher evaluations and tenure, were a sore subject for many Assembly Democrats overnight. The Cuomo administration took a victory lap Monday night in its description of an aggressive change in the way teachers are evaluated on their jobs. The new standards, the Cuomo administration, will put more state teeth into the evaluation process and make it easier to fire poor-performing teachers.

But Assembly Democrats said this morning that the administration was over-stating things, suggesting both an internal and external public relations battle was fully underway here Tuesday. Lawmakers, for instance, said the administration’s insistence that state aid increases are linked to submission of teacher evaluation programs is nothing really new from existing law except some date changes.

Assembly Majority Leader Joseph Morelle, a Rochester Democrat, downplayed rumblings that Assembly Democrats were upset with the Cuomo administration’s education deal and that the budget adoption could be delayed today. For an on-time budget, final bills must be okayed by midnight tonight.

“This is just sort of the normal process,” he said of closed-door discussions. Of passing the budget bills today, he said, “I don’t expect any problems.”

Morelle noted that the education policy changes affecting teachers is “substantially” different than what Cuomo proposed. He said, for instance, that the state Education Department – whose board is ostensibly selected by the Assembly Democrats – will be running the teacher evaluation program more directly than it has.

One Assembly official said Tuesday morning that the teacher evaluation agreement outlined by the Cuomo administration to some reporters last night had been further amended overnight in budget negotiations to better express some concerns raised by the Assembly; the official did not elaborate.