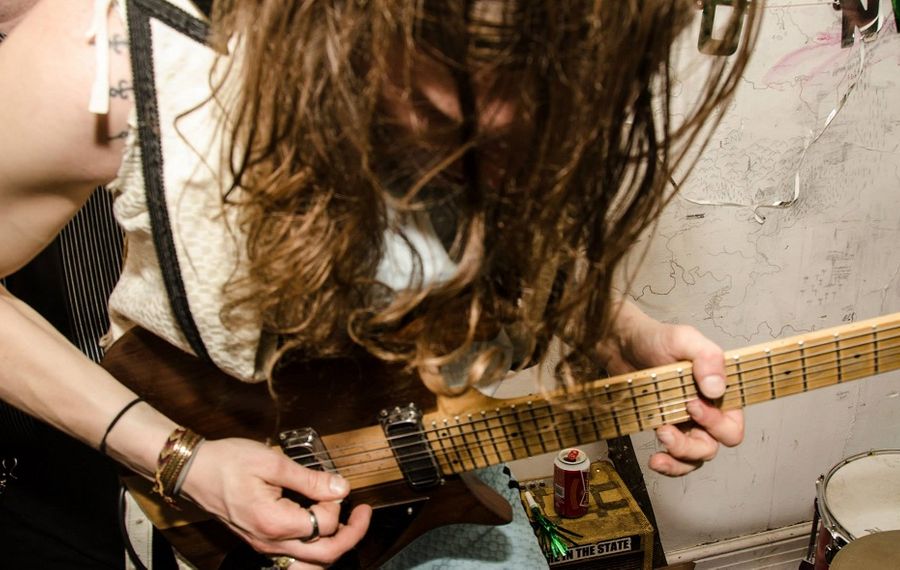 There has been a steady stream of surf rock bands popping up in Western NY over the last few years, possibly as a response to both cities' never ending winters, but more likely as an attempt to install some surf culture and fun into two towns that will never be known for its waves.

Rochester acts like Harmonica Lewinski, the Huckleberry Fins, the Televisionaries and the Seabreezers are leading the way down the I-90. Back in Buffalo, Space Wolves continue to churn out their peppy, two-minutes-or-less bursts while left of the dial, surf-influenced acts like the Get Money Squad and Dreambeaches are featuring similar tones mixed with R&B and pop.

Then there is Buffalo's very own Cain and Abel, Nicholas and Rick Reynolds, the men behind two of the city's finest traditional surf-rock acts, Aaron & the Burrs and The Hamiltones, respectively. The pair has an unusual brotherly rivalry that stems from their personal attempts at individuality.

"Nick would never let me play his guitar, but my older brother, Drew, would always let me play his bass," Rick explains. "I think it had something to do with the fact that Nick wanted to prove he was his own person."

"He wanted his own identity, so he went out of his way to like weird things. Being really into surf rock is just an extension of that, really. He wanted something weird that he could define himself with, and something he thought I wouldn't want to be involved in-- something I couldn't have."

The Hamiltones, which feature Reynolds on bass, John Toohill (JOHNS, read a related Buffalo Music Spotlight) on guitar and Chris Scamurra (Kharlos) on drums, debuted at the annual West Side "Beach Party" last winter as a tongue-in-cheek response to the Burrs. History buffs may remember that Aaron Burr famously dueled Andrew Hamilton in 1804, resulting in a mortal wound to the latter, one of the country's founding fathers and the former Secretary of the Treasury.

Luckily, the rivalry between the Reynolds brothers has not reached such stakes, but the desire to one-up each other certainly seems to have led to the birth of Rick's Hamiltones.

"Nick thinks that he is somehow special for liking surf music. He thinks that he understands it on some level that the rest of us can't, and that's ridiculous. It's just bass, guitar, and drums. Anybody can do it, and I knew that I could put together a band better than Aaron & the Burrs."

As for the curiously similar political figure monikers, Rick admits that was more than just a coincidence.

"I picked the name just to poke fun at him, but Nick takes himself too seriously to take a joke like that. And maybe he is a little jealous, too, because the Hamiltones, even though we started as a bit of a joke, are better than the Burrs."

You can judge for yourself as both the Burrs & the Hamiltones will square off at 6 p.m. Friday along with fellow Rochester surf act, the aforementioned Televisionaries. The Hamiltones will even have a new tape available to fuel the fire of the siblings' dueling discographies.

Further information on the free event can be found here.

Listen to the Hamiltones' "Church Key," recorded live at the Jungle Gym, below.

Mac McGuire is the editor of BuffaBLOG