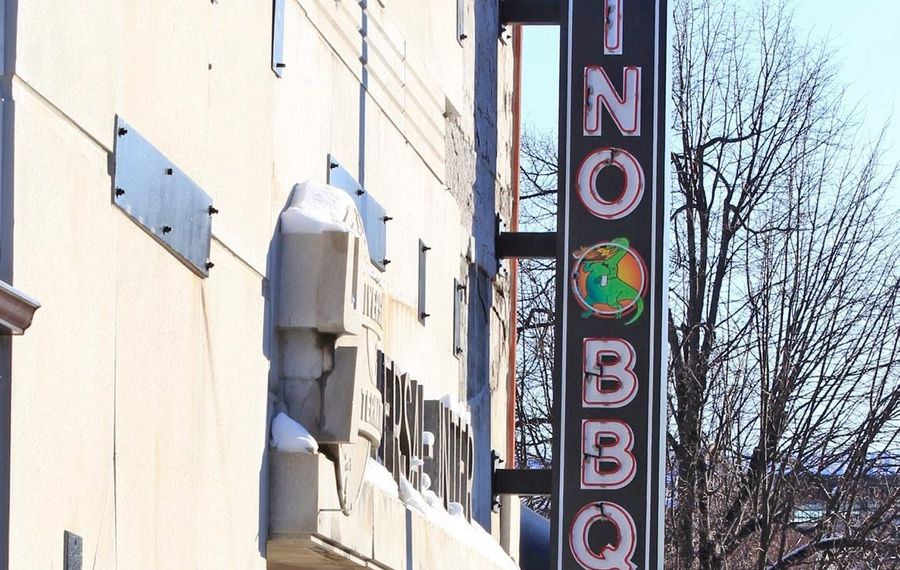 A class-action lawsuit has been filed against Dinosaur Bar-B-Que restaurants, claiming the chain failed to pay fair wages to its tipped workers in Buffalo and at its other locations across the state.

Fitapelli & Schaffer filed the suit last week in the U.S. District Court for the Southern District of New York “on behalf of all servers, bussers, runners, bartenders and other tipped employees,” who have worked at the chain’s Buffalo, Harlem, Brooklyn, Syracuse, Rochester and Troy restaurants, according the New York City law firm’s website.

It names Dinosaur Restaurants, LLC, JLN-Store, Inc., Soros Strategic Partners LP, and John Stage as defendants. The company opened its Buffalo restaurant last year on Franklin Street. The company has 10 locations, but the class-action suit only involves its New York operations. Stage couldn’t be reached for comment on Monday. The suit alleges “that the owners of these restaurants have instituted widespread practices and policies which unlawfully burden the collective rights of their employees under the Fair Labor Standards Act (“FLSA”) and the New York Labor Law (“NYLL”).”

The alleged violations include failing to tell employees about and not adhering to the “tip credit provision,” which allow employers to pay tipped workers below minimum wage if their tips and wages equal the minimum wage.

Also, the chain is accused of requiring tipped workers to do “back-of-the-house” duties, which include stocking, refilling condiments, rolling silverware. The lawsuit said these duties accounted for more than 20 percent of their work time, which by law should’ve been compensated with full minimum wage pay, but they were paid their reduced wages, the website said.

Additionally, the plaintiff class wasn’t given the correct overtime pay. Lastly, the lawsuit claims that up until the end of 2013, defendants misappropriated tipped workers’ tips. When “customers reserve dining space and prepay for the cost of food, tipped workers were required to share 17% of their tips with back of house kitchen workers, and pay a $10 management fee to managers. Neither of these classes of employees is legally entitled to tips under the FLSA or the NYLL.”