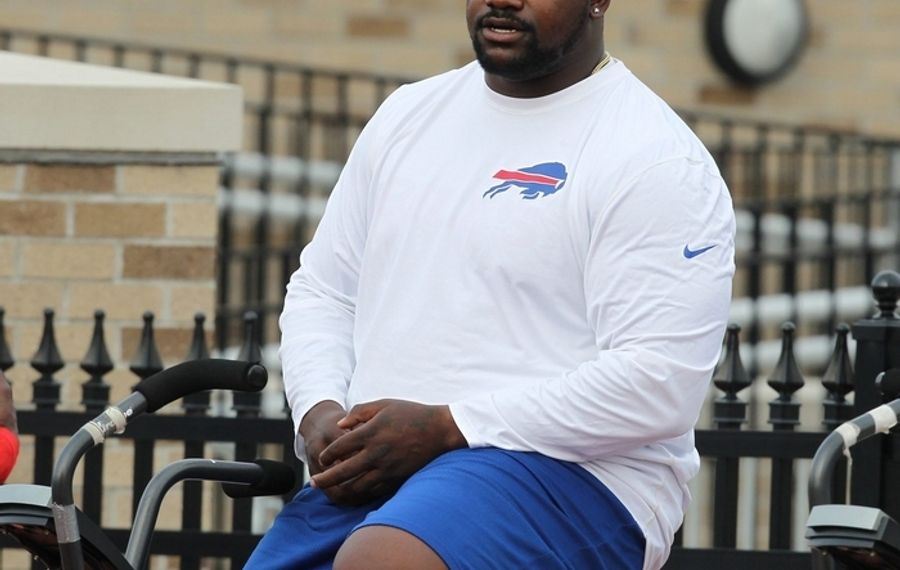 For all that the Buffalo Bills have done to help their offense during the offseason, their outstanding defense has hardly been forgotten.

The first major move on that side of the ball was the five-year, $45-million-plus contract the Bills gave end Jerry Hughes before he could hit the free-agent market on March 10.

The second is a contract extension for two-time Pro Bowl tackle Marcell Dareus that General Manger Doug Whaley said will happen “in the near future.”

“He will be priority No. 1 once the dust settles post-draft, maybe even before then, just to get the ball rolling,” Whaley said.

Dareus, selected to the Pro Bowl in each of the last two seasons, has one year left on the rookie contract he signed as the Bills’ first-round draft pick in 2011. The Bills decided to pick up the deal’s fifth-year option, which calls for Dareus to be paid $8.06 million.

In light of Dareus’ status as one of the game’s best players at his position and the six-year, $114-million contract (including $60 million guaranteed) to which the Miami Dolphins signed free-agent defensive tackle Ndamukong Suh, the Bills will be discussing some massive numbers in the negotiations.

Dareus finished last season with a career-high 10 sacks, the most among tackles in the NFL. His ability to consistently draw extra blockers did plenty to enhance the production of Hughes, who had a career-best 10 sacks for the second year in a row, and fellow end Mario Williams, who had 14.5 sacks.

The team is expected to do an extension that would provide a hefty payout of guaranteed money to Dareus, but would also allow the Bills to amortize those dollars to fit under their salary cap. The Bills reportedly are $5.28 million under the cap.

To create the cap room to accommodate anything more than some minimum-salaried players who would be added via free agency, the Bills would figure to restructure their deal with Mario Williams. Three years remain on Williams’ agreement, which calls for him to make $19.4 million this year, $19.9 million next year, and $16.5 million in 2017.

“He could free up the most and make it the most logical, because what we would do is not only restructure, but extend him similar to” what the Bills recently did with defensive tackle “Kyle Williams, so these guys retire as Buffalo Bills,” Whaley said. “We want to set a precedent that we retain our own and we have them retire as Buffalo Bills. I think that’s a sentiment we’re trying to show the players on our roster now.

“Not only are we getting good players, but we’re retaining our good players as long as possible. And everybody wins.”