Even 75 years later, any one of us might update our kitchen and put a still-serviceable range out of service. In 1940, however, there were still plenty of homes around Buffalo without the benefit of a modern range.

In many homes, this $104 stove might be replacing an older gas model with much less control over cooking temperatures.  Settings were mostly on or off. These were a modern dream, compared to the wood-burning ovens still found in many kitchens in the older and poorer parts of the East Side, West Side and First Ward. 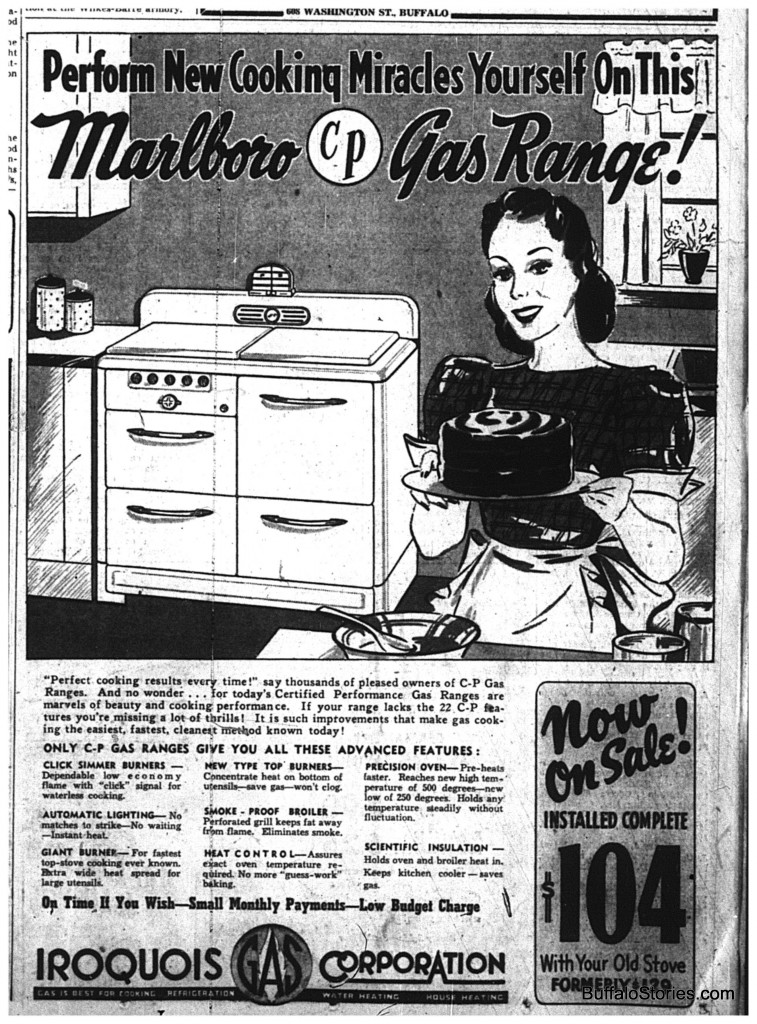