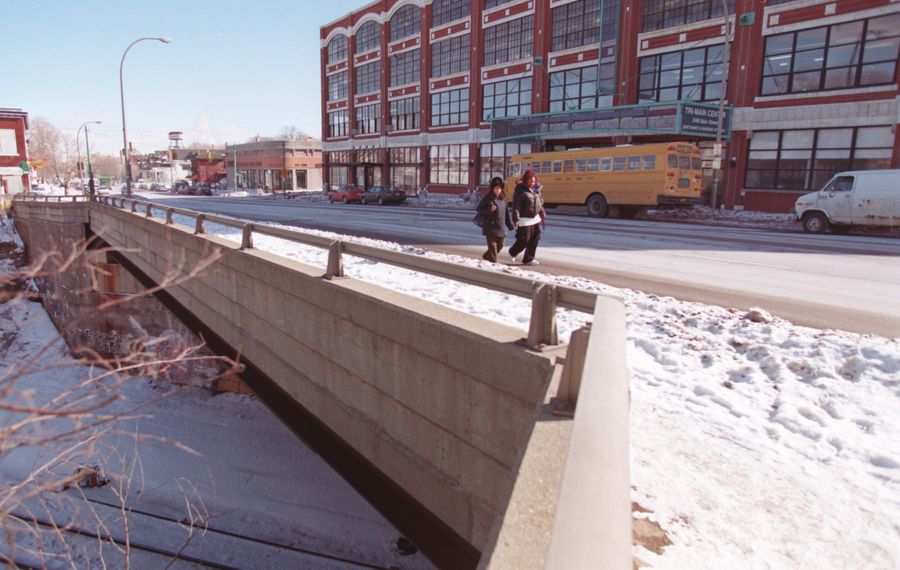 The owners of Buffalo’s Tri-Main Center plan to spend as much as $1.5 million to install landscaping on part of the roof and a rainwater-collection system on the rest of it, in an effort to make the enormous mixed-use facility more environmentally friendly.

Tri-Main Development LLC is seeking city approval to install a “green” roof on top of the six-story portion of the 650,000-square-foot structure at 2495 Main St. near Jewett Parkway. That’s designed not only to make the rooftop more attractive – the building owners are even considering some rooftop access for tenants – but also to absorb both the building’s heat and rainwater, thereby reducing runoff.

However, the other two rooftops – for the four- and five-story portions of the complex – won’t support landscaping. So they will get a system for collecting rainwater that can be recycled either for use in the building’s boiler system during the winter, or to irrigate the greenscape on the higher roof in the summer if the weather is unusually dry, said Tri-Main co-owner and general manager Matt Wolfe.

Finally, a third portion of the project calls for installing permeable pavement in the sprawling parking lot, “so instead of water just collecting in the parking lot and flowing into the sewer,” it will filter into the ground, Wolfe said.

The project, which Wolfe estimates will cost $1.1 million to $1.5 million, is being supported by a state Green Innovation Grant Program grant that Tri-Main Development applied for, to reduce runoff into Buffalo’s sewer system.

Tri-Main is one of Buffalo’s largest and best-known mixed-use projects, with office, studio and light industrial space for tenants ranging from architects, engineers and marketers to artists, human services organizations, retailers and light industry. It was one of the first large-scale reuses of a major vacant industrial facility in the city. In all, the complex sits on about 3 acres of paved land, with 2.75 acres of roof surface, “so it gets a lot of water,” Wolfe said, citing an average figure of about 57,000 gallons of water per “rain event.”

“When there’s a lot of water or rain, we dump a lot into the sewer system,” he said. “And it’s a very old sewer system.”

As part of the state grant, Tri-Main Development must also create a public display, either in the lobby or outside the building, to inform and educate the public about the workings and impact of green rooftops and water-reclamation systems. Wolfe said the group is “working on that” with a couple of outside organizations but isn’t yet sure of the final form. He said Tri-Main Development still has “a lot of roof work ahead of time” to prepare the top level surface for the green roof.

The project will be considered next month by the Buffalo Planning Board. If approved, officials hope to complete at least part of it this summer, but Wolfe said it may stretch into next year, depending on the scope and cost of the work.