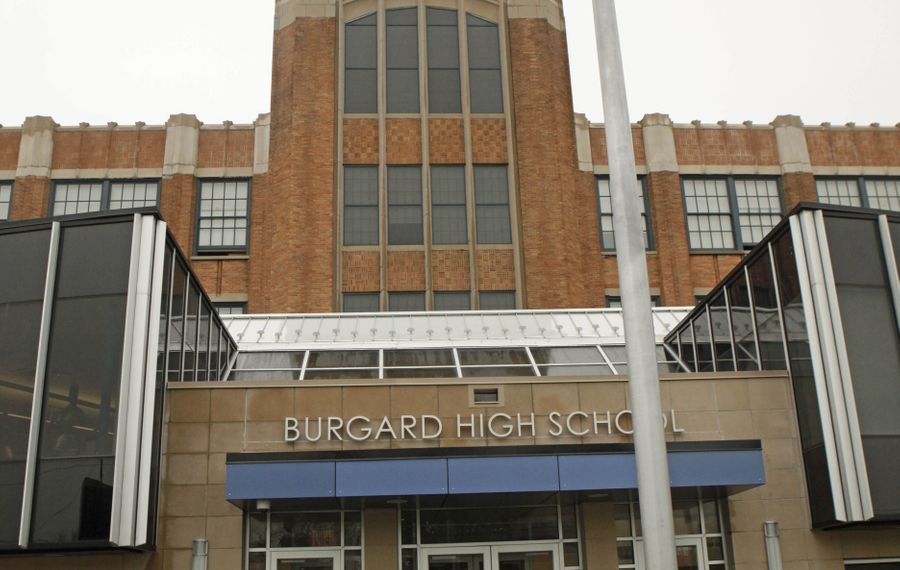 It appears that five long-struggling Buffalo public schools could wind up in the hands of a state-mandated receiver after next school year if efforts to transform them into successful community schools fail, according to the Cuomo administration late Monday night. The targeted schools include Buffalo Elementary School of Technology, Futures Preparatory School, West Hertel Academy, and Burgard and South Park High schools.

These five schools are among 27 schools statewide that could be subject to outside control. Many more Buffalo Public Schools would likely be in the same position after two years, according to a description of the late-night agreement purportedly reached between the Governor’s Office and the State Legislature.

Before any outside takeover of a school could occur, however, targeted schools would have access to millions in state aid to transform themselves into community schools that could offer extensive support to students and their families, according to state leaders. In addition, the state would give the superintendent “enhanced powers” in dealing with union contract provisions.

The state receivership model agreed to by both sides is weaker than what Cuomo originally proposed. Nevertheless, it would place additional pressure on the teachers union while still providing more funding to struggling, poverty-stricken schools that have long sought the additional resources to provide more support for children.

Schools that have been considered failing by the state for 10 or more years would be the first to have access to a pot of $75 million, which could be accessed as early as June, according to Assemblyman Sean Ryan, D-Buffalo, who was still awaiting final details of the agreement Monday evening. That money would be spent to help transform each school into a community school with input from a “community engagement team” comprising parents, community organizations, and mental and physical health providers.

The school district also would have greater powers to force unions to reach new, school-specific arrangements regarding the hiring and firing of school staff, the length of the school day, curriculum changes and teacher training, according to Cuomo administrators. Although the district would be unable to unilaterally override union contract provisions in these areas, an arbitrator would be able to impose terms if both sides did not reach an agreement.

The targeted schools would be required to show “demonstrable progress” toward meeting improvement goals approved by the state after one year, according to administration officials. If such progress is made, they said, the school would be allowed to continue to draw from the $75 million to continue their programs without an outside receiver.

But if a school does not show such progress, the district would be forced to name an outside receiver to take over. The receiver could be an individual, a nonprofit organization or another school district. If the district does not name a receiver that is sanctioned by the state Education Department, then the state would appoint one for the district, officials said.

Unlike what was previously believed earlier Monday, it does not appear the Buffalo Public Schools’ four “out-of-time” schools – East, Bennett and Lafayette high schools and Martin Luther King Multicultural Institute – would qualify for the additional state aid or for a statewide receiver. Cuomo administrators said that since these schools already are being “phased out” by the district, the state would not allocate money to revive them. Although the district has sought to move new academic programs into the four schools, those efforts have not been finalized.

Finally, the agreement reached between the Governor’s Office and the State Legislature does not appear to include any provisions that would allow a receiver to take over an entire district. Neither does it appear that the concept of mayoral control of public schools is part of the final agreement.

Struggling schools at a glance

Graduation rate: 42 percent, up from 31 percent the prior year

Number of graduates: 69, up from 55 the prior year

Average Daily Attendance: 83 percent, the same as the districtwide figure for high schools

Graduation rate: 57 percent, down from 60 percent the prior year

Average Daily Attendance: 78 percent, below the districtwide figure of 83 percent

English Language Arts Assessments: 4 percent of students scored proficiently, down from 5 percent the prior year

Math Assessments: 4 percent of students scored proficiently, up from 2 percent the prior year

Average Daily Attendance: 90 percent, the same as the districtwide figure for elementary schools

English Language Arts Assessments: 1 percent of students scored proficiently, down from 2 percent the prior year

Math Assessments: 0 percent of students scored proficiently, the same as the prior year

Average Daily Attendance: 88 percent, lower than the 90 percent for all elementary schools

English Language Arts Assessments: 6 percent of students scored proficiently, up from 5 percent the prior year

Math Assessments: 7 percent of students scored proficiently, up from 5 percent the prior year

Average Daily Attendance: 87 percent, lower than the 90 percent for all elementary schools