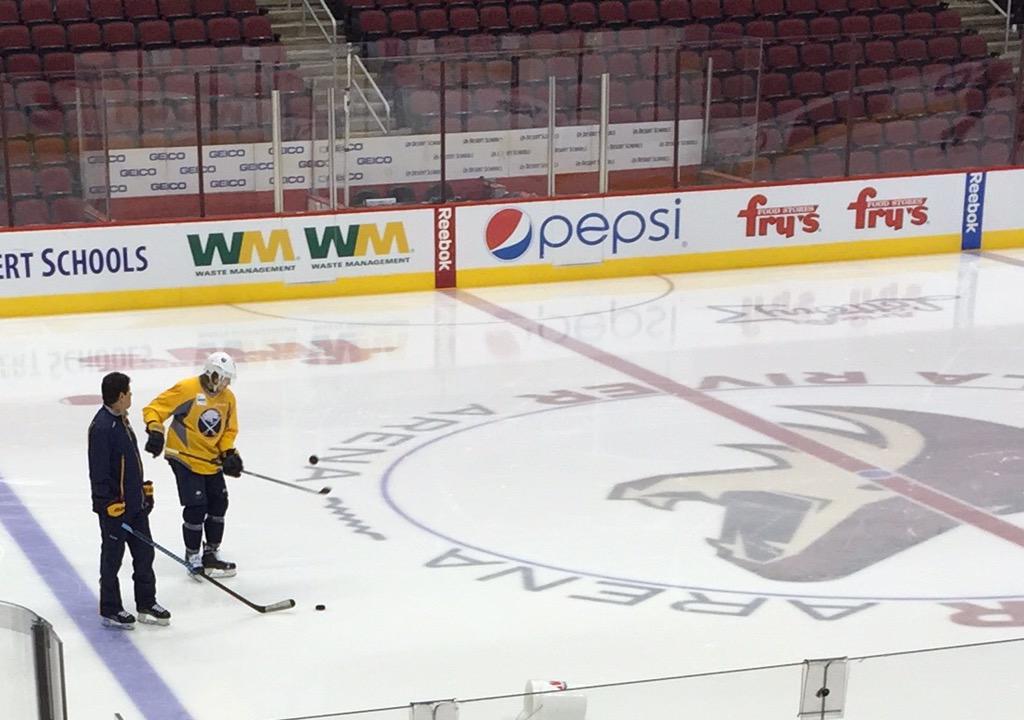 GLENDALE, Ariz. -- The word "tank" never came up. No one questioned whether they'll try to win.

The day before the final showdown with Arizona, the Buffalo Sabres prepared for a game instead of a sideshow.

"We can just think about coming and playing our game," right wing Cody Hodgson said Sunday in a quiet Gila River Arena. "It’s definitely something people are talking about back home, but we can’t worry about it in here."

While Monday's meeting with the Coyotes is just as important as last week's game in Buffalo, the atmosphere surrounding it is decidedly laid-back. Only seven Sabres took a light skate, including injured leading scorer Tyler Ennis.

No Phoenix-area media came to check in on the Sabres, who are six points behind the 29th-place Coyotes. There are no Connor McDavid placards to be seen.

"I don’t think you’ll have the opposition crowd cheering for us when we score," Sabres coach Ted Nolan said. "I think it’s just the hype of the situation that people get caught up into, but we’ll forget about that one."

A Coyotes regulation victory would all but ensure the Sabres finish 30th and get a top-two draft pick. But Buffalo is coming off one of its better performances in a 5-3 loss to Colorado. The Sabres outshot the Avs, 38-22, and controlled a lot of the play -- but not until after they fell into a 4-0 hole.

"We had a video session to talk about some of the things we did," Nolan said. "That was one of the lowest chances" against "games we’ve played all season long and one of the first times we outshot a team by that large of a margin. Outside of that first little bit where made a couple costly mistakes, I thought it was a pretty good effort."

They did it without Ennis, who is bothered by a sore left shoulder.

"We’ll make sure he’s 100 percent before we even consider putting him back in," Nolan said.