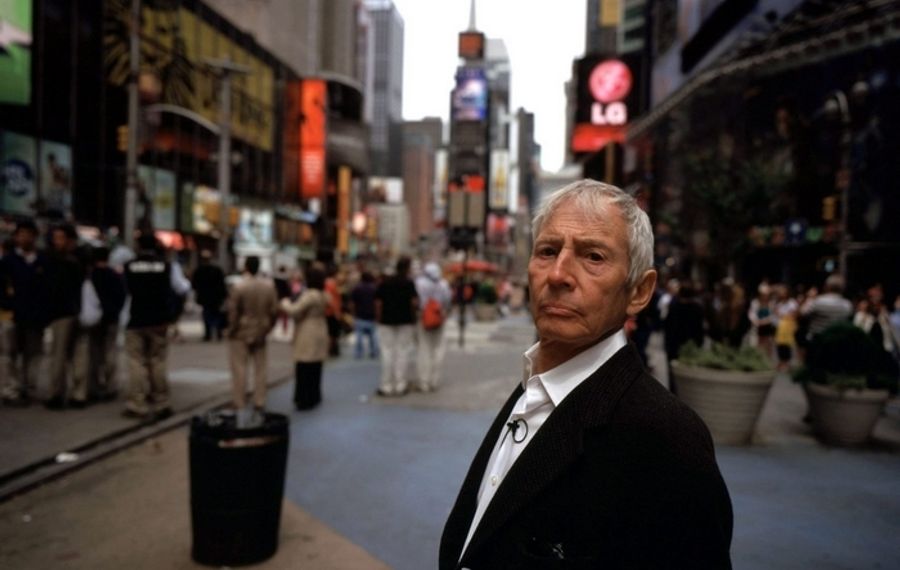 “What the hell did I do? Killed them all of course.”

So said Robert Durst. His microphone was still live at the time. He had briefly retired to the bathroom during the filming of Andrew Jarecki’s six-part series on HBO, “The Jinx: The Life and Deaths of Robert Durst.”

And when he did, Durst crystallized the certainty of what had been a media probability: HBO has become ground zero for documentary film exhibition in America.

The six-part series was a smash for the kind of thing it is. Right after the series’ sixth and final part, Durst was arrested in New Orleans in connection with the murder of his wife’s friend, Susan Berman.

Documentaries are no longer for a splinter, elitist audience of those in search of behavioral oddity and reason for outrage. They are for a mass audience whose hunger for truth is no longer being served in a significant way by the news departments of major networks.

And HBO – which showed Spike Lee’s Katrina film “Where the Levees Broke” and the Oscar-winning “Citizenfour” – has long since become ground zero for major documentary film exhibition in America.

That will be resoundingly clear over these next two Sundays as HBO shows two utterly extraordinary documentary projects by the man who is possibly the most important mass documentary film-maker in America. His name is Alex Gibney, the man whose “Client 9” previously exposed us to the detailed peccadilloes of Eliot Spitzer.

Gibney’s unanimously praised and horrifying Scientology film “Going Clear” will be shown on HBO Sunday after triumphs at the Sundance Film Festival and in a limited number of movie theaters.

Then next Sunday, in the same time slot, Gibney’s amazing four-hour biography “Sinatra: All or Nothing at All” will premiere on HBO, followed by part two at 8 p.m. the following night. In connection with the general celebration of the 100th anniversary of Sinatra’s birth, the first part of the riveting four-hour spectacular will tell Sinatra’s story up to the award of an Oscar for “From Here to Eternity.” The second part will tell the tumultuous tale of the successful rest of Sinatra’s life – Kennedy, the mob, Vegas swingerdom, the conversion to Reagan and Nixon, premature retirement, almost-instant reconsideration two years later. It is as revealing and mesmerizing as any long-form celebrity biography I’ve ever seen on television.

And we have Alex Gibney to thank for both.

Going Clear and the Prison of Belief – The great horror story of this cinematic year.

The only difference between Gibney’s acclaimed Scientology doc “Going Clear” and a fictional film like Paul Thomas Anderson’s “The Master” is that it is in search of the absurd and ridiculous truth and not a plausible “story.” Everything you might have wanted to see in Anderson’s “The Master” – but didn’t because Anderson shackled himself to what we’d all accept as reality – is front and center in Gibney’s film about Scientology and its founder L. Ron Hubbard. It’s based on the much-praised book by Lawrence Wright.

What we witness of life inside the Church of Scientology seems barking mad a good part of the time: for one, the comic opera quasi-naval uniforms worn by its hierarchy including its current director David Miscavige, whose credo is “we want to make every life extraordinary.” By the time we get to the elaborately absurd sci-fi human origin story which is withheld from all in Scientology until their experience and commitment to church “teachings” is sufficiently devout to minimize the likelihood of derisive laughter, it seems infinitely more fictional than anything Anderson could possibly have invented.

And yet evidence is persuasive that it’s not, as evidenced by the pair of double-wide trailers called “the hole” where “suppressive people,” we’re told, are forced to mop up bathroom floors with their tongues.

“If you give them all your money,” says brilliant writer/director Paul Haggis (“Crash,” the script for “Million Dollar Baby”) “anything is possible.” That’s the promise.

Gibney goes on to explore in some depth the two most famous Scientologists of all – Tom Cruise and John Travolta. In Cruise’s case, the film charges that cheap Scientology labor was exploited for upkeep around the star’s palatial residence. In Travolta’s, it’s strongly implied that personal information gleaned from his countless required “auditing” sessions were used to keep him in line.

Ex-Scientologist Jason Beghe (TV’s “Chicago Fire”) discusses it a good deal. (“All Scientolotists are full of (expletive).”) You see great jazz pianist Chick Corea in passing in the congregation of an event but never hear from him. Nor do we hear from many of those who have been believers or even just dabblers.

Haggis, who says he split with the church over its rejection of the homosexuality of his two daughters, is eloquent about the “shame” he now feels. But despite all he says about it during the film, he is unconvincing about what on earth the appeal of Scientology was originally or continued to be for so long.

When we see the abundant footage of Hubbard himself, we see a man who looks a bit like the football coach/analyst John Madden and sometimes sounds like the outrageous old TV “seer” Criswell (as in “Criswell” predicts) but cannot begin to fathom the charisma that others felt so powerfully.

It is that which provides the true horror of “Going Clear.” The workings of the church, its businesses, its feuds and its credos and abuses are well-detailed but after watching it for two hours, the appeal of its cult to so many people we would have thought would know better is as mysterious as it was when you started to watch.

Those who are not inclined to be cultists of any religion at all simply won’t “get it.” I wonder, frankly, if any possible film by anyone can explain that to us. I know that the extraordinary film Gibney has made from Lawrence Wright’s book simply doesn’t.

Sinatra: All or Nothing at All.

Even greater is Gibney’s two-part, four-hour documentary biography of Frank Sinatra through his songs.

Gibney also is responsible for the great HBO James Brown portrait “Mr. Dynamite: The Rise of James Brown.” It is in that vein that he and a team of executive producers including Frank Marshall (Steven Spielberg’s old associate with Amblin Entertainment) were able to get the incredible and all-important cooperation of Frank Sinatra’s family – children Nancy, Tina and Frank Jr. – to use a megaton of hitherto-unseen material from the family’s archives in a Sinatra Centennial biography.

It was, says Marshall, the first question he asked Nancy Sinatra when told about it. Sinatra’s story is so well-known, he asked, what could possibly be new?

And then she showed him.

Which is almost all you’ll see.

The outlines of the tale of Sinatra’s “up from Hoboken” life are as familiar as any life story Americans have ever told each other. But, for one thing, you’ve never heard Sinatra himself tell it with such R-rated frankness in his language, abundant obscenity included. Everyone always knew that Sinatra came from the Hoboken streets but no one, until next Sunday, will ever have heard him talk that way. In those previously unheard voiceovers, his usual careful formality is virtually all gone.

Among the astonishing things seen for the first time, is what was meant to be his 1971 “retirement” concert in California, an all-star formal event to which his Hollywood royal friends were invited. The film admits that the visual quality of it is less than grand. And, at the beginning, the audio even cuts out. But what is repeatedly heard from that event – in which he chose 10 of his songs to tell his life story in music – is spectacular intermittently for the next four hours. As someone who reviewed Sinatra live twice, I can tell you without hesitation he was as good at this late-life event (he was 56 at the time) as he was in any live recording you’re liable to encounter.

Which is why no doubt, after being so burned out that he so desperately needed to disappear offstage, he returned a mere two years later.

It’s obvious that with so much unfamiliar material from the family’s own archives, the four hours are going to tend toward hagiography of “the poet laureate of loneliness.” But executive producer Marshall insists that the only stipulation the Sinatra family made is that Gibney’s film – which was three years in the making – tell the truth.

The praise of Sinatra is unstinting but, with the participation of some of the canniest writers and critics in New York – critics Terry Teachout and John Lahr and journalist Pete Hamill – none of it exaggerates what was Sinatra’s actual contribution to American culture of the past century.

And with all of that, it’s very definitely “warts and all.” The mob is very much present and accounted for. You hear Sinatra bragging about punching poison-typewriter journalist Lee Mortimer and then, whenever they’d meet again, spitting at him and challenging him to fight back. (Mortimer, no fool, didn’t.) Gibney’s film doesn’t for a second find the casual racist joshery of the “Rat Pack’s” Vegas act all that charming. But at the same time, no one could doubt how much Sinatra quietly did for civil rights in the world of American entertainment.

Anyone who might wonder why in heaven’s name such a liberal and significant Kennedy man turned so wholeheartedly toward Reagan and Nixon at the end of his life will hear the perfect explanation from Harry Belafonte: The Kennedys had, ultimately, rejected Sinatra. And “He really needed to hurt the Kennedys” back, said Belafonte. With his new pals Reagan and Nixon he could do just that. That, suggests Belafonte, was the Hoboken way.