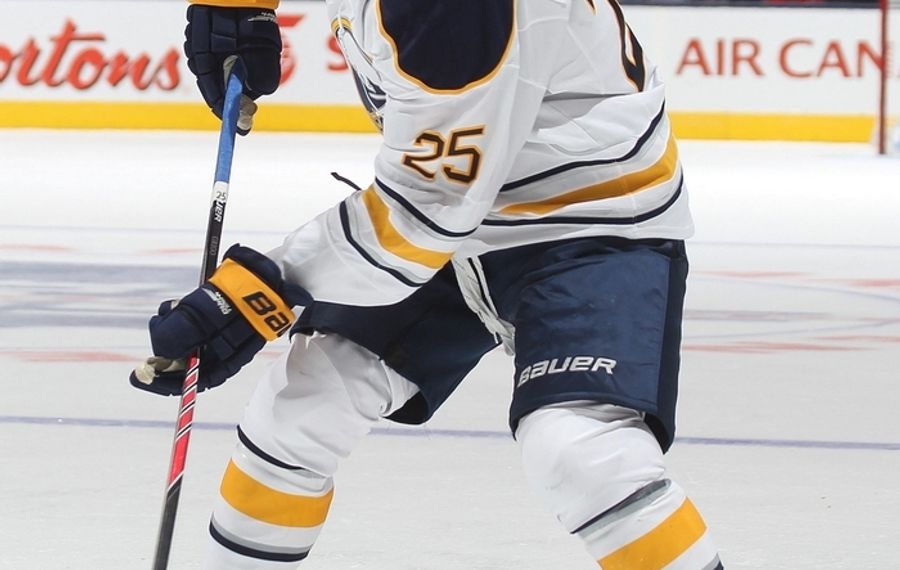 DENVER – Patrick Roy has seen Mikhail Grigorenko at his best.

When the two were together in Quebec – Roy as the coach of the junior team, Grigorenko as the star player – the center was nearly unstoppable.

The success hasn’t carried over to Grigorenko’s professional career, but Roy has little doubt the 20-year-old will blossom.

“I’m not nervous for him,” Roy said Saturday. “I’m confident that eventually he’ll find his way with the Sabres.”

Roy, in his second season as coach of Colorado, got a good look at Grigorenko on Saturday when Buffalo visited Pepsi Center. Grigorenko remained the second-line center of a shuffled lineup, skating in the middle of left wing Marcus Foligno and right wing Zac Dalpe in a game that ended too late for this edition.

“I think he’s learning,” Roy said. “Some players develop faster than others. I’m sure the expectations are very high for him in Buffalo, but Grigo has a lot of skills, has a lot of hockey sense.”

With only a few games left on his entry-level contract, Grigorenko is finally comfortable with the Sabres. After yo-yoing between Buffalo, Rochester and Quebec during the past three years, Grigorenko feels wanted.

“I know that everyone wants me to succeed in this organization,” he said.

The mutual respect has come at a good time. Even though the Kontinental Hockey League is struggling with money problems, the specter of Grigorenko returning to Russia when his contract expires has always lingered in the background. The pending restricted free agent will be more willing to shun any advances and stay if he sees a future in Buffalo.

That’s a question for the summer, however, because the 2012 first-round pick is focused solely on taking advantage of his latest chance.

“It’s a really good opportunity for me,” he said of the second-line role, which arrived after routine appearances on a checking line.

“This is an extremely hard league to learn at,” Sabres coach Ted Nolan said. “That’s what the American League is for and other leagues and junior leagues.”

Nolan has taken a hard-line approach to Grigorenko’s development. The center is punished with benchings or demotions for most mistakes, with the lessons meant to build Grigorenko’s character.

“Teddy, he thinks being hard on me is only going to help me,” Girgorenko said. “Since I’ve been back, I’ve probably been playing the best I’ve played this year. I guess it works, so I’m glad he was hard on me.”

After being a poster boy for mismanaged talent during the first two years of his career, at least Grigorenko knows what to expect with Nolan. He even smiles at the treatment.

“Teddy, he’s a really honest guy,” Grigorenko said. “Even if you agree or disagree with what he says, it’s still exactly what he thinks.

“He’s the head coach, and my goal is to come in here and prove him wrong and show him that I can play here.”