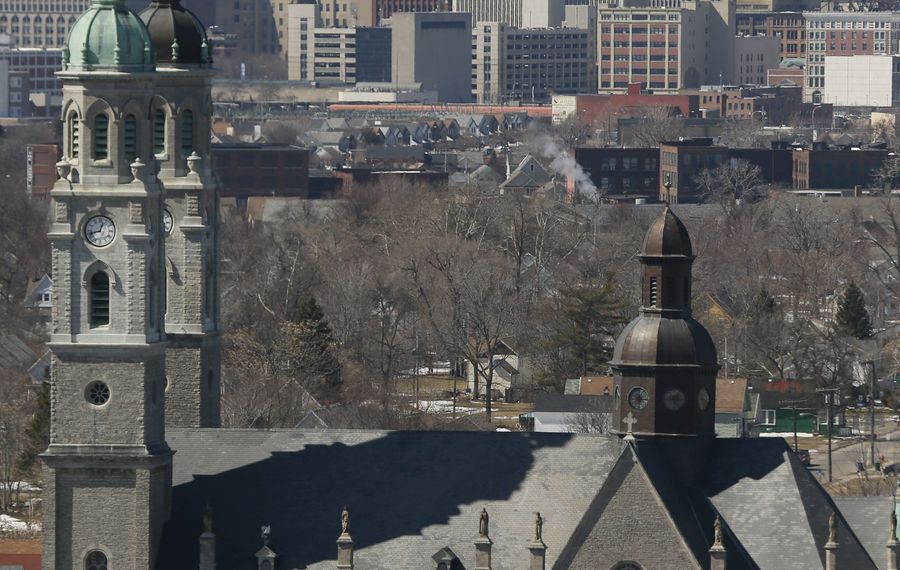 In a move that has upset some members of the local Polish-American community, the Catholic Diocese of Buffalo announced Sunday that an order of priests based in Poland will manage a second iconic East Side church starting next month.

St. Stanislaus, with its twin domed towers and considered the “mother church” by Western New Yorkers of Polish descent, will be managed by the same Pauline Friars who own Corpus Christi Church a half-mile away.

“It’s almost like a cheap shot,” said Richard B. Solecki, president of the local division of the Polish American Congress. “It almost seems like the Polish-American community is unworthy of a diocesan priest.”

Concerned members of the community will meet with Solecki to discuss the change at 6:30 p.m. Monday in the Polish Villa restaurant, 1085 Harlem Road, Cheektowaga.

A spokesman for the diocese said the move was a natural and convenient expansion for the friars.

“They came to the consensus that they will assume the ministry and the pastoral leadership of the parish,” said Kevin A. Keenan, of Keenan Communications. “Geographically, it just makes sense.”

Bishop Richard J. Malone elaborated in a news release sent out by Keenan on Sunday afternoon. “The Pauline Friars expressed an interest in expanding their ministry in the diocese,” Malone said.

“After lengthy conversations and prayer, we arrived at the consensus that this was a natural fit. The order has a keen understanding of and respect for the long-standing Polish heritage and traditions of St. Stanislaus. I am confident they will work tirelessly.”

The move takes effect April 12, the Sunday after Easter. The Rev. Mariusz Dymek, the current pastor of Corpus Christi, will manage St. Stanislaus, 123 Townsend St., and the Rev. Michael Czyzewski will do the same at Corpus Christi, 189 Clark St.

The Rev. Thaddeus M. Bocianowski, now at St. Stanislaus, leaves for a new assignment as temporary administrator of St. Padre Pio in Oakfield, with 405 families in the congregation.

Corpus Christi, owned by the Polish order that has managed it since 2004, has 400 families in the congregation and is considered a “Pauline parish.” St. Stanislaus, with 298 families, will continue as a parish owned by the diocese.

Solecki said he is grateful that another priest is coming to the church. But with the closings of many other local churches, he wonders whether there is more to the story.

“Wouldn’t it be appropriate to at least discuss this with the leadership of the Polish-American community?” Solecki said, adding that there are 250,000 people of Polish descent in the Buffalo area. “Are there other motives? Is there something else we’re not being told?”

The meeting at the Polish Villa will give people a chance to talk through the news, he said Sunday.

“We’d like to at least mobilize our community. … We’ll try to see what we find out between today and tomorrow and see what’s going on. Maybe we’ll get some answers,” Solecki said. “We’re not questioning the bishop’s authority. He’s the shepherd, and we listened. …

“I think it could have been handled a little bit more with class and clarity and community.”