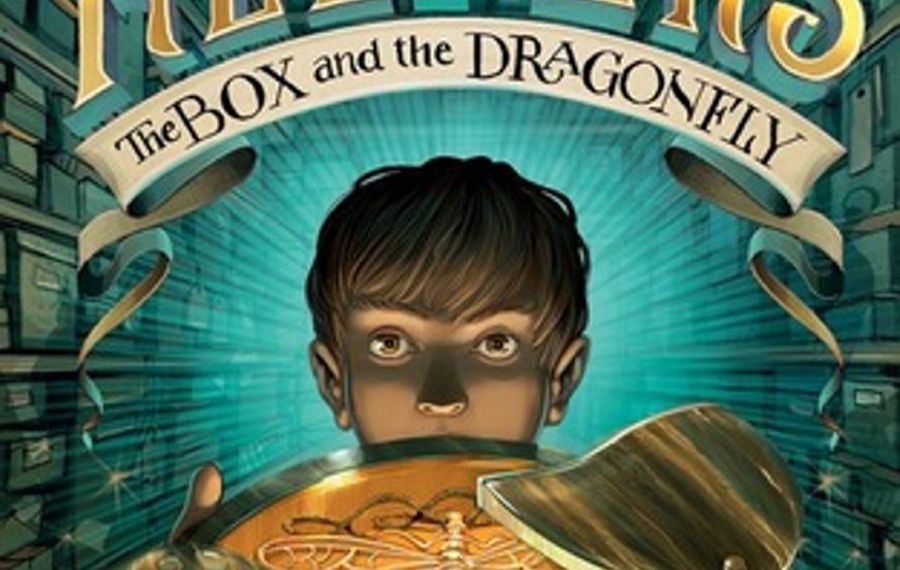 This marvelous debut novel, the first in a series, has everything fantasy fans might wish for: unlikely heroes (a boy and girl) who face horrible villains to fight a battle raging within a parallel reality reached down spooky alleys, abandoned buildings and creepy basements within a real place, the City of Chicago.

The adventure begins when 12-year-old Horace Andrews is riding the bus home from school and spots a sign with his name on it with the words “Artifacts, Miseries, Mysteries.”

After a terrifying encounter with an extremely tall man on the street, Horace discovers the sign actually says “House of Answers” and within he finds an odd collection of mystifying wonders: bins labeled “Odd-Shaped, Ship-Shaped, Shape-Shaped, Implausible, Palpable, Often Lost, Never Found, Tourminda” (just one example of Sanders’ considerable gift for wordplay). In a bin labeled “Of scientific interest,” Horace finds a mask of a human face, a grapefruit sized globe of the earth and a gleaming oval box “made of shimmering striped wood ... the bottom made of a beautiful blue substance, transparent and laced with soft ripples that almost seemed to move.” He chooses the box and together with his friend Chloe and her dragonfly talisman takes on a battle that requires great courage, ingenuity and, interestingly, some understanding of science. Sanders has a gift for words and names (Fel’Daera, Mordin, Alvalaithen) and has crafted an interesting, compelling and suspenseful tale. (The scary villains and threats of harm to children would probably mean a PG-13 rating if this were a movie.)

While her older sister excelled on the athletic fields, in classrooms and at parties, Dawn was that girl who just never quite fit in. Maybe it was her amblyopia, the condition otherwise known as lazy eye, but maybe there was something more going on?

That question animates “Lacy Eye,” an intricately plotted psychological thriller by Jessica Treadway, the story of a mother trying to figure out what happened to her family, and why.

During a home invasion, Dawn’s father is killed, and her mother, Hanna, is brutally injured, disfigured and left with no memory of what happened the night of the attack. Dawn’s boyfriend is convicted of the crime, but three years later he wins an appeal, and Dawn, who has been to college and dropped out, returns to the family home. Gradually, Hanna begins to put the pieces together.

After the attack, Hanna clings to her daughter’s innocence and the boyfriend’s guilt, but she gradually learns more about her daughter. Initially, she had thought that the boyfriend had cast a sort of spell on Dawn and made her compliant to his wishes, but she comes to see it differently.