Thirty years ago this week, Fay’s Drugs and Owl Drugs had a combined 26 locations in Western New York, and both had ads in The News.

Owl Drugs was a chain operated by the Arthur family, which still owns and operates independent pharmacies in the area. 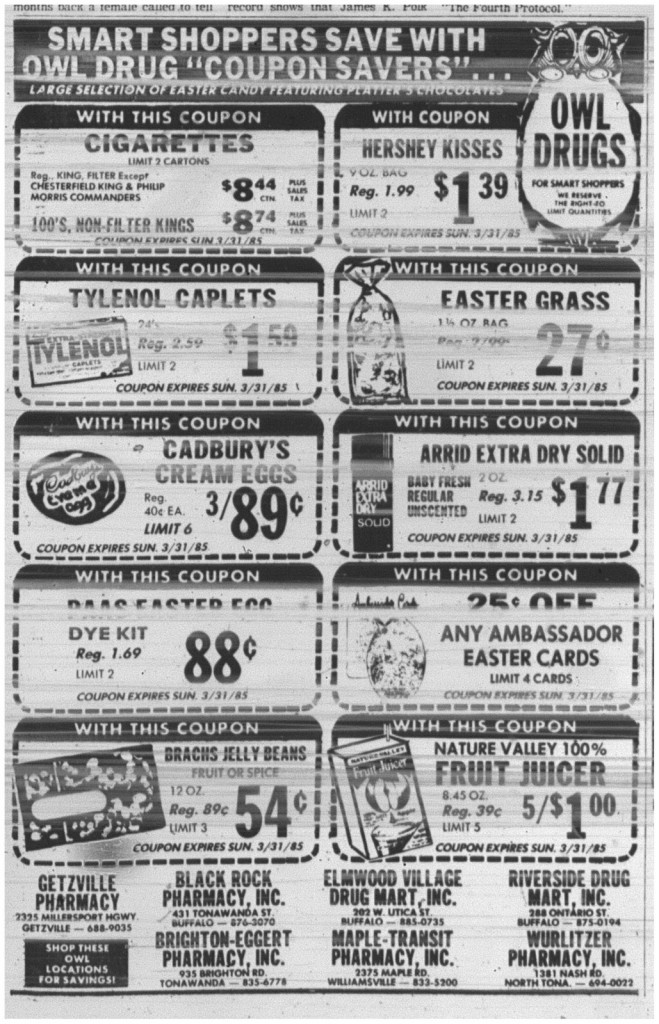