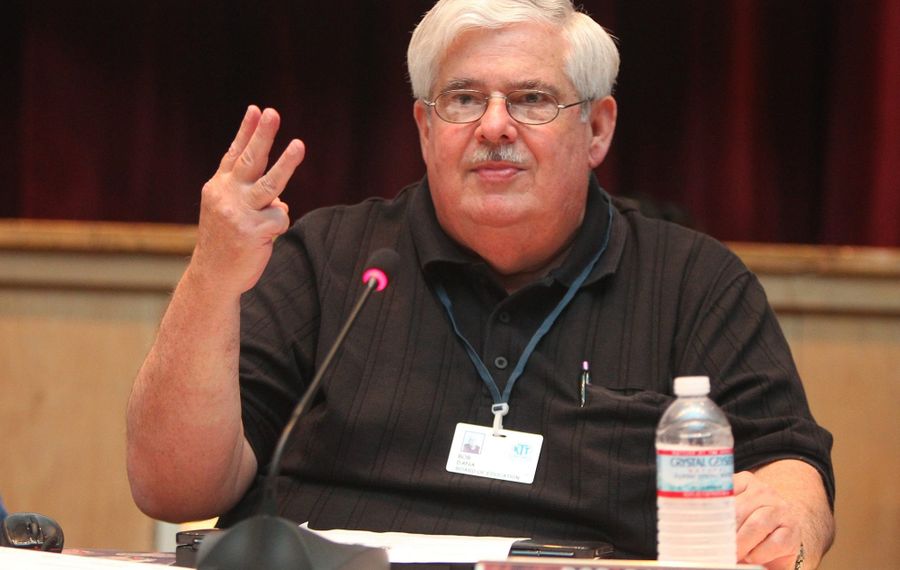 Good for state education officials for pushing back against such irresponsible threats.

As News staff reporter Joseph Popiolkowski wrote, the Ken-Ton School Board voted unanimously Tuesday to “seriously consider” boycotting teacher evaluations and standardized testing in the district in grades three through eight until the governor releases projections of school financial aid.

The consequences of such actions are stark, with the possibility that the state could withhold about $50 million in state aid from the district, and, according to an email from a state education official, remove the School Board. Moreover, a teacher who refuses to administer tests could lose her certification.

How would losing millions of dollars in state aid for a useless cause help students? And how many residents are likely to sign on to pay much more in property taxes in order to make up for the lost state funding?

Some stretch of the imagination has allowed School Board President Bob Dana to think he and the board are justified in their impossible quest.

But their message of defiance to Albany is also sending a strong – and wrong – message to the children that they do not need to be tested on what they have learned. The message parallels the vehement protests of teachers who feel that their work should not be subject to evaluation by the state. It is astonishing to think that some parents and administrators don’t want to know whether students have mastered their course work. The assumption appears to be that everyone is above average. If only life were truly that easy.

The teachers unions have lined up against testing because it is one of the many measures used in their hated evaluations. That opposition has stoked an anti-testing fire under some parents. Although the state standardized tests are not new, some parents say their children are being overtested.

The problem with that logic is that in most jobs – that is, the real world – people are evaluated all the time, and often their jobs depend upon the results. So, what happens when children who have learned from adults that they do not have to be evaluated grow up?

As for standardized testing, it will be an integral part of their education careers.

No one likes taking tests, but students might as well use the standardized tests as practice for truly high-stakes exams like the SATs.

The deputy commissioner in the state Office of P-12 Education in an email to the superintendent made the state’s position perfectly clear: “Please inform them that we have a letter of removal drafted and that we will begin removal proceedings if they choose to pass such a resolution. Feel free to forward this email to your board.”

We hope the message has been received.