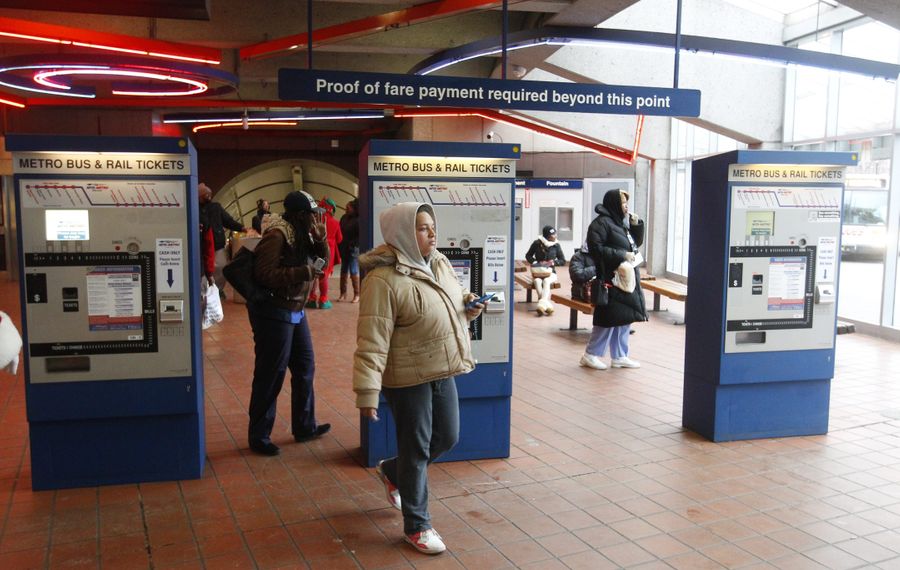 Unless state lawmakers come up with more money, the Niagara Frontier Transportation Authority will run bus and rail service and two airports with about $9 million less than what agency administrators say is needed.

While no major effects on Metro Bus or Rail or airport services are immediately predicted, it is expected that creaky escalators in subway stations will go without replacement and other maintenance and capital projects will be deferred, too. It also means borrowing at high interest rates to replace aging buses instead of using money in reserve.

And as it adopted its own $208 million spending plan on Thursday, the NFTA is now confronting the possibility of more funding reductions in the years ahead. Commissioners approved a study of its transit system – the first in several years.

“While this is a balanced budget, this is not a long-term sustainable budget,” NFTA Executive Director Kimberley A. Minkel told the board of commissioners. “The staff proposes studying how we deliver services throughout Western New York, to make sure we have a system that is sustainable long-term.”

Although nobody is proposing it now, transit officials say the study could recommend significant service cuts without identifying any new way to pay for them.

“Everything is on the table,” authority officials agreed.

NFTA Chairman Howard A. Zemsky emphasized that the authority has managed itself with “fiscal discipline” and a “high level of service” in a way he called “better than any transit authority across the state.”

“We certainly deserve the funding we need,” he said.

Still, the chairman said the NFTA was adopting a “conservative and cautious” budget that can be amended if Albany delivers any increase in operating assistance to fill a $9.8 million need. But because the NFTA predicts that shortfalls from revenue sources like state operating assistance will continue to offset savings in service and operating adjustments as well as lower fuel costs, officials say long term scenarios must be addressed now.

Even savings realized from deferred maintenance on major capital projects like replacing 30-year-old escalators in Metro Rail stations, they say, will eventually be overtaken by rising costs – not to mention the continued need to address them and other capital needs like new buses and more upgrades to aging subway stations.

As a result, commissioners approved a $189,000 contract with Transportation Management & Design of Carlsbad, Calif., to develop a 10-year financial model that recognizes the likelihood of continued budget shortfalls.

“This will allow us to look at how we deliver services in Erie and Niagara counties,” NFTA spokesman C. Douglas Hartmayer said, “recognizing that going forward we have to determine how best to serve our customers with the budget we have to work with.

“Everything is on the table,” he said, including the possibility of reductions in Metro Bus and Rail service.

State lawmakers, meanwhile, continue to work in he last days of the budget process to increase the pot of funding called State Operating Transit Assistance, though there is no indication yet from the Cuomo administration that funding levels will increase from this year’s level.

In other business, the authority authorized a new eight-year contract agreement with Teamsters Local 264 representing 11 transit police captains and lieutenants. The group will receive no retroactive raise for the first three years of the pact, followed by a 2.25 percent increase in the fourth year and a 2 percent increase in each of the remaining four years, plus a one-time $850 signing bonus.