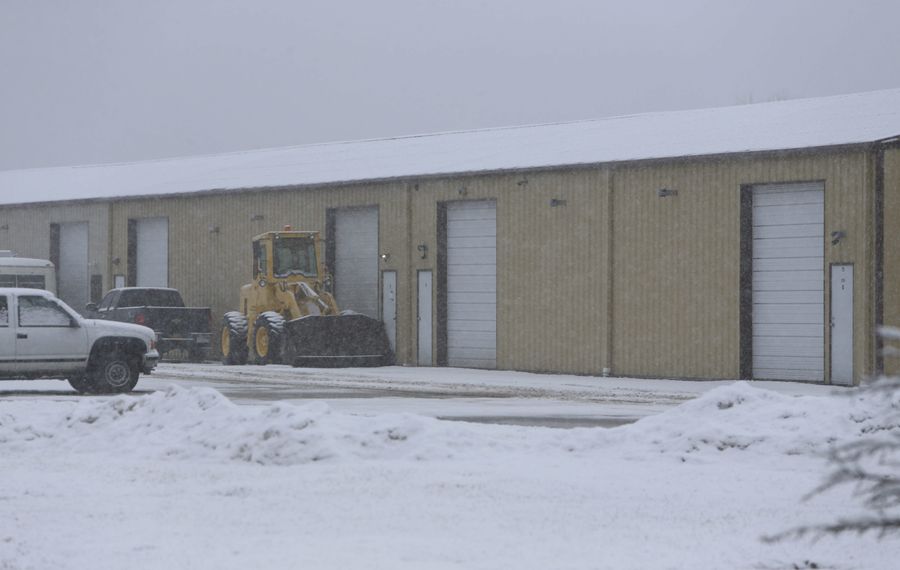 The words “meth lab” and “Grand Island” usually do not appear in the same sentence.

But a week ago, the owner of a Grand Island auto repair shop and his girlfriend were arrested and accused of operating a meth lab inside the Bedell Road garage.

Meth lab busts usually originate in rural areas, but with a “one-pot” cooking method gaining popularity for its simplicity and ease of concealment, police said they are not surprised that these operations are spreading into suburban and urban communities.

But for Grand Island officials and the homeowners living near the “one-pot” lab on the 2700 block of Bedell, the bust came as a shock.

“It is just debilitating for the town. I had calls from neighbors on Bedell Road all concerned for their own safety from the chemicals used. Others wanted to know how can they help. We don’t want this in our town,” Supervisor Mary Cooke said.

The best way to make a stand, the supervisor advised residents, is to stay on top of the court proceedings against Timothy Homa, 32, owner of H&H Performance and Repair, operating out of a storage facility on Bedell Road, and Jennifer Carrigan, 44.

They were charged with felony counts of criminal possession of a controlled substance.

Erie County sheriff’s narcotics investigators believe the two were producing the meth for their own use and to sell to others.

“They had a quantity of precursor chemicals that indicated they weren’t just using it for themselves,” said Alan N. Rozansky, chief of the sheriff’s Narcotics Bureau.

What especially caught the interest of authorities in Homa and Carrigan’s case was where they were operating the lab, Rozansky said.

Meth labs are not uncommon, but for one to crop up in an Erie County suburb says something about the growing demand for the drug, the narcotics chief said.

“The important thing here is that it was in that neighborhood,” Rozansky said. “What I’m saying is that some people have got the perception that it is everywhere else but in Erie County. But this a supply-and-demand situation. The demand is caused by addiction.”

A one-pot meth lab generally involves pouring the different ingredients into a two-liter soda bottle, causing a chemical reaction and starting the “cooking” process. That lasts about an hour and produces approximately 10 grams of crystal methamphetamine. On the streets, one gram can sell for up to $100.

To produce high-quality methamphetamine, a more elaborate operation is required with a heating source, beakers, other heat-resistant glassware, tubes, measuring devices, an ice chest, funnels, tanks and buckets, authorities said, adding that they are not disclosing information that isn’t already well circulated on the Internet.

Both production processes are highly dangerous and can result in explosions if a mistake is made, according to Michelle Y. Spahn, resident agent in charge of the U.S. Drug Enforcement Administration’s Buffalo office.

“It is extremely volatile, and there is a chance for an explosion,” Spahn said.

Meth lab explosions across the country are common. In fact, a second-floor Jamestown apartment converted into a meth lab blew up in November, causing extensive damage.

Meth “cooks,” some of them inexperienced, work with not only volatile but highly flammable chemicals that can include methanol, ether, benzene, and toluene, in addition to household chemicals such as muriatic acid, sodium hydroxide, table salt, and ammonia.

Even the fumes are dangerous when this toxic soup is brewing, authorities say.

So it was no surprise that when a special team of DEA agents conducted the initial entry into the Bedell Road site, they wore masks.

Spahn agrees with Rozansky that the Grand Island couple was both “using the meth and selling it to their friends.”

This was not Homa and Carrigan’s first encounter with the law.

Homa had been charged with felony driving while intoxicated in 2012 after driving his car into a planter box made of railroad ties in a parking lot on Manhattan Street in North Tonawanda. He pleaded guilty to a reduced misdemeanor DWI charge and was sentenced to three years’ probation, 14 days in the Niagara County work program and community service.

Last month, Carrigan was arrested by State Police after she allegedly damaged her ex-husband’s car when he went to pick up their young son at her Baseline Road home.

She was charged with criminal mischief, and accused of throwing a plastic table at the driver’s side door of her former husband’s car while he was in the driver’s seat. That case is pending in Grand Island Town Court.

Since the beginning of 2015, two dozen individuals have been accused of operating meth labs in Western New York, with most of the illegal operations in the Southern Tier.

Grand Island residents can preserve their quality of life by using the legal system, Cooke said.

That means calling in suspicious activities to the county’s narcotics tipline, 858-7755, and attending court proceedings against Homa and Carrigan, who Wednesday night waived a felony hearing in Grand Island Town Court.