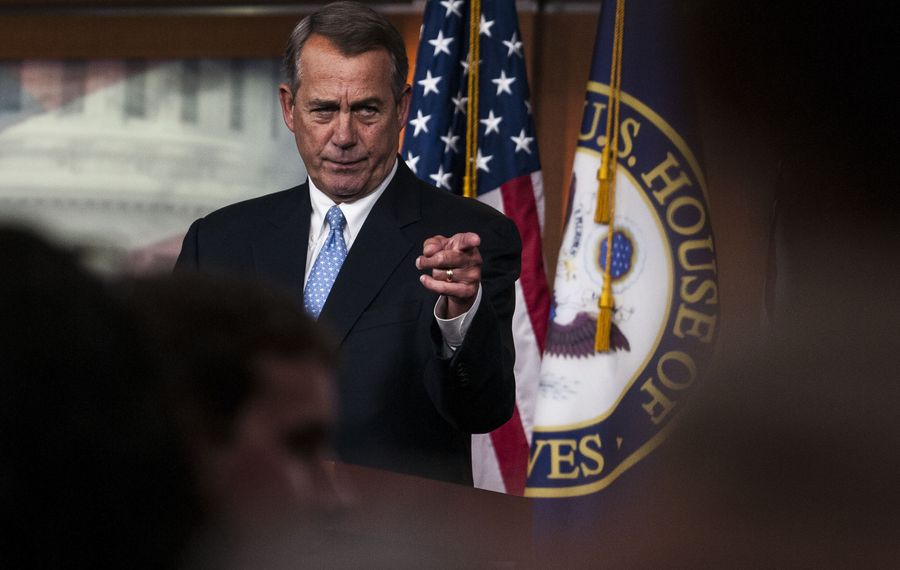 WASHINGTON – If the House of Representatives gets its way, Medicare recipients – in particular, the wealthiest of them – eventually may have to pay more to provide stability for the system’s doctors.

An overwhelming bipartisan 392-37 majority of the House on Thursday adopted a bill that, once and for all, would end an annual threat to the payments that doctors receive for treating Medicare patients.

But the permanent “doc fix,” as it’s known on Capitol Hill, comes at a price. Starting in 2018, senior citizens earning more than $133,500 annually would have to pay higher Medicare premiums. And starting in 2020, the bill includes changes to “Medigap” policies that might or might not cost more for many senior citizens, according to experts in the complicated program.

But in general, doctors, Republicans and Democrats alike lauded the House-passed bill as a boon to the Medicare program, which for years ran the risk of alienating doctors through the threat of a sudden drop in the amount they are paid.

That threat stemmed from 1997 legislation passed in hopes of reining in Medicare costs by sharply limiting how much doctors are reimbursed. The trouble is, that bill limited payments so much that Congress quickly found itself having to pass regular “doc fixes” just to make sure doctors got paid enough to make it worthwhile for them to see patients on Medicare.

Congress enacted 17 temporary doc fixes since 1997. But in the meantime, doctors with large numbers of Medicare patients lived in fear that one year, there wouldn’t be a doc fix and, all of a sudden, their incomes would plummet.

“For many practices, it probably would have ruined them” had that happened, said Dr. Michael J. Edbauer, chief clinical officer for Catholic Health System of Buffalo.

Facing pressure from the medical community for a permanent solution, House Speaker John A. Boehner, R-Ohio, and Minority Leader Nancy Pelosi, D-Calif., did something they rarely do. They started negotiating with each other.

The result was a bill that not only fixes Medicare payments, but reauthorizes the Children’s Health Insurance Program – known in New York as Child Health Plus – for two more years.

It’s a measure that drew votes, and praise, from House members at the opposite sides of the ideological spectrum.

“It’s Congress finally recognizing the reality that we’re not going to cut funding for doctors with Medicare patients by 22 or 26 percent,” said Rep. Chris Collins, R-Clarence.

Rep. Brian Higgins, D-Buffalo, agreed, saying: “These are the kinds of bills that result from bipartisan effort. We should see more of this sort of thing, versus all the drama associated with all the things we do at the last minute.”

Then again, the bill does include the kind of kick-the-can-down-the-road element common in plenty of legislation, in that it doesn’t start fully paying for the permanent doc fix for several years.

For one thing, starting in 2018, seniors making more than $133,500 will have to pay higher premiums. Moreover, the Medigap program will be reformed in 2020 so that those policies that supplement Medicare will no longer cover the deductible for the part of the program that pays for doctor visits and other routine medical coverage. That deductible is currently $147 per year.

The Kaiser Family Foundation said that might not mean higher costs for seniors because the cost of such Medigap policies would likely fall, but the National Committee to Preserve Social Security and Medicare thinks otherwise, saying the change could mean higher out-of-pocket costs for low-income Medicare recipients who buy Medigap policies.

It’s still not clear, either, whether the bill will result in a total legislative victory. Senate Democrats have complained about abortion language in the bill, as well as the fact that it reauthorizes the children’s health program for only two years rather than four.

Nevertheless, Senate sources said that body could take up the measure almost immediately.

“Today, Washington came together for our seniors,” Reed said, “and I am proud to have been a leader in passing these bipartisan Medicare reforms.”