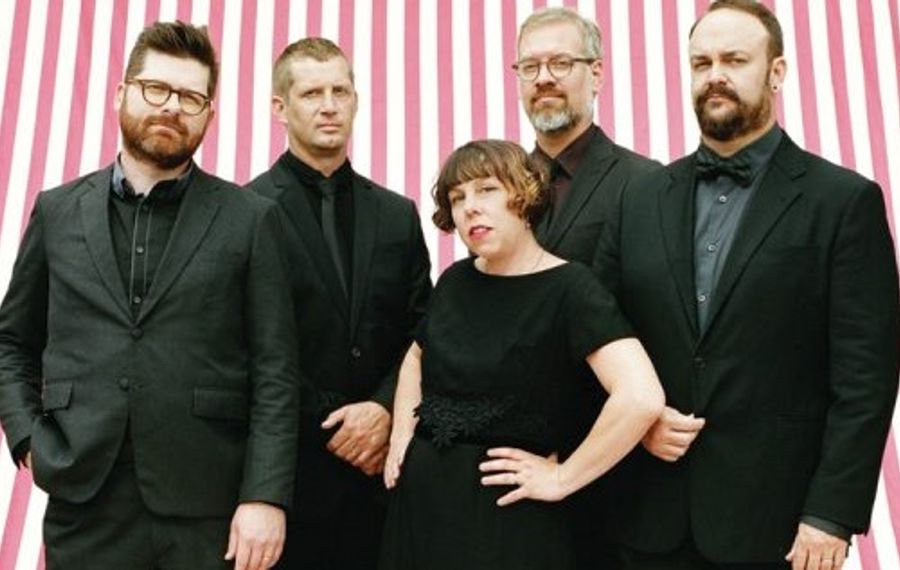 The Decemberists are a bit of an anomaly in the music world. The band’s balladry and folk rock storytelling earned a Grammy nomination and won acclaim from critics, mainstream radio and independent and college radio. Coming off of a three-year hiatus, the band – Colin Meloy (vocals, guitar), Chris Funk (guitar), Jenny Conlee (keyboard, accordion), John Moen (drums) and Nate Query (bass) – released “What a Beautiful World, What a Terrible World” last year and the record continues to dazzle 2015.

With the new album taking a seemingly slower and more personal approach, I was curious to learn what ideas the band had cultivated in its time away. In a recent interview, Funk shares what the band members thought of their success, the new album and its eclectic live show, which you can see at 8 p.m. April 1 in the University at Buffalo Center for the Arts.

Buffalo.com: Going into the writing and creating of “What a Beautiful World, What a Terrible World,” was there a real sense of renewed energy after coming off a hiatus?

Chris Funk: I think so. It was a long period of recording at about a year and a half. We’re so used to making a record and coming off the road; we were refreshed. It was a different kind of energy. It was nice to get back to normal.

Q. The record seems very earnest and sincere in a very intimate and introspective way. Were those all sentiments that were considered in the writing and recording?

A: I think some of the material was written during “The King Is Dead” era, and I think that record is the beginning of a change in subject matter, a more personal shift. It’s hard to say exactly what the objective is. We weren’t really working on a tone of sorts. This is the first record in a long time where we haven’t had a sort of working theme. It was novel and refreshing to show up and just make a record. We were just showing up and making music.

Q. The Decemberists have really straddled the boundary between independent college folk rock and mainstream folk rock. Where do you see yourself in relation to both sides?

A: We’re a little bit of an anomaly in that way. It’s a cool spot to be in. We’re a part of the new model of the music industry, where commercial radio is interacting with independent stations and hearing what they’re playing. We’ve built up where we are over the years, and radio was a huge part of where we’ve gotten to, on both sides, and that’s what’s important.

Q. For touring this record, are there any special things that we can expect in your live show that haven’t happened during other tours?

A: It’s a really fun show. It explores all of our music, and I think there are songs off of every record. Our drummer made us a new whale for “The Mariner’s Revenge” song. He’s kind of like our mascot, and we’ll see how long he holds up.

Q. How do you personally interpret the title of the record? What does it mean to you as not only a person, but how does it relate to you guys as a band?

A: The idea of a band is kind of a stupid thing. Every band has its ups and downs, and those that survive it are those that become the closest friends and the ones who show the most respect to each other. It takes a lot of work to get there. It’s been an awesome experience and we’ve been very fortunate … I guess the terrible part would be eating Kentucky Fried Chicken on the Jersey Turnpike at 3 in the morning. But also the hard work that comes with being in a band.

Who: The Decemberists with Alvvays

Where: University at Buffalo Center for the Arts, Amherst