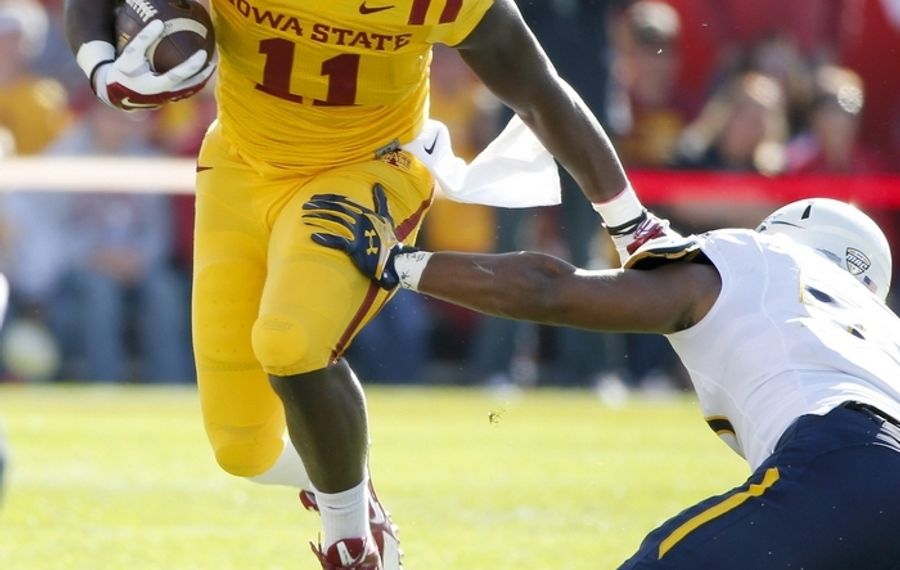 Lowdown: A junior college transfer, Bibbs established himself as one of the best tight ends in the country in two seasons with the Cyclones, being named to the All-Big 12 team as a senior. A co-captain, he caught eight touchdowns in 10 games – averaging a touchdown every seven catches – in 2014, missing the last two games of the season because of a knee injury that required surgery to repair a torn meniscus, an injury that kept him out of the Senior Bowl and on-field combine workouts. Being looked at as a fullback by some teams.

They said it: “A kid who obviously has talent. We saw that in a lot of games this year. I’ve had him in my top-10 tight ends pretty much the entire way, but he’s a late-round pick. … He’d probably come in right now as the ninth- or 10th-best tight end available, which puts him in the late-round category.” – ESPN draft analyst Mel Kiper Jr.

The Buffalo News is profiling 45 prospects in 45 days leading up to the NFL Draft, which begins April 30.