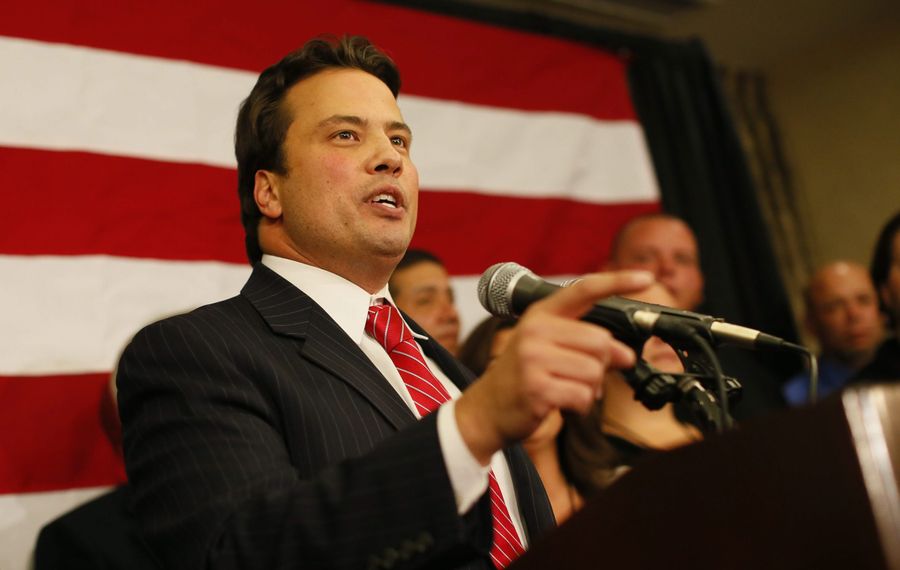 County Comptroller Stefan I. Mychajliw Jr. said Wednesday he will not run for county executive this year and will instead offer “1,000 percent” support to fellow Republican Christopher L. Jacobs for the post.

Mychajliw, who was considered with Jacobs one of two top contenders to challenge Democratic incumbent Mark C. Poloncarz this year, said family considerations – including his recent engagement – loomed foremost in his decision.

But he also said it is becoming increasingly clear that Jacobs – the county clerk – remains the choice of a wide spectrum of party leaders, and that he was urged to reach his own decision “sooner rather than later.”

“For party unity, I am taking myself out of contention to give Chris Jacobs a clear path to our nomination,” he said Wednesday. “It is important for me to put politics aside, do what is best for our party, which is uniting our efforts behind a Chris Jacobs candidacy for county executive.”

He also hinted that he believes Jacobs will eventually declare his candidacy, and for the clerk to decide against running this year would result in negative consequences for Erie County Republicans.

“Chris Jacobs is a man of integrity and would never damage the party like that,” Mychajliw said, adding “every message” he receives points to strong Republican support for the clerk.

Jacobs has consistently said he is considering a run against Poloncarz this year, despite the underdog role most observers tag to his potential candidacy. They note that the incumbent scores strong poll ratings, has encountered no major problems in office, and emerged from the November mega-snowstorm with high marks.

But Jacobs is also seen as offering “cross-over” appeal to Democrats, who form a strong majority in Erie County. They also note that Jacobs has won two overwhelming victories in Democratic Erie County, has proven his ability to raise money, and can devote significant resources of his own to a race expected to cost at least $1 million.