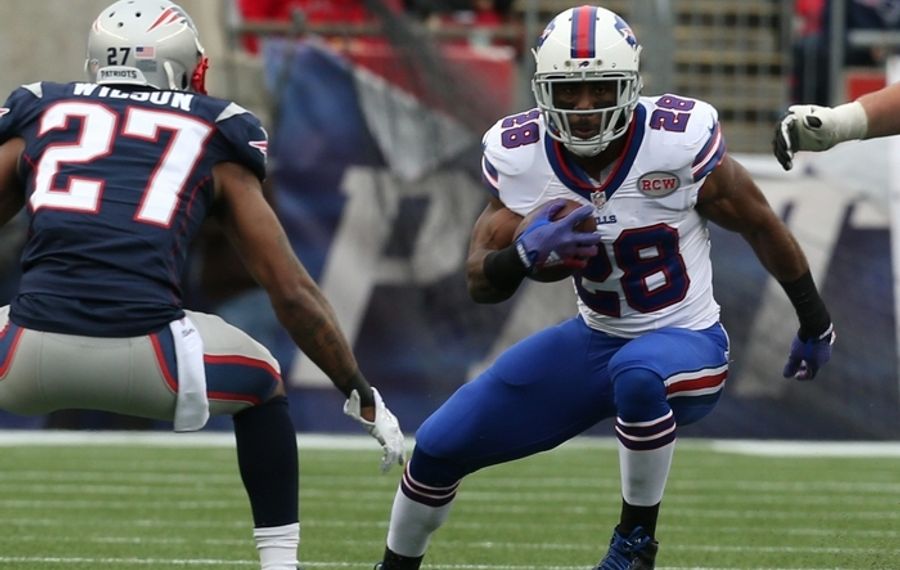 PHOENIX – The comings and goings at One Bills Drive in the past few weeks impact more than the team that resides there.

They also affect other clubs in the NFL – namely those that lost or gained a player to the benefit or detriment of the Bills, depending on your point of view.

At least one coach of another team in the league, Minnesota’s Mike Zimmer, thinks the Bills did well with the acquisition of former Vikings fullback Jerome Felton.

Felton had a Pro Bowl season for Minnesota in 2012 when his blocking helped Adrian Peterson rush for more than 2,000 yards. In the Vikings’ scheme of offensive coordinator Norv Turner, the fullback has a far less important role than he does for new Bills OC Greg Roman, who along with new coach Rex Ryan believes in a power-oriented running game.

“He’s a better blocker than a receiver,” Zimmer said Wednesday during the NFC coaches’ breakfast with the media at the NFL meetings. “He can go get on linebackers, get on defensive ends, that’s what he can do.

“Jerome is a terrific team guy. I thought he was terrific last year” Zimmer’s first in Minnesota, “not knowing him before. He’s very, very physical, he’s tough. He comes to work and does everything you’d like him to do. He’s a good kid.”

Zimmer also mentioned that he was surprised by the rapid development last year of rookie quarterback Teddy Bridgewater. That resulted in the benching of veteran Matt Cassel, whom the Vikings traded to the Bills.

Philadelphia Eagles coach Chip Kelly is understandably thrilled with being able to acquire former Bills linebacker Kiko Alonso in exchange for running back LeSean McCoy. He has to be, considering he gave up on of the NFL’s premier players.

Kelly has an obvious connection with Alonso, having coached him at Oregon.

But what else made the former Ducks player, who missed all of the 2014 season after suffering a major knee injury just before training camp, a must-have for the former Ducks coach? Alonso’s impressive rookie year in 2013.

“A hundred and fifty-nine tackles in 16 games, four interceptions, played every defensive snap,” Kelly said. “You just turn the tape on and you know what kind of player you’re getting.”

However, the coach who might very well be the happiest with the recent acquisition of a former Bill is Sean Payton of the New Orleans Saints. Payton couldn’t say enough good things about running back C.J. Spiller, whom the Saints signed as a free agent.

And that was even after Payton pointed out that Spiller wasn’t initially a target of the Saints.

“That became something after the first three or four days where there was some interest, a little bit more momentum, and then it was, ‘Hey, Coach, you need to watch these three games … hey, let’s go back and look at this two-season study … let’s go back ...,’” Payton said. “And you’re watching this player and all the things that you would hear from a scout that studied him. You’re skeptical and you put the film on and he’s dynamic.

“Man, there’s some snaps on film where he’s the fastest guy in the stadium and it’s not even close. So he comes on the visit, you get a chance to meet and be around him. It’s all football and then it’s like we can’t let this guy leave the building without a contract. I mean, really, he’s impressive. I think he loves football.”

Still, Payton doesn’t see Spiller’s passion or the fact he once held a prominent role in the Bills’ offense as challenges to his ability to accept that he will share the rushing load with Mark Ingram.

“I think a running back understands the attrition of 16 games and, quite honestly, there’s some games where he was the one guy that they’re getting the ball to offensively and there’s a lot of eight-man” fronts, “there’s a lot of stress that goes into that player physically,” Payton said. “But when he can be part of a group, I think he can play longer and then when you look at his yards-per-touch or yards-per-carry, that can be a better number, a more efficient number.

“When I gave the vision to him and the agent and we talked, it wasn’t a response where, ‘I need X-number of carries a game.’ It was the opposite. It was like, ‘Man, put me in these spots, Coach, I’ve heard about.’ It was exciting.”