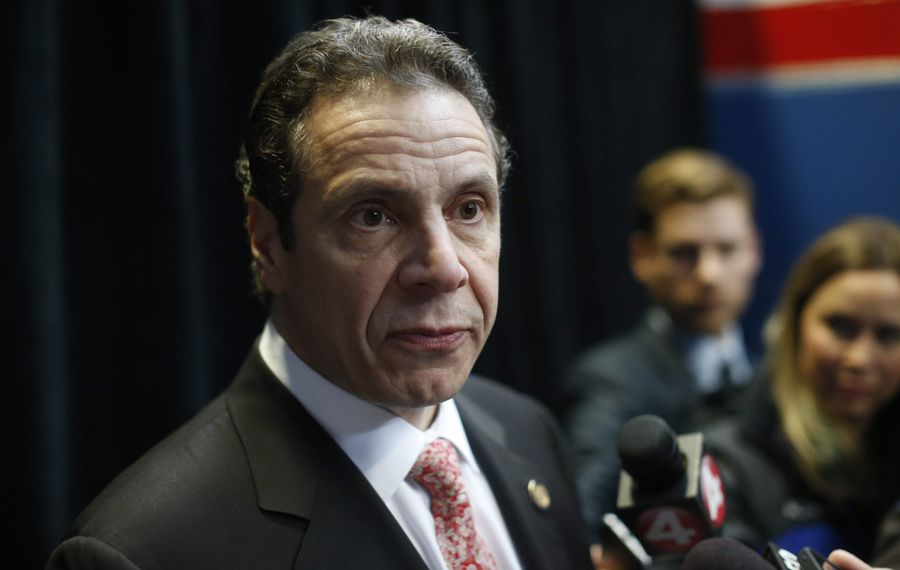 ALBANY – Tuesday at the State Capitol will go down as concession day.

Criminal justice, education, infrastructure, immigration and tax issues all started falling off the budget table as Gov. Andrew M. Cuomo and lawmakers erased their previous lines in the sand. It was a sure sign of a desperate push for an on-time state budget by next Wednesday.

For instance, soon after Catholic Church leaders mounted a last-ditch push for a tax-credit plan to help private and religious schools, Cuomo said the idea has been dropped from budget negotiations following stiff opposition by Assembly Democrats.

The education tax credit, Cuomo said, joined the DREAM Act, a proposal to provide college aid to children of undocumented immigrants, as just two of the issues being jettisoned from talks in the budget rush during the final week before the 2015-16 fiscal year begins.

Cuomo wasn’t ready to publicly concede on his insistence on state-imposed stronger job-performance evaluations for public school teachers. But lawmakers in both the Assembly and the Senate said Tuesday that an idea to form a commission – a go-to route in Albany when sides can’t agree – was under discussion to address changing how classroom teachers in the state’s 700 school districts are evaluated. Cuomo administration officials sought to tamp down “rumors,” later saying that nothing has been agreed to.

Assembly Speaker Carl E. Heastie, D-Bronx, in his first round of budget talks as the leader of the Assembly Democrats, said little, except that the teacher-evaluation issue is “a big item” still unresolved.

Senate Republicans said that there is no prospect for approval for Cuomo’s plan to create an independent monitor to step in when grand juries do not indict police officers in cases in which they have killed civilians.

Assembly Democrats pushed aside another Cuomo plan, which aimed to give Albany the power to place failing public schools into state receivership. Cuomo said the idea is still under discussion.

After a rare direct appeal to Senate Republicans to try to break a deadlock on expanding state ethics laws directed largely at lawmakers, Cuomo also said his proposal to raise the age of adult criminal responsibility from 16 to 18 also now appears out of the budget talks. He said the issue was too “complex” to resolve before next Wednesday.

That immediately angered Assembly Democrats, with whom Cuomo still has to work on other unresolved budget matters. A couple of hours later, the Cuomo administration took to Twitter to “clarify” the governor’s comments by saying the criminal-justice issue was still under discussion in the budget.

Even traditional fiscal matters were being moved out of budget talks and punted until later in the session. The biggest: how to spend nearly $6 billion in unexpected legal settlement proceeds. There has been a fight over how to spread the money to various needs, such as how much for a big downstate Thruway bridge project or for aging roads and other infrastructure needs in other parts of the state.

“The windfall is something that I believe should be settled outside the budget … rather than rushing,” Senate Majority Leader Dean G. Skelos, R-Rockville Centre, said of the dispute with Cuomo and Assembly Democrats over the funding.

Cuomo walked one flight of stairs from his office to talk directly with Skelos’ GOP colleagues on the dispute over how to expand ethics laws in the aftermath of another year of Albany scandals, highlighted by the January arrest of former longtime Assembly Speaker Sheldon Silver, D-Manhattan, on federal corruption charges.

It was an unusual move for the governor, who prefers to have people visit him in his Capitol office or in the nearby Executive Mansion. It was noteworthy – though not surprising, given his sour relations with Assembly Democrats – that Cuomo chose to spend time with Republicans from the Senate and not Democrats on the other end of the hallway.

Sources who spoke on condition of anonymity because of the sensitivity of the budget talks described the closed-door meeting as cordial and heavy on platitudes. The meeting focused heavily on Cuomo’s insistence on linking budget approval to toughening ethics laws. Of special interest to Senate Republicans, a number of whom practice law, is a proposal to require disclosure of names of clients. Senators told Cuomo face to face of their concern about client confidentiality, and he repeated his push to do something in this session to help improve Albany’s image.

In his fifth year in office, Cuomo clearly has much fence-mending to do with lawmakers, and Tuesday’s closed-door meeting with Senate Republicans represented an attempt to reach out.

But afterward, Skelos, who has largely sought to avoid the media in recent weeks, volunteered a number of issues that Senate Republicans had successfully killed in budget talks. On Cuomo’s plan to raise the minimum wage, an idea that business interests tied to the Senate GOP vehemently oppose, Skelos said there had not even been “serious” discussions yet.

Throughout the day, every imaginable special-interest group worked the Capitol. The music industry, seeking tax breaks like those given the film and television industries, pushed their cause on the Million Dollar Staircase in between the two legislative chambers. Rank-and-file union members, with matching T-shirts such as Communications Workers of America, descended on legislators’ offices.

The Catholic Church, meanwhile, put its New York spiritual leader, Cardinal Timothy M. Dolan, on television ads Tuesday pushing Cuomo not to back down on a proposal to provide credits for donations to scholarship funds that is seen as primarily benefiting religious and private schools. Later in the afternoon, the church released a bulletin that it will be giving to parishioners on Palm Sunday quoting Dolan’s concerns about Cuomo’s past inability to get the tax-credit plan through. Dolan called on the governor to be “unwavering” that the credit be included in the budget.

An hour later, Cuomo gave his answer: No.

Meanwhile, Assembly Democrats back his proposed DREAM Act, but Senate Republicans oppose it.

“They’re both dug in,” Cuomo said of the two issues, “so it was pointless in the budget.”