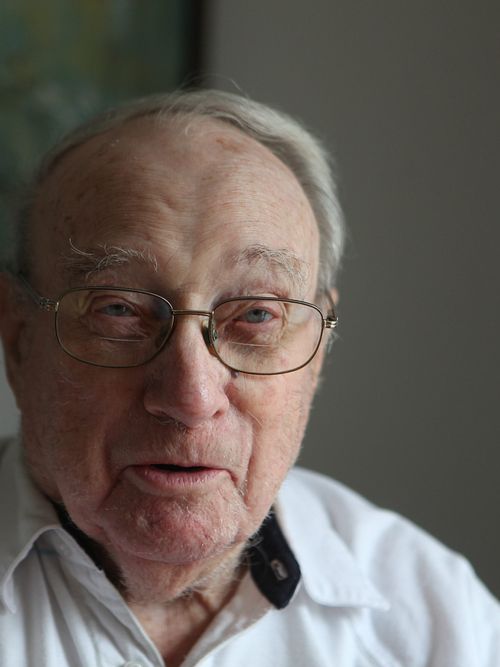 Born in Buffalo, he delivered newspapers for The Buffalo Evening News while he was a student at Annunciation High School.

After graduation, he got a job at The News as a copyboy and aspired to be a reporter.

Drafted in 1941 into the Army Air Forces, he was assigned to aerial gunnery school in Florida. Deployed to North Africa, he was a ball turret gunner on 50 B-17 bombing missions over Sicily, Italy, France, Germany and the Balkans, exchanging fire with enemy aircraft.

He wrote several first-person accounts of his aerial battles and sent them back to The News, which published them.

He attained the rank of staff sergeant and was awarded 10 Army Air Medals and the Distinguished Flying Cross.

After the war, Mr. Callahan returned to work as a copyboy, attended Canisius College and took a job as a news editor at radio station WBNY.

Still attending college, he accepted a job at the Buffalo Courier-Express as a police reporter.

He then became a business reporter and became financial editor in 1952, a post he held until the newspaper closed and he retired in 1982.

A collection of his articles appears on the open page of the life-sized sculpture, “The Newspaper Reader,” which sits on a bench at the entrance to Rich Products’ Renaissance Atrium at One Robert Rich Way.

He was a member of Lorenzo Burrows Post 78, American Legion; the Brighton Men’s Senior Golf League and the Monday Bowling League.

Survivors include two daughters, Kathleen M. and Patricia A. Sampson; a son, Michael; four grandchildren and a great-grandson.

A Mass of Christian Burial will be offered at 9 a.m. Tuesday in St. John the Baptist Catholic Church, 1085 Englewood Ave., Town of Tonawanda.