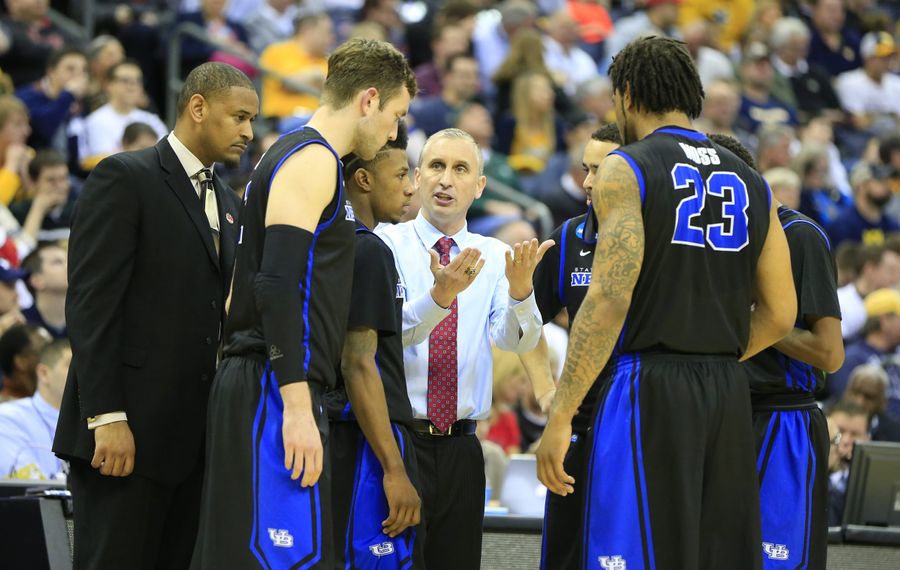 The hangover from the University at Buffalo’s NCAA Tournament loss to West Virginia should not last long for UB fans.

Let the anticipation for the next college basketball season begin: UB should be even better next year.

“A lot of guys are returning next year, and a lot of these guys are very talented players,” said graduating senior Xavier Ford. “I feel like we have a lot of high-major players on a mid-major team.”

UB loses only two seniors from its Mid-American Conference championship team and should get a significant upgrade from four highly touted new additions. Ford, a 6-foot-7 starting forward, and Will Regan, the 6-8 sixth man, are the only graduation losses.

“Ultimately I’m excited about the enthusiasm about our program and what we’re doing, and the excitement that Buffalo had to back us here,” UB coach Bobby Hurley said. “It felt great. And it’s something to build on with so many players coming back.”

Given his fame, it’s apparent Hurley can leave UB for more money in a bigger conference almost any time he wants. However, Hurley has given every indication he intends on staying at UB for at least another year. UB has been working on renegotiating his contract for a couple weeks.

Why the optimism? It’s not just that returning to the Bulls will be MAC Player of the Year Justin Moss, star sophomore guard Shannon Evans and MAC all-freshman point guard Lamonte Bearden.

Hurley and his staff have four big-time recruits on board:

• Torian Graham. He’s a 6-foot-5 wingman who transferred from the University of Houston in December. Graham is a former top-100 high school recruit from Durham, N.C. He has range on his jump shot and an explosive move to the basket.

UB assistant Levi Watkins recruited Graham out of high school for North Carolina State when Watkins was with that Atlantic Coast Conference school. Graham has been practicing with the Bulls since January. He will be eligible after the fall semester, in mid-December.

He’s a Cleveland native who had a big year for Midland College in Texas. O’Field is an athlete with a strong frame. He plays off-guard and small forward and should give UB another lock-down perimeter defender to go with swingman Rodell Wigginton.

• Nick Perkins. UB tapped into assistant coach Nate Oats’ Detroit-area connections again to land this 6-8 power forward last fall. Perkins picked UB over Kent State, Toledo and Akron, among others. He helped Milan High to the Michigan Class B title last year, and his team is favored to repeat this year. He’s averaging 17 points and 10 rebounds.

• Nate Navigato. He’s a 6-7 or 6-8 forward from Geneva High School in suburban Chicago. Navigato is a big wingman with three-point range. He stretches the floor with his shooting ability and catches and passes well. His finalists were Buffalo, Toledo and Lehigh.

Ford and Regan did a lot of dirty work down low. UB will have to develop new chemistry to replace the leadership and character those two provided.

UB will be relying on Perkins, 6-10 junior Raheem Johnson and 6-10 freshman Ikenna Smart, who sat out as a red-shirt this year, to fill the inside presence on the low post opposite Moss.

That post committee shouldn’t have to score a lot. Graham, O’Field and Navigato should make UB even more potent offensively.

UB ranked 11th in the MAC in three-point shooting, at 31.9 percent. UB was ninth in three-pointers made per game (5.8). The Bulls got better down the stretch. Over the last six games, UB shot 40.5 percent behind the arc. Still, over the majority of the season, UB could have used more threats on the perimeter.

The newcomers should make UB a lot deeper, too. UB went only 7ø players deep this year (counting Johnson’s contributions as a half). UB’s bench played only 28 percent of the minutes, which ranked 263rd in the nation, according to kenpom.com.

UB (23-10) is no lock to win the MAC again. Regular-season champion Central Michigan brings everyone back. Kent State returns a lot and had five guys sitting out this year. Akron always is good. But UB has the pieces in place for more wins.

UB will hold a pep rally for its men’s and women’s basketball teams at 3 p.m. Monday at Alumni Arena.