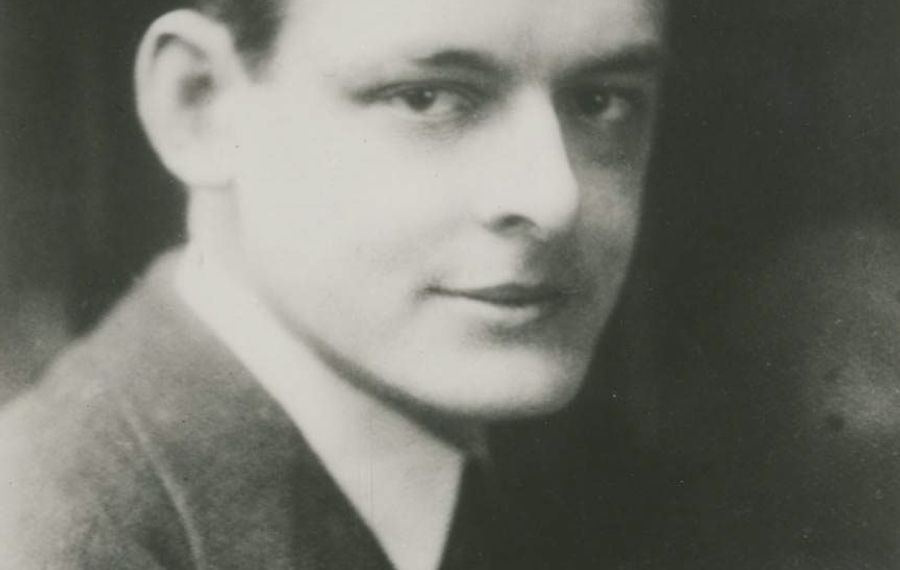 Has any other long-lived poet made his reputation on as few good poems as T.S. Eliot? Granted, he had to work in a bank to make ends meet and his wife was often sick and he was not well himself. But his parents in St. Louis were well off and sent money all the time. He could have taken a job as a professor at Harvard or Cambridge any time he wanted.

But he was a plodding person. The only things he enjoyed were sailing and dancing. And sailing almost killed him. Negotiating the coast of Maine in a sailboat without an engine was suicidal. He survived.

Dancing, on the other hand, did him in. It threw him into the arms of his first wife, Vivian, who also loved to dance. Once they were married, she made sure his career as a philosophy professor at Harvard never happened. Crawford tries to argue that she believed in Eliot’s poetry when few did and may even have helped edit it, but there’s little evidence given for that assumption. What is clear is that she gave him her controlling, neurasthenic personality, reserving her fun side (what little there was of it) for her not-so-secret lover, Bertrand Russell.

To hide the fact that he was a serial bad decision-maker Eliot destroyed as much of his correspondence as he could. But his second wife, Valerie, lived until 2012, helping to assemble enough information for a biography. The present author’s mentor, Richard Ellmann, started to write it but Eliot’s anti-Semitic remarks turned him off.

The lack of information about the early years in St. Louis and on Boston’s North Shore make the first chapters heavy going. A reader would be well-served to start on Page 91 at the end of Tom’s freshman year at Harvard. He was neither a good student, nor an interesting person until he made friends with a fellow poet, Conrad Aiken, and discovered a book about French Symbolists.

Aiken provided the support that the young poet needed and something clicked when Eliot read Verlaine’s edict: “Take eloquence, and wring its neck.” But one more ingredient was needed in the formation of Eliot’s distinctive voice.

One of his Harvard professors, Van Wyck Brooks, may have provided that ingredient when he wrote, “the American is independent of tradition; lacking an appropriate reservoir of myths and tradition suitable for ‘modern cosmopolitan life,’ he had to ‘think it all out for himself.’ ”

American writers from Henry James to Ezra Pound to Ernest Hemingway went to Europe to escape the genteel culture of America. Eliot had received a full dose of philistinism growing up in affluent communities in St. Louis and Gloucester, Mass. To avoid that and to experience cultures that had myths and traditions “appropriate for ‘modern cosmopolitan life’ ” Eliot took a post-graduate year at Oxford. He only returned to America for visits.

The problem with this long book is that so much of it must be devoted to the times when Eliot wrote the many essays that have dated badly in the post-modernist world. These pages strain the reader’s interest often to the breaking point, though the self-serving letters of Bertrand Russell are worth the price of the book by themselves.

The pages devoted to the writing of his poems are few and far between but fascinating nonetheless. We learn that “The Love Song of J. Alfred Prufrock” was written in Munich – not London or Paris – after a series of life-threatening illnesses. Eliot’s muse had more to do with illness than inspiration.

The “Portrait of a Lady” was written while Eliot shared a house with several older unmarried women in the Radcliffe section of Cambridge. In it were traces of the raunchy, unpublished, anti-Semitic, racist and sexist “Bolo poems” of his early college days. No wonder Eliot burned as many of his letters and drafts as he could get his hands on.

“Gerontion” came from a period in his life when a wave of patriotism smashed against a breakwall of bureaucratic bumbling that nearly drove him mad and left him feeling like a useless, old man.

The final verses of “The Waste Land” were written “in a trance – unconsciously” while seeking in Switzerland a cure for his debilitating depression.

Ezra Pound cut “The Waste Land” in half by removing the narrative sections about sailing in New England and a night out in a seedy part of Boston, leaving only the juxtapositions of striking images the poem is known for. (Pound was, after all, a self-declared Imagist.)

The extensive notes to “The Waste Land” were written to avoid the charge of plagiarism. Eliot admitted later that he probably went too far, making the poem a windfall for scholarly research rather than the graphic picture of the modern world it was meant to be.

The documentation is impressive, showing how a mediocre student grew into an internationally known poet and intellect. He had many great teachers but his cold, suspicious personality made him a difficult disciple. The man who influenced him the most, the Symbolist poet Jules Laforgue, was dead, Pound was a great help, introducing him to the artistic movers and shakers and saving his greatest poem, “The Waste Land,” by cutting out some of the worst drivel Eliot ever wrote. But Pound was an extrovert and Eliot an introvert so they didn’t spend much time together. Pound gave up on England and spent most of the rest of his life in Southern France and Italy when he wasn’t in a mental hospital in New Jersey.

Eliot was taken in by the Bloomsbury group not for his poetry but for his scholarly essays. “The Waste Land” didn’t work for Virginia Woolf until he read it to her in his strangely musical monotone. He wasn’t in awe of them either. Being British wasn’t as attractive to him as is commonly thought.

The Symbolists provided the model for the stripped down language he would use in his poetry, but they weren’t mixing myths with the modern world. Pound’s Cantos and Joyce’s “Ulysses” were, but their results were Eliot-like. The people that populate “The Waste Land” were (in Eliot’s words) those who “dived very deep and comes up holding some hitherto unseen submarine creature.” So who were Eliot’s models?

One possibility is back in America and shares Eliot’s Puritan roots. Nathaniel Hawthorne in his novel, “The Scarlet Letter,” also combined the present with the mythic past, creating the closest thing to Eliot’s bleak view of the world.

“The Scarlet Letter” is two books – one laid on top of the other – an ancient book found in the Custom House where the narrator worked and a modern novel written in the Transcendental era. The themes of civil disobedience and self-reliance are mixed up with the myths of Adam and Eve and Satan’s fall. In “The Scarlet Letter” as in Eliot’s best work every passage must seen through two radically different lenses.

The myths of our upbringing are finite, and if those myths obsess you, there is only a finite way of bringing them to consciousness and then to art.

Both Hawthorne and Eliot discovered “an appropriate reservoir of myths and tradition suitable for ‘modern cosmopolitan life,’” [and each] “had to ‘think it all out for himself.’”

Eliot’s poetry “throttled the neck of eloquence” and its effect is still with us. But the mixing of modern life with ancient myths was too difficult a task to impose on “the viewless wings of poesy.” This aspect of Eliot’s work made its way to art forms that involve more of the senses. In music, dance, painting and sculpture, after all, footnotes are not needed to explain what the artist intends.

The first volume of this biography ends with the publication of “The Waste Land” on Dec. 15, 1922. For the second half we will have to wait until 2020 when the correspondence between Eliot and the love of his life, the American Emily Hale, is made available.

She rejected his marriage proposal but they wrote to each other for the rest of their lives. The early letters are lost but the ones Eliot sent to Hale beginning in 1930 are in the Princeton University Library. Crawford hopes they will provide crucial insights into the second half of Eliot’s life.

Maybe old “Possum,” as he liked to call himself, will then have to stop playing dead.

William L. Morris is the co-inventor of the News Poetry page.He now lives and writes in Florida.