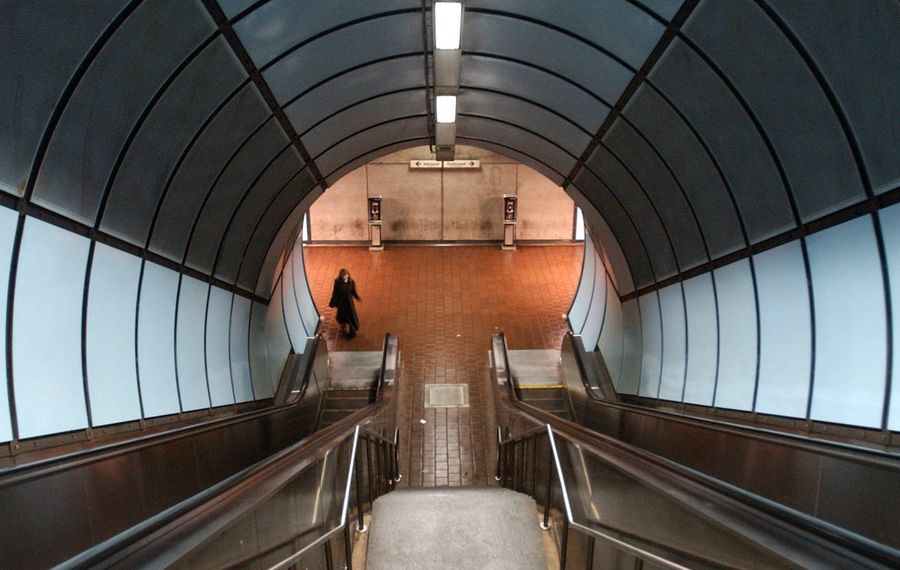 Plans to fix Metro Rail’s creaky escalators will be shelved, purchasing new buses will prove more expensive, and some service will be reduced under a budget the Niagara Frontier Transportation Authority is scheduled to adopt this week.

But commuter eyes are now fixed on Albany, as a state budget is supposed to be in place by April 1 and legislators seek to bail out ailing upstate systems with more transit funding, even if Gov. Andrew M. Cuomo’s initial proposal appeared anything but sympathetic.

As a result, the agency will most likely adopt Thursday a $217 million budget reflecting the zero increases proposed, NFTA Executive Director Kimberley A. Minkel said.

While the NFTA can amend its budget later if Albany responds to its request for an additional $9.8 million in operating funds, Minkel said her agency has no choice but to put off the $27 million multiyear effort to replace subway station escalators that are breaking down after 30 years of operation.

In Albany, though, Assemblyman Sean M. Ryan and others are seeking more State Transit Operating Assistance funds for all upstate transportation agencies.

“We’re watching it very carefully and don’t know where we’re going to end up,” Minkel said of the Albany budget process. “But next week we’re going to have to adopt a budget based on a zero percent increase in operating assistance.”

So far the governor’s budget and transportation policymakers want the upstate systems to do without any increases. Like last year’s budget process, administration officials are not flatly ruling out more transit aid, but emphasize that funding sources such as taxes on fuel distributors and landline phone companies are declining. They point out that the administration has kept funding flat when the declining revenues should have resulted in an almost 5 percent decrease.

“The governor took action in his budget to keep state funding for NFTA and other upstate transportation systems whole, even while their dedicated revenues declined,” said Cuomo spokesman Richard Azzopardi. “The budget process is ongoing and we will review any and all comments on our proposals.”

In Western New York, the NFTA will borrow instead of using its own funds to purchase new Metro buses in the coming year. Some Metro service will be curtailed here, she said, though she does not expect any drastic reductions.

The most serious adverse effects, Minkel said, concern more delays in replacing subway station escalators that are often blocked off for repairs and discourage new ridership. Minkel said technicians will continue to try to patch and repair until money becomes available.

Nevertheless, Assembly members from key upstate cities propose a $25 million hike in operating funds for transportation authorities in Buffalo, Rochester, Syracuse, Utica, Albany, Binghamton and Watertown in a unified approach. The Assembly also proposes creating a board to recommend new ways to ensure growth and fiscal stability among the upstate systems.

The Senate proposes only a $9.3 million hike for all upstate transit authorities, which falls far short of the NFTA need alone.

“We hope this is a step toward recognizing the financial needs of our small city transit systems, and a more rational way of funding for them,” he said. “This is all being done in a new atmosphere. Nobody is being discouraged from advocating for these common interests.”

Ryan and 11 upstate colleagues – including Democratic Assemblywoman Crystal D. Peoples-Stokes of Buffalo – also propose a new incentive that would separately provide 80 cents in state assistance for any new rider. That means an upstate system with annual ridership of 25 million would receive an additional $4 million annually for reaching 30 million.

Ryan offered an example of what could result by proposing a two-year pilot program to reduce Metro Bus and Rail fares by half to $1. He called it a “social experiment” to determine if drastically reduced fares would spur ridership and enhance revenue for the NFTA.

Citing studies, he estimated the $1 fare would increase ridership by 15 percent and supply new funds under the incentive proposal advanced by the Assembly.

Though the Senate’s budget proposal appears to fall short of upstate needs, Sen. Patrick M. Gallivan, R-Elma, says those transit agencies should receive the same proportional increases as the MTA.

“I’m in agreement that we have to advocate for the upstate transit authorities in their entirety,” he said, endorsing the “package deal” proposed by the Assembly.