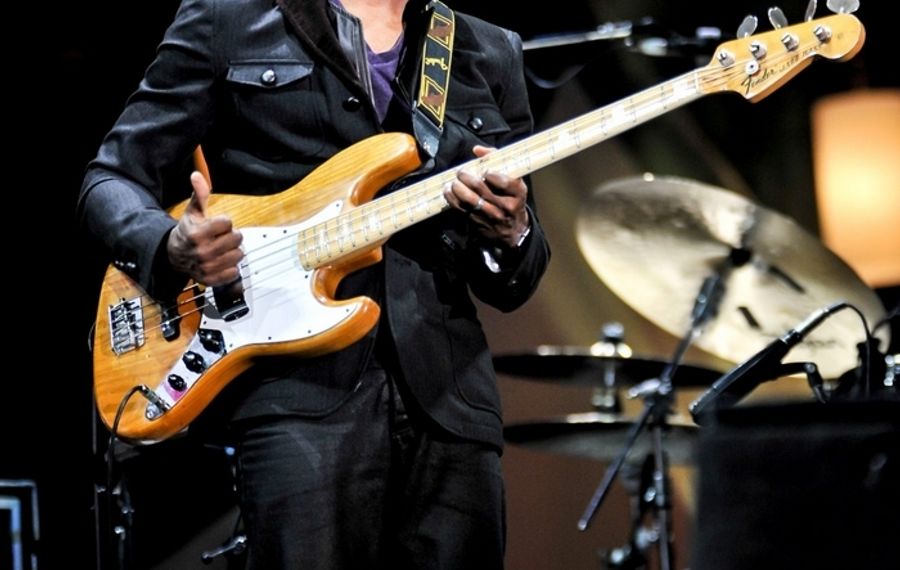 Marcus Miller, “Afrodeezia” (Blue Note). As a composer and player able to summon grand vistas and command evocative moods without the aid of song lyrics, Marcus Miller has an impeccable track record. With Miles Davis in the ’80s, Miller crafted the story-song suites “Tutu” and “Siesta,” albums that beautifully married thematic material from different cultures and countries to Miller’s inherent funkiness. He’s been doing the same thing ever since, whether leading his own band, or playing alongside the likes of George Duke, David Sanborn, Stanley Clarke, Victor Wooten and dozens of others. With “Afrodeezia,” Miller hits new heights as composer, bandleader and player, as he winningly blends thematic material from the African continent, Brazil and New Orleans into a compelling, soulful hybrid. The concept behind the album grew from Miller’s work as a UNESCO Artist for Peace, a gig that routinely finds Miller acting as a musical ambassador around the world. Noting that a through-line can be located between, for example, Africa and the American South, Miller then traced the manner in which slavery brought with it a spreading of musical seeds. Miller’s core touring band – saxophonist Alex Han, trumpeter Lee Hogans, pianist Brett Williams, guitarist Adam Agati and drummer Louis Cato – joins a host of African, Brazilian and American musicians, and a jaw-droppingly juicy list of guest contributors, including Public Enemy’s Chuck D., vocalist Lalah Hathaway, keyboardist Robert Glasper, trumpeters Etienne Charles and Ambrose Akinmusire, guitarists Keb’ Mo and Wah Wah Watson, bassist/producer Mocean Worker, organist Cory Henry (Snarky Puppy) and cellist Ben Hong. Not at all surprisingly, the level of musicianship is uniformly high, the performances are inspired and soulful, and the balance between improvisational virtuosity and finely detailed melodic/harmonic content maintained throughout. Miller has been tagged with various labels over the years, but at heart, he’s a jazz composer who brings elements of funk, neo-soul, R&B and progressive fusion to the party, and that’s what happens throughout “Afrodeezia,” with the added element of new cross-cultural musical hybrids thickening the gumbo. The result is a world music that lacks the self-consciousness that plagues so much music made by American musical tourists. This may well be Miller’s crowning achievement to date. ½ (Jeff Miers)

Philip Glass, Valentina Lisitsa Plays Philip Glass: “The Hours,” “Metamorphosis,” “Mad Rush” and other works performed by pianist Valentina Lisitsa (Decca, two discs). Controversy always seems to come with the territory for Philip Glass. One of the more fabled disagreements by two of the more tempestuous film moguls of our time – co-producers Harvey Weinstein and Scott Rudin – took place over Philip Glass’ music for the movie of “The Hours” starring Nicole Kidman. Weinstein wanted something else. Rudin wanted Glass’ score used. In this particular set-to, Rudin couldn’t have been more right. Glass’ film music – almost always effective – was used in a particularly haunting way in “The Hours.” Among pianists, there is a bit of a controversy about the digital virtuosity that is optimal when playing Glass’ piano music. One school is that Glass himself – assuredly no piano virtuoso by any definition – often plays his own piano music in concert. It is no small mark of the brilliance of Valentina Lisitsa’s two-disc traversal of Glass’ piano music that she seems to fully understand when to avoid it assiduously and when to employ all the gymnastic skill she’s capable of in, say, Rachmaninoff’s Third Piano Concerto. Lisitsa is not only devoted to playing the piano music of contemporary minimalists, she is exemplary – perhaps definitive – in doing it. Previously, she recorded the piano music of Michael Nyman. On this two-disc set, she performs Glass’ “Glassworks,” music from “The Hours” and “The Truman Show” and “Here Now,” “Mad Rush” and his music for lighting the Olympic torch. ½ (Jeff Simon)

Bruckner, Symphonies Nos. 6 and 7 performed by the Royal Concertgebouw Orchestra conducted by Mariss Jansons (RCO, two discs). It is indisputable that with some orchestras and some composers, the identity of the conductor may well matter quite a bit less than with others. The Concertgebouw Orchestra has such a rich history of performing the Bruckner symphonies (with Van Beinum, Haitink and Jochum) that you could argue that almost any major baton-wielder would be responsible for a fine recorded Concertgebouw performance of Bruckner. Bruckner thought his sixth symphony the “sauciest” of his symphonies, despite its relative lack of partisanship among Brucknerians. The Seventh is much more familiar and popular in the Bruckner canon. Latvian-born Russian conductor Mariss Jansons has been the chief conductor of the Concertgebouw since 2004 (and was, of course, a frequent guest conductor before that). That’s how performances as splendid as this happen almost as a matter of course. ½ (Jeff Simon)

Dave Stryker, “Messin’ With Mr. T: Celebrating the Music of Stanley Turrentine With Eric Alexander, Don Braden, Jimmy Heath, Javon Jackson, Mike Lee, Bob Mintzer, Tivon Pennicott, Houston Person, Chris Potter and Steve Slagle” (Strikezone). CTI records lives – sort of. And thank heaven for jazz that it does. A good argument could be made that the last time pure jazz was truly commercial and genuinely popular with listeners in large numbers was on Creed Taylor’s CTI label and its little brother Kudu – Stanley Turrentine, Wes Montgomery, Grover Washington Jr., George Benson, Freddie Hubbard. What happened rhythmically on those records was a brother to rock and R&B, but the music on top – the arrangements and solos – are earthy mainstream jazz, often of a surprisingly elegant and polished variety (Paul Desmond’s and Randy Weston’s records especially). And now, for one of the genuinely spectacular jazz records of the fall, guitarist Dave Stryker – a stalwart of The Buffalo News concert series on the steps of the Albright-Knox Gallery – has assembled the most likely candidates in current jazz to pay delicious Chitlin Circuit club jazz tribute to one of CTI’s greatest musicians, soul jazz tenor lion Turrentine, who died 15 years ago. Before his death, guitarist Stryker toured with him for more than a decade and recorded with him twice. What this terrific disc does is take Stryker’s solid blue-collar organ jazz trio – featuring organist Jared Gold and drummer McClenty Hunter – and add some of the great living jazz tenor players in Turrentine and Turrentine-type repertoire: Chris Potter, Jimmy Heath, Don Braden, Bob Mintzer, Houston Person, Eric Alexander and more. The results are one of the great jazz tribute discs of the past 15 years and a record as deserving of maximum popularity as some of the great CTI classics it seems to pay such tribute to. Potter, who plays Coltrane’s “Impressions” with Stryker, said, “There’s no better person to pay tribute to Stanley than Dave because the musical values Stanley always stood for – swing, soulfulness, taste, melody and beautiful sound – are carried forward in everything that Dave plays.” It’s no surprise that everyone Stryker asked to be on this incredible all-star disc agreed immediately. This disc – to be released in early April – is the perfect way for an art form struggling to retain listenership to launch into spring. In the words of an old Clifford Brown tune title, here is a perfect reason for a “Joy Spring” in jazz discs.  (Jeff Simon)