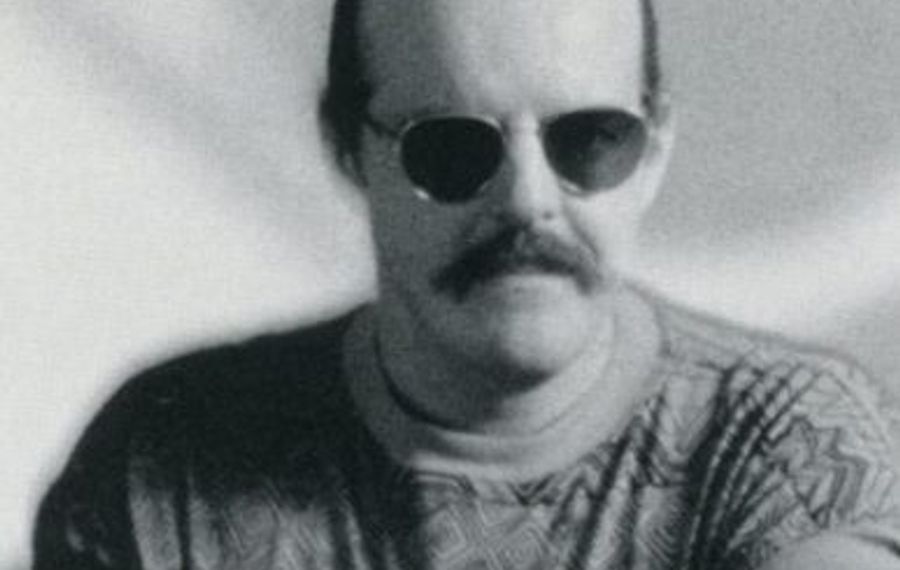 Walking into the Sportsmen’s Tavern last Wednesday, the normal bonhomie and warm charm seemed to be obfuscated, as if viewed through a fog.

People smiled in greeting, offered a handshake or a hug, but one had the feeling they were faking it. Everyone appeared to be in a state of mild shock.

The event – a gig by the jaw-droppingly virtuosic progressive outfit Haiku – was well-attended, but its purpose had been hijacked. Most of those in attendance had learned of the death in a plane crash of revered Buffalo drummer Ted Reinhardt just prior to heading to the Sportsmen’s that night. The rest found out when they got there.

None of them seemed to believe it.

The man who had the most daunting emotional mountain to climb that night was surely Haiku leader and guitarist George Puleo. As a founding member of Buffalo’s greatest-ever progressive fusion band Gamalon, Puleo had known Reinhardt as both dear friend and bandmate for decades. He and his Haiku cohorts – bassist Jim Wynne (another Gamalon veteran), drummer Hugh Arthur and percussionist Spencer Balden – had learned of Reinhardt’s death shortly before taking the stage Wednesday.

They looked like they were devastated. But the show must go on. And it did.

Puleo did most of his public grieving through his guitar. Haiku played with a blend of sensitivity and blazing emotion throughout the night, and the band was joined for large sections of the set by former Talas guitarist Dave Constantino, another Reinhardt friend and bandmate. Constantino aided Puleo in the creation of what, under different circumstances, would have been one of the most celebratory evenings of Buffalo guitar artistry in the memory banks of anyone in attendance, myself included.

Puleo played with searing intensity and lyricism, as if the ultimate expression of grief and love would come via fingers, strings, pickups and electricity. To call this deeply moving is somehow not quite enough. But it will have to do.

Reinhardt was more than Buffalo’s premier drummer; he was also a kind man who had time for words of encouragement to musicians of diverse styles, ages, tastes and skill level. His enthusiasm for music, in evidence when I was lucky enough to spend time with him over the past 25 years, was infectious and unquestionably genuine. If you played music in Buffalo, you knew about Ted. Or you should have.

He and his bandmates in Gamalon – or Rodan, Taxi, Willie & the Reinhardts, Ron Locurto & the Reinhardts, the Dave Constantino Band, Junction West, and for a period in the late ’70s, Spyro Gyra – set the bar for musicianship at a daunting height. The lessons I learned from seeing Reinhardt over the years invariably came down to commitment – a desire to stretch toward greatness, while maintaining integrity and dignity during that quest. I’m far from alone. Nearly everyone I spoke to at the Sportsmen’s on Wednesday offered a variation on a similar theme.

“I saw him do a solo at a club on Hertel Avenue when I was just a teenager,” recalled guitarist and fine artist Sean Madden. “This was when he played with Taxi. It was so fierce and fast that it scared me. I decided that this was the level of musicianship I wanted to attain – to play so intensely that it scared people. That solo changed my life. I transferred that energy to my artwork, too.”

That’s key, right there – we all transferred something of Ted into what we did ourselves.

“I remember seeing Teddy as a kid with Gamalon and Willy and the Reinhardts,” remembered musician and teacher Brian Herlihy (of Type Relevant). “He was one of the most influential musicians ever to come out of Buffalo, and the few conversations I had with him were extremely educational. He was always working on his craft and learning. What stood out the most was his feel, which was unmatched. In my heart, I know he was the best. It’s a huge loss to the community.”

“Ted was one prince of a human being,” said Rick Strauss, who worked with him in Spyro Gyra. “I knew Ted before we played together. We were neighbors. Ted was one of the most open musicians I have ever met. When I would see him, we would talk about Zakir Hussain, Trilok Gurtu, John McLaughlin and other musicians from around the world, and he was always telling me enthusiastically about someone new to listen to. Playing with Ted was always a joy. Odd time signatures were never a problem for him. Remarkably, I never heard Ted say a bad word about anyone or to anyone, ever.

“I got to play with him one more time last year. I feel like I’ve had all the air sucked out of me. I will miss him dearly.”

I have a cherished Reinhardt memory of my own. The drummer tracked me down to pay a compliment on a review I’d given to a progressive rock artist in The Buffalo News. He was thrilled that I had written about “our music” in the paper, and expressed disappointment that such things were not happening too much anymore. Ted waxed enthusiastic about a cult band from the late ’60s called Touch, asked if I’d heard of them – I hadn’t, to my embarrassment – and insisted that I’d love them, because “they are the link between psychedelic music and progressive rock.” I ran into Ted at a prog show shortly after that conversation, and he’d brought the Touch CD with him, hoping he’d see me. “I know you will listen to this album for the rest of your life,” he said.

He was right. I love that disc. And I treasure it all the more because he gave it to me.

“I have a Facebook page called Buffalo Drummers,” musician Bill Mason told me. “The love for Ted from other drummers is overwhelming and is a true testimony to his career. Here is what I posted there: In the late ’70s while I was still in my late teens, I would go see Ted play at Hotel California on Hertel Avenue. His back was to the front window. As long as the door was open and you could hear the music, the best seat was on the sidewalk watching Ted lay it down!”

“One of the more influential bands Ted was in was Rodan,” said Marc Weinstein. “In ’74-’75-’76 those guys did King Crimson, Mahavishnu Orchestra, Gentle Giant, Genesis, etc. – all the most difficult stuff to play, for an enthusiastic audience every Sunday. I learned so much from watching Ted. I was so inspired by his technical prowess, his dynamic sensitivity, but also always by what a beautiful big-hearted guy he was. There was never an ounce of attitude to go along with how great he was. His parents would come to every show in the earlier days, and then later, his mom would almost always be there. Ted had such loving support from his parents.”

He did. And it showed.

The mark of the master musician is the understanding that the journey never ends. The mark of the great human being is the understanding that kindness, empathy and encouragement trump the tendency toward being judgmental, unkind and aloof. Ted Reinhardt was both master musician and great human being. We were lucky to have him here and we should remember what he taught us.