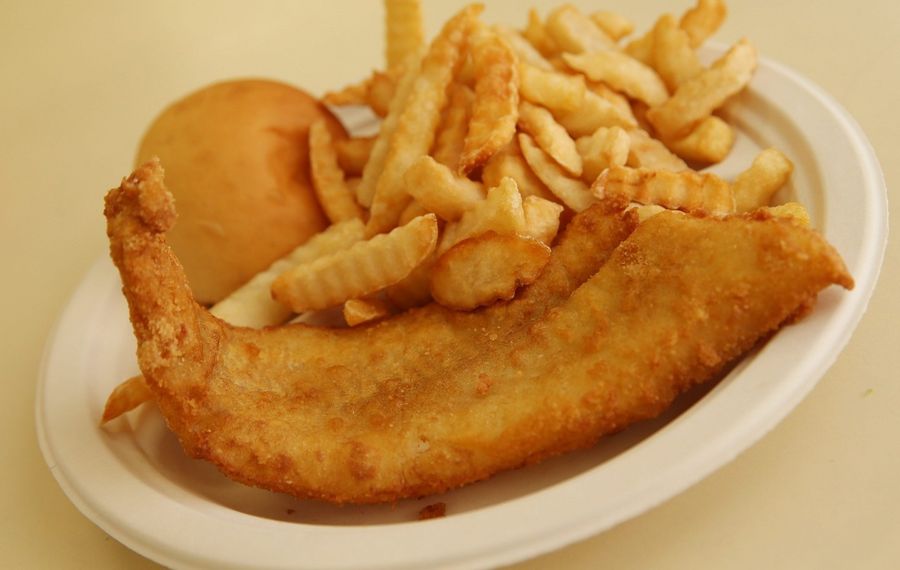 When it comes to regional culinary delights, Buffalo Niagara has a heritage dripping with chicken wing sauce and piled high with beef on weck.

But when you talk to people who have spent their lives in this area, it seems we're also swimming in fish fries.

"I grew up Catholic, and meat was never allowed on Fridays," said Brian Lewandowski, a member of AMVETS Post 897 in Blasdell. "It was a family tradition. But as luck would have it, the Friday fish fry has turned a penance into sheer pleasure."

Beer-battered haddock and cod really sizzle during Lent, the six-week season of Catholic penitence and fasting that began Wednesday and ends the day before Easter.

But every Friday is fast becoming fish fry Friday in hundreds of restaurants, church halls, and veterans and social clubs in the Buffalo region.

"More fish landed in New England ends up along the I-90 corridor between Albany and Buffalo than anywhere else in the Northeast," said John Zaffiro, owner of Channel Fisheries of Boston.

Of the 10 million pounds of fish the company harvests every year from the North Atlantic, up to 3 million pounds is distributed in Western New York, he said.

The only other states that come close to consuming such a quantity of fish fries are Wisconsin and Ohio, seafood distributors say.

Although spawned by the large Catholic population in the Buffalo Niagara region, the fish fry phenomenon today reaches far beyond Catholic practices and venues. Its appeal has become, in a word, catholic. Protestant churches, lodges, veteran groups, private functions and scores of restaurants and pubs serve the popular Friday fare.

"I traveled the United States and the world when I was in the service, and I've experienced fish fries from California to England," said Kevin Barczykowski, head chef at Murphy's Tavern on the Green Restaurant in Williamsville. "But those fish fries are nothing like we have here. Buffalo has almost cornered the haddock fish fry market."

Haddock is used in about 90 percent of all local fish fries, according to seafood suppliers. Next comes cod.

"In the late 1950s, blue pike from Lake Erie was the choice for fish fries, but as the population of lake pike declined, haddock and cod became popular," said Robert Jaus, third-generation co-owner with his brother, Richard, of the Hayes Fish Co. on Harlem Road in Snyder, the oldest seafood wholesaler in the Buffalo region.

The company, which was founded in 1877, distributes up to 2,000 pounds of fresh fish a week to three dozen restaurants, clubs and churches in Buffalo and its suburbs. The fish is mostly North Atlantic haddock, which is transported here from Boston in refrigerated trucks. Some haddock is flown in from Iceland.

Fish consumption in the Buffalo Niagara region has risen markedly in the last few years, he said. Haddock accounts for 60 percent of the company's shipments, with cod running at 40 percent.

"Fish fries are a major reason for that," he said. "That's where most of our haddock and cod wind up."

Icelandic Brand seafood is distributed locally by Robert DeWitt, a third-generation wholesaler in Clarence. One of his customers is Murphy's Tavern on the Green, where Barczykowski prepares 200 pounds of fish for Friday lunch and dinner, about 50 pounds more than a year ago.

Although he specializes in beer-battered, boneless and skinless haddock, Barczykowski said broiled haddock is now a popular choice among his "health-conscious customers."

Beer-battered cod, for example, has 330 calories, compared with 104 calories in baked cod, said Timothy Bucko, head chef at Niagara University. Bucko cooks fish fries on campus for 700 students and between 50 and 100 faculty members.

Hayes Fish Co. has a specialized customer base. At its shop in Snyder, filets of Arctic char go to restaurants like Fanny's on Sheridan Drive in Amherst. Hayes also has a retail shop at 3279 Delaware Ave. in the Town of Tonawanda, where every day is fish fry for takeout customers.

In churches and halls in the Buffalo Niagara region, people like fish fries because they are good value, averaging $6 for a dinner that includes fish, baked potato or fries, coleslaw or macaroni salad, and bread and butter.

The AMVETS post in Blasdell serves up to 300 fish fry dinners between 1 and 9 p.m. every Friday at its Lake Avenue hall, said Chuck Marsillo, commander of the post.

"I look forward to all the fish fry specials at this time of the year," Maureen Currie of Blasdell said as she flaked cod onto her fork.

"I'm Irish and from South Buffalo," said fellow diner Patricia Stacey, "and fish fry is a Friday tradition in our family."

The tradition can be a lucrative one. St. Paul's Episcopal Church in Lewiston expects to make $5,000 in profits from six Friday fish fries during Lent, said head chef Blair McEvoy, a captain with the Niagara Falls Fire Department. The money will help pay for an elevator to make the church accessible to handicapped people.

For Catholics, eating fish has a real significance, especially at this time of the year.

"The season of Lent is one of penance and renewal as we approach the celebration of the Passion and the Resurrection," said the Rev. Joseph G. Hubbert, chairman of religious studies at Niagara University.

In earlier times, meat was a rich man's food, and the penance of abstaining from eating it every Friday was a church tradition until the Second Vatican Council of 1962 to 1965 decided that abstinence need be observed only on Ash Wednesday, Good Friday and every Friday during Lent.

Our Lady of Fatima Shrine has been a tourist attraction in Lewiston for nearly 50 years. Every Friday in its dining room, area residents and visitors are served fish fries.

"We serve fresh haddock from Scandinavian countries," said the Rev. Julio Ciavaglia, the director and a fish fry aficionado.

And how does he like his haddock -- baked or beer-battered?