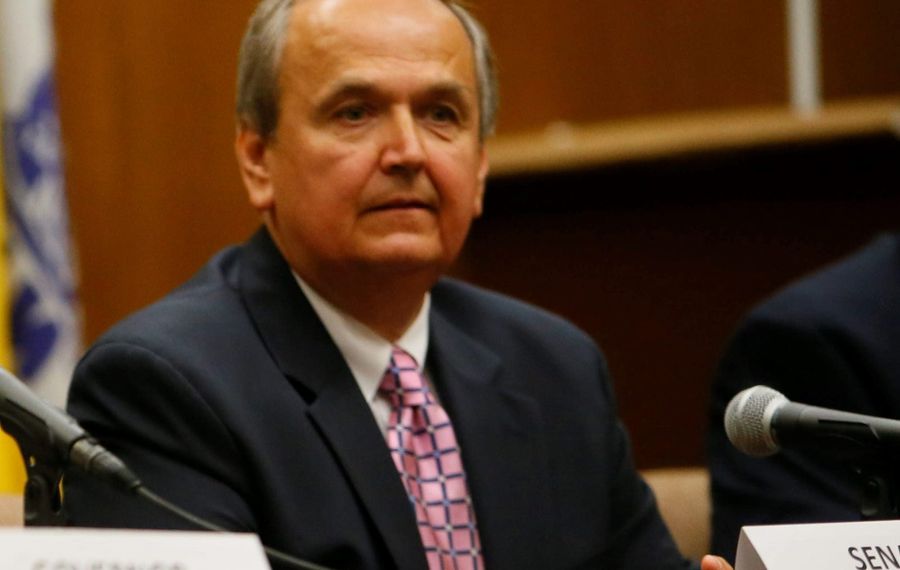 Then-State Sen. George D. Maziarz directed aides to destroy old campaign-related bills and receipts last spring, just before federal prosecutors ramped up a probe into Albany corruption and the misuse of political donations for personal use, The Buffalo News has learned.

Federal officials are investigating Maziarz’s move, even as his lawyer argues that Maziarz was within his rights under the records-retention rules found in state Election Law, according to three sources with a close view of the matter.

The conflict adds a fresh layer of intrigue to a criminal investigation that has already led to one marquee arrest, that of Manhattan Democrat Sheldon Silver, the long-time Assembly speaker.

“You should stay tuned,” Preet Bharara, the U.S. attorney in New York City who is calling the shots, told reporters as he explained the charges against Silver last month. Bharara said his office has a number of probes going on and hinted that more arrests will come in the effort to clean up the Capitol.

When he announced plans to retire, Maziarz acknowledged in July that federal investigators were looking at his campaign fund. But health problems and the desire to spend more time with family prompted him to leave the State Senate, not the investigation, he said. He insisted he had “nothing to hide."

Tens of thousands of dollars from the fund went to purchases at department stores, restaurants, grocers and florists, and to pay off credit card bills for unspecified purposes, his campaign reports show. The short-lived Moreland Commission to Investigate Public Corruption found that the Niagara County Republican had more unitemized expenses over a six-year period than any other state lawmaker, according to a report in City & State magazine.

The commission had promised to delve deeper into the use of campaign cash for personal needs. But its work ended when the Legislature and Gov. Andrew M. Cuomo struck a deal last March to dissolve the panel.

That’s when Bharara stepped in.

The three sources tell The News that just before Bharara’s team received the Moreland Commission’s research — to pick up where Cuomo’s panel left off — Maziarz directed that some of his own records be destroyed.

Maziarz had learned that, under state law, he needs to keep bills, receipts and other supporting records for five years after closing out an election season, but not longer than that, one source told The News. Aides in his Lockport office were then directed to trash records that Maziarz believed no longer had to be maintained, according to the sources.

While destroying old records is not a crime, concealing potential evidence is another matter. A section of the U.S. code forbids the destruction of records in an attempt to impede a federal investigation.

Susan Lerner, director of Common Cause New York, a group urging reforms to instill an honest and open government, said she finds the timing of the records purge troubling if done in anticipation of a federal inquiry.

“The Moreland Commission identified some general areas for inquiry and concern," she said. “Had the Maziarz campaign previously destroyed records when they hit the five-year limit?"

She said the development “underscores yet again how badly we need ethics and campaign finance reform and independent effective oversight."

Hormoz Mansouri, a Town of Tonawanda engineer and developer, has donated $5,000 to the senator’s campaign fund over the years. Mansouri said he considers Maziarz a friend and does not believe he would intentionally violate campaign finance laws.

“In the 17 years I have known George, he has never been anything but a gentleman," Mansouri said. "I have never seen any action by him or his staff that was anything but honorable, above-board and straightforward. He absolutely is a man of integrity.”

The sources who spoke to The News insisted on remaining unidentified because they were speaking about an ongoing federal inquiry. Similarly, Maziarz’s lawyer, Joseph M. LaTona, refused to discuss the matter with The News because of the investigation.

A fourth source told The News that former Maziarz aide Marcus Hall was among those enlisted to dispose of the campaign paperwork. Hall, a Town of Newfane board member active in Niagara County’s Republican Party, worked as the office manager in Maziarz’s district headquarters in Lockport.

Hall last summer received a subpoena in the federal probe. He is represented by Buffalo lawyer Rodney O. Personius, who also refused to comment while the investigation is under way.

When Maziarz was Niagara County clerk in 1993, his political fund pleaded guilty to a misdemeanor for failing to identity a contributor who had given about $3,700. It was barely a hiccup in the Maziarz career. He was soon elected to the State Senate and rose through the ranks in his 20 years there.

Maziarz led the State Senate Energy and Telecommunications Committee, and during his time as chairman, his campaign fund accepted donations from those industries and from myriad donors. By the time he left office in December, Maziarz had spent about $2.7 million from his political fund over his years in office, according to records his treasurer provided to the state Board of Elections. A report filed last month showed the Maziarz fund had more than $1 million on hand — a sum that keeps him politically relevant.

Few people expect Maziarz to fade away of his own accord. When Orleans County Republicans honored him in October for his successful career he told them, “I’m not going anywhere.’’

In Niagara County, Maziarz bestowed patronage jobs and helped various businesses interests, including those who gave him money. For example, Modern Landfill Inc., which operates a sprawling solid waste facility in Lewiston, gave $9,600 to Maziarz and another $6,675 to the Niagara County Republican Committee over roughly a decade. Just weeks after the firm’s local operating officer, Gary Smith, posed for a Buffalo News article to say that he would like to grow medical marijuana at his H2Gro greenhouse, Maziarz was among the senators opening the door to a regulated medical marijuana industry in New York.

New York loosely restricts the way campaign donations can be spent. Personal expenses are allowed if they relate to a “political campaign or the holding of a public office or party position.” State lawmakers over the years have used that phrase to justify their purchase of sports tickets, autos, trips, flowers, gifts, the hiring of baby sitters and the hiring of lawyers — as Maziarz has done.

Such practices had interested the Moreland Commission, which bemoaned Albany’s pay-to-play culture and its weak enforcement of campaign finance laws. Cash from wealthy donors wanting something in return can amount to “legalized bribery” when the money goes for anything from clothing to cigars to stereo equipment, the commission said in its December 2013 report.

“These are all small dollars hence they have not been itemized,” he continued. “Whether it’s the United Way, local hospitals and fire companies or some other worthy community event, our campaign committee makes these kinds of donations on a regular basis.”

Maziarz‘s campaign finance reports, however, offer no way to link tens of thousands of dollars in spending to campaigning or to the holding of his office or a political position, or to charitable donations. For example, his reports say little about the $109,000 spent to pay off his Chase credit card bills over the years. Of the $39,000 spent at Target stores, about $4,000 would seem to fit under the state’s guideline — candy to throw during parades and items to donate to charities, according to his reports. But they offer next to nothing to explain the remaining $35,000.