Cyclamate was an early artificial sweetener that was hailed by diabetics and dentists alike. But in 1969, a study offered proof that the chemical caused cancer in some experiments.

It was quickly taken off American shelves and is still banned in the U.S. The sweetener, however, remains readily available around the world — including in Canada, where it’s the main ingredient in the Canadian versions of Sweet’N Low and Sugar Twin.

"Highly touted Cyclamate scare seems to impress only a few"

"The dangers of cyclamate-sweetened foods seem to have scared manufacturers and distributors more than consumers." 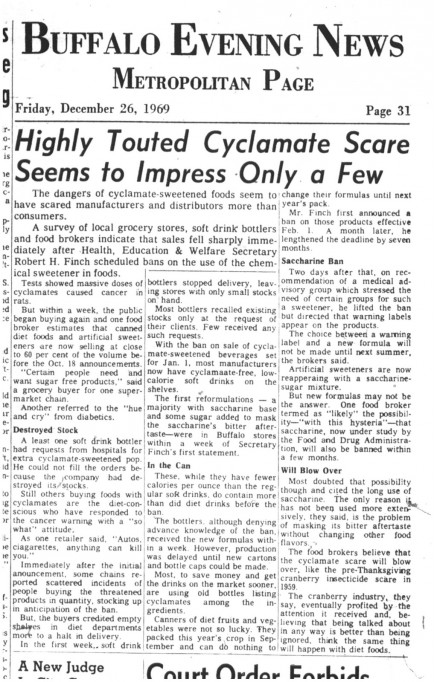