This week marks the 70th anniversary of the infamous Battle of the Bulge.

On the 25th anniversary in 1969, Werner Jutzin, a Tonawanda mailman, looked back on the battle in which he took part.

"Battle of the Bulge etched in memory" 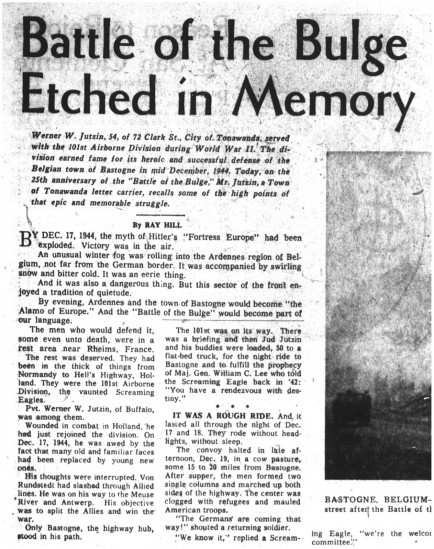 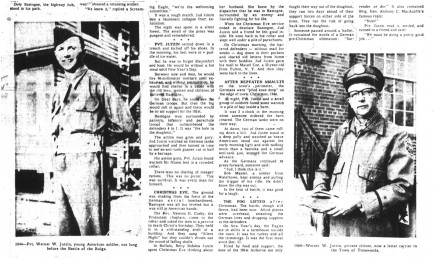