Buffalo Bisons Terry Crisp and Bill Plager join their families on the ice of the Fort Erie Arena for a holiday skating party.

Crisp later won two Stanley Cups with the Philadelphia Flyers, including in 1975 when the Flyers defeated the Sabres in the finals. He played for head coach Fred Shero in Philadelphia, the same man who coached him here with the Bisons.  Crisp became an assistant coach under Shero and eventually went on to be head coach of the Calgary Flames and the Tampa Bay Lightning.

Plager played for the Minnesota North Stars, the St. Louis Blues and the Atlanta Flames before retiring from hockey in 1976. 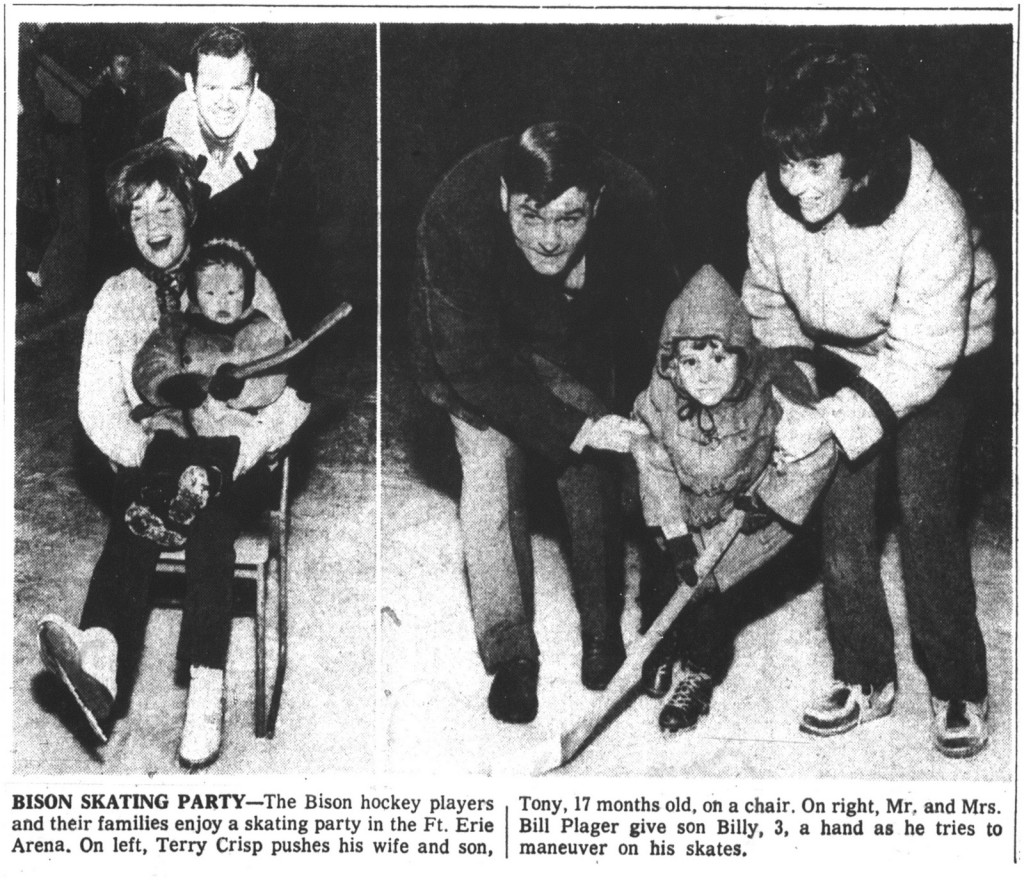