One hundred years ago, The Buffalo Sunday Morning News was ready to help out mothers on a budget who were looking to costume their children for Halloween.

" 'Dressing up,' however, is generally thought to be a matter of expense, and as a consequence, there is many a disappointed child at this season, for whom it seemed impossible to obtain a costume, and who must be only an onlooker to the funmakers," wrote the author, who was not identified on the page.

Looking at the page today, it's striking how dated some of the ideas -- and even the name of the feature, "Work for the Womanly Brain and Hand" -- are. Among the costumes suggested: A Salvation Army girl, "the old apple woman," the jailbird, Captain Kidd or even "the tattooed man," which is "a creature of delight to all small boys who have ever attended the circus." 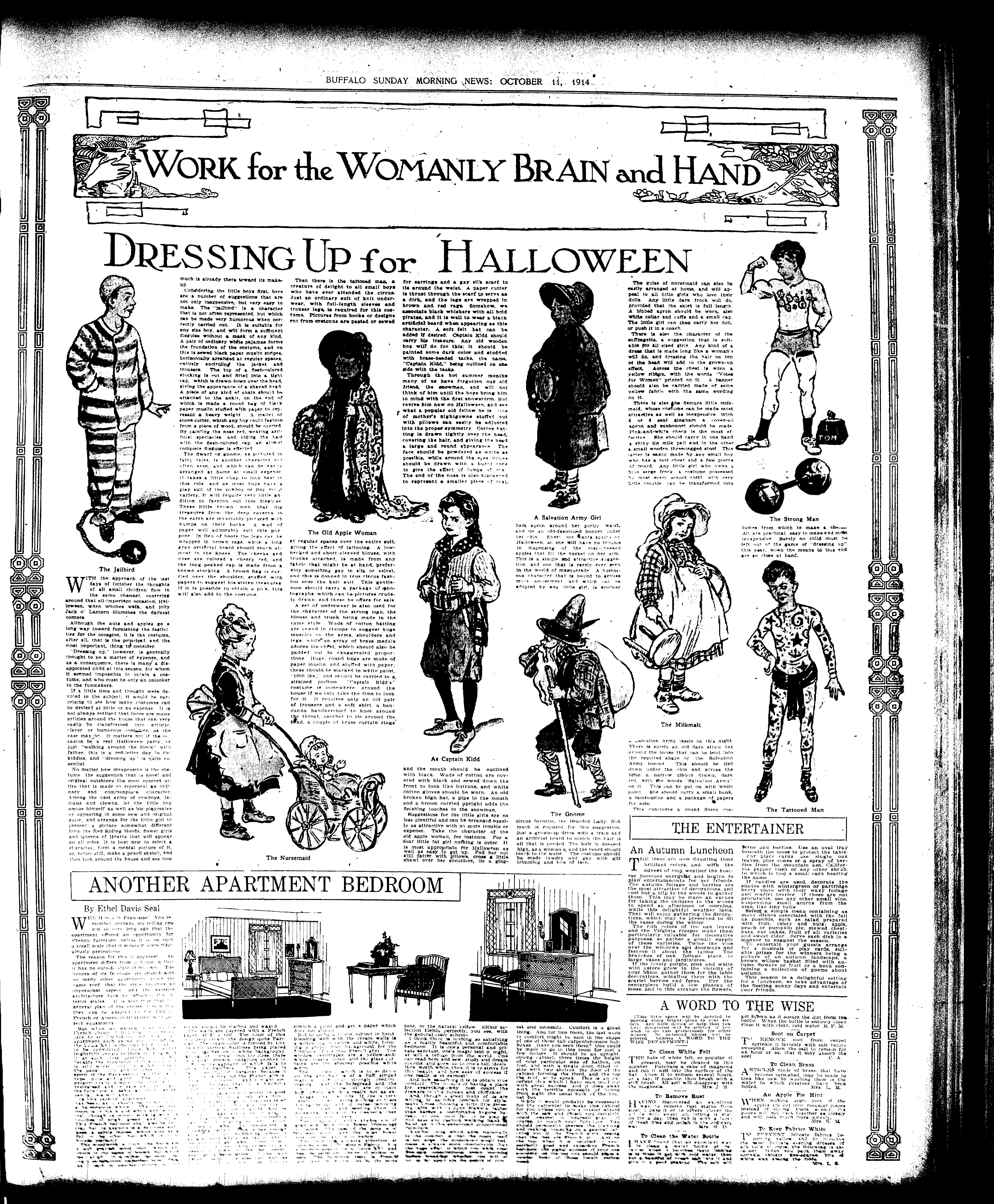