Halloween may not be until Friday, but that hasn't kept merchants from decking the halls.

In a phenomenon known as the "Christmas Creep," retailers begin sowing the Christmas spirit earlier and earlier each year in an effort to maximize sales. It's in full effect across Western New York.

Wherever you shop--Tops, Big Lots, Best Buy, Kmart, Walgreens--you're likely to see at least some sign of the holidays.

Eastern Hills Mall has its seasonal vendors 100 percent leased. Roughly half are locally run, such as jam maker Murphy Orchards and photo gallery Buffalo Scenic Prints, and half are national brands, such as the iconic holiday staple Hickory Farms.

Most of Eastern Hills' vendors are already in place; the rest will be moved in by Saturday. That's pretty much the case at all Western New York malls, where seasonal leases usually begin in October.

And there are other telltale signs that Christmas is in the air. 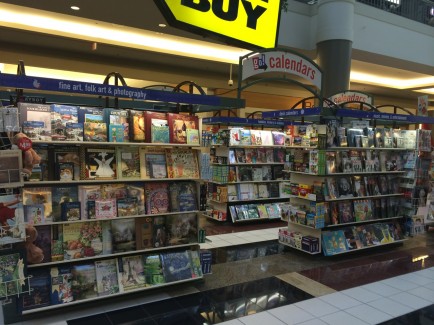 Calendars for sale at Walden Galleria. (Photo by Samantha Christmann)

For one, the calendar kiosks have arrived--those ubiquitous stalls with racks and racks of calendars to suit anyone on your shopping list.

And the displays of generic, benign gifts and stocking stuffers are everywhere. 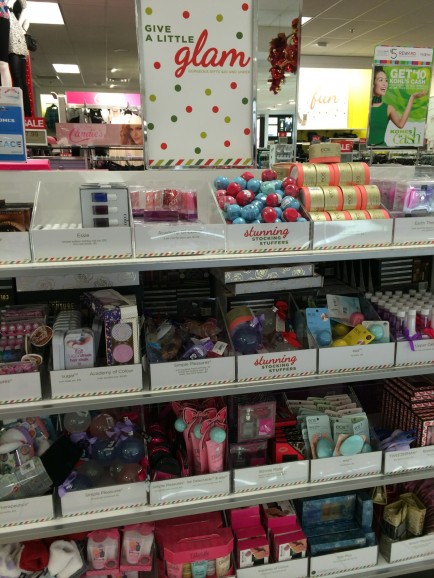 Stores know that pushing early Christmas shopping can rub shoppers the wrong way, so they've come up with creative ways to nudge customers, using humor to take the edge off: