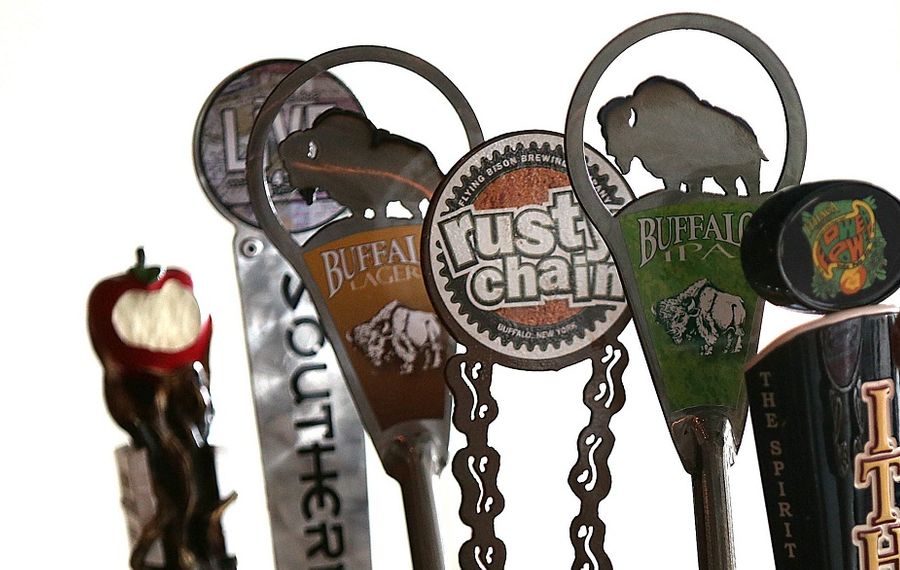 The fifth annual Buffalo Beer Week kicks off this Thursday with a launch party at Templeton Landing.

What’s better than a “Beer Week?” How about a beer week and a half, with this year’s festivities extending from Thursday until Sunday, Oct. 5.

There’s an event for every beer drinker during this 10-day celebration. Some deals last the entire week, like Amherst Street bar Rohall’s Corner, which offers $3 pints of Flying Bison Bisonfest all day.

There’s also plenty of beer pairing dinners and beer pairing menus at local restaurants. And there’s even free beer; including this Sunday at East Aurora bar/beer store, Aurora Brew Works, for all customers with a copy of their Buffalo Beer Week advertisement.

The full listing of Beer Week events can be found at buffalobeerweek.com, but these five, listed in chronological order, are the highlights of the festival…

1. Friday (Sept. 26): “Brewed in Buffalo” at Adam Mickiewicz Library - It’s not just Beer Week, it’s Buffalo Beer Week, and this is the local themed party of the week. Ten different area breweries and cider makers will all feature at least one of their beverages. A couple of beers to look for include a collaboration between Hamburg Brewing Company and Community Beer Works, called Iron Sikh Porter and also Southern Tier Brewing’s Buffalo Local.

Southern Tier brews a beer specifically for Beer Week, with this one being a Belgian-style Pale Ale brewed with tangerine peel. Look for the fruitiness of the Belgian yeast to intermingle with the citrusy Azacca hops and tangerine peel. Adam Mickiewicz Library, 612 Fillmore Ave., 847-0839

2. Saturday (Sept. 27): “Jack’s Abby Invades Blue Monk” - Jack’s Abby is a Framingham, Mass.-based craft brewery that was founded just three years ago. Its popularity has grown quickly throughout the Northeast.

While the majority of craft brewers focus on the production of ales, Jack’s Abby brews only lagers. As opposed to ales which have a top fermenting yeast, lagers and their bottom fermenting yeast take about three times as long to ferment, but leave a cleaner, crisper tasting final product.

Look out for the Peanut Butter and Jelly Barrel-aged Framinghammer, which is aged in bourbon barrels with peanut butter and raspberries. Blue Monk, 727 Elmwood Ave., 882-6665

$75 plus tax and tip gets you a seat for the evening, with dinner beginning at 6:00 PM. Reservations can be made by contacting The Black Sheep. The Black Sheep, 367 Connecticut St., 884-1100

4. Sunday (Sept. 28): “Roll Out the Barrels” at Pizza Plant Transit - Barrel-aged beer takes center stage at this Pizza Plant event. With beers aged in bourbon barrels, wine barrels, cognac barrels, and even French Pomerol Barrels, I’d recommend getting a flight of beers to sip on and note the wide ranging complexities of these beers.

5. Thursday, Oct. 2: “Hop Kitchen” at Artisan Kitchens & Baths - The same group that holds the Nickel City Chef competitions at Artisan Kitchens & Baths presents a beer dinner that doesn’t feature just one restaurant and one brewery, but instead takes five local chefs and pairs each up with a local craft brewer to create an appetizer-sized portion to enjoy with a beer pairing.