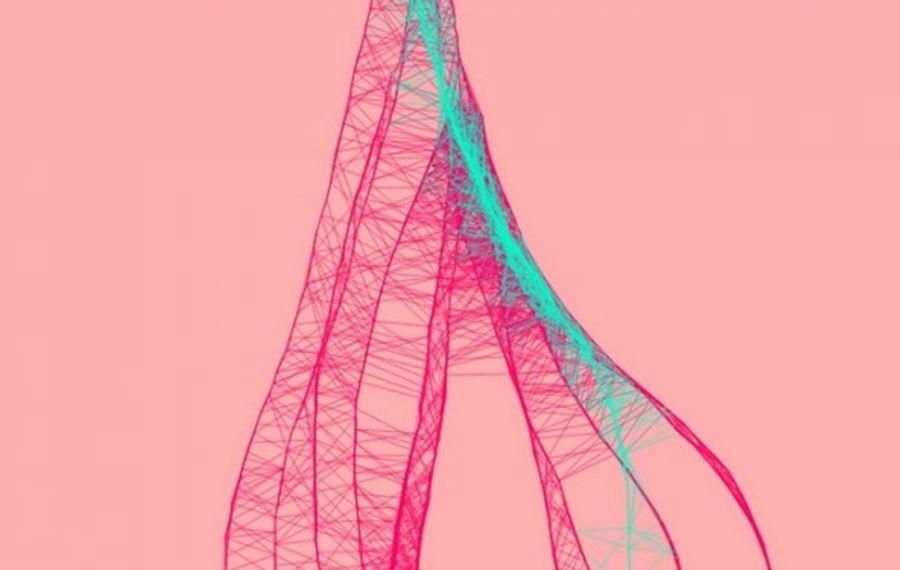 Natalia Porter, a New York City-based artist and industrial designer who hails from Mexico City, will present “Local Systems,” a new body of work based on her budding interest in astronomy.

Alicia Marván, who was born in Michoacán, Mexico, and is studying for her master’s degree in fine arts at the University at Buffalo, will show a series of new experimentations with embroidery in an exhibition titled “Threadware.”

Porter’s work combines her gifts for meticulous design with more celestial matters: gold stars made of metal arrayed against sparkling black backgrounds; a scale model of the 50-star systems closest to Earth complete with tiny LED lights; a laser-etched diagram on wood that shows the relative gravitational pulls of the planets; and a metal plate used for the Sloan Digital Sky Survey, a major star-mapping project.

Porter created all of the work in the show since last September, when she met and began collaborating with astronomer John Brewer. She said it fuses her interest in industrial design, which is how she makes her living, and her ongoing attempt to learn and think about the rudiments of astronomy.

“The idea is, I’m learning about these concepts and I’m doing work that incorporates actual data, but it’s also kind of inspired by these old artifacts or antique etchings, for example,” she said. “It’s kind of playing with the concept of the fact that even though we’ve learned a lot about space, we’ve learned a whole lot in the last 100 years, but still our knowledge of the overall universe is very limited.”

The large back gallery of Casa de Arte will feature new embroidered canvases and sculptures by Marván, a former graphic designer whose artistic career has largely focused on performance. She’ll be presenting a series of brightly colored canvases using fabric from her native Michoacán and featuring embroidery that she first designed with a computer and then executed by hand in a traditional style known as “unicorn point.”

Though Marván’s native region is known for the embroidered designs created by local indigenous women, she never learned how. This show, she said, is an attempt to connect with the traditions of her native community.

“I like some of the designs down there that are more abstract, but most of the designs that women do are already printed,” Marván said. “This was my attempt to create my own shapes, but still have that craft and the line work and those types of stitches.”

She visited Michoacán earlier in the summer and spent about a month learning how to do traditional embroidery and buying the fabric she used in the pieces. Then she sketched abstract drawings for the embroidery designs on her computer and finally transferred them by hand onto the canvases.

From afar, the resulting artworks resemble computer printouts of wild architectural designs created with CAD software, like Frank Gehry buildings. Upon closer inspection, however, the intricate hand stitching of the pieces and the painstaking labor that went into creating each piece becomes clear.

Marván said her preconceptions about embroidery have been shattered by the process.

“I’m kind of getting along with the local indigenous women, and they all have this circle and get together and embroider, and I feel kind of left out,” she said. “I’ve learned that it’s such amazing work that they do and such a rich way of interacting with each other. I thought it was going to be tedious, but it’s actually relaxing.”