That’s not a joke or an attempt at denigrating the stature or mentality of a particular group of three men.

The actual, real Three Stooges performed at the Glen Casino in Williamsville for three days in 1959. Well, they were the almost real Three Stooges. Larry and Moe were the real deal, but they were joined by Joe DeRita in the spot first held by Curly Howard, who died in 1952.

After their films from the 1930s and 1940s saw new life on television, the Three Stooges spent much of the 1950s and 1960s touring the country to profit on their newfound fame among a new generation.

The Stooges made several appearances in Buffalo, including Moe Howard’s last public appearance.  He did a one-man show at UB on Sept. 24, 1974, several months before he died from lung cancer at the age of 77. 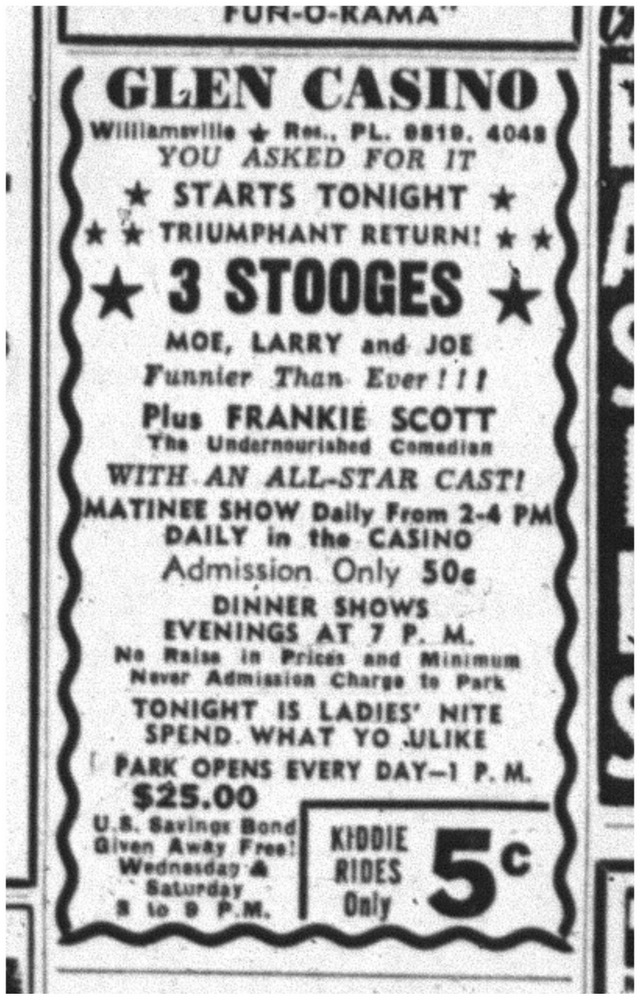