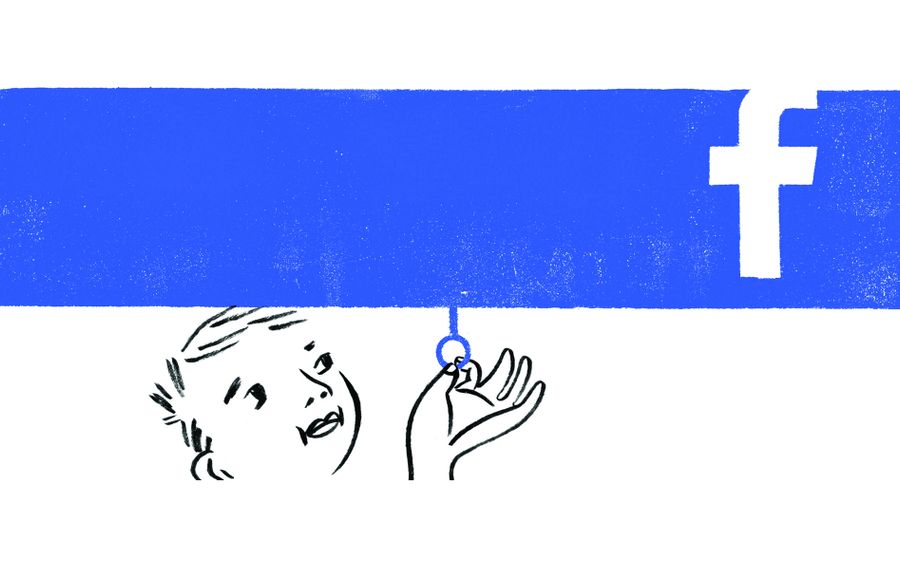 NEW YORK – Last fall, while on a family bike ride around Central Park, I took a photo of my 9-year-old son. His cheeks were flushed, his big brown eyes were lit with happiness and the golden sun made his light-olive skin appear to glow. It was a great picture and one I wanted to share with my friends online.

My son, however, was opposed to the idea. “You’re not going to put that on Facebook, are you?” he demanded, flashing me the look my husband and I had long ago named his “dark and stormy.”

My firstborn child is bright and charming. He also bristles at authority. He wants to do almost everything (math homework, tie his sneakers, eat his vegetables) on his own terms. His objection to appearing in my social media feed fit perfectly with his contrarian nature, so I chose to disregard it. I posted the picture later in the day when he was in his room, playing with Legos.

I figured he would be none the wiser, and, more important, that as his parent, I had the right to go against his wishes.

My parents made me wake up at dawn and swim in an ice-cold pool before any of my friends were out of bed. My father had a belt, my mother a short fuse. Posting a flattering picture of my son online? That hardly seemed like something that would land him on the therapist’s couch as an adult.

Except it very well might. Jim Taylor, who has a Ph.D. in psychology and works with children and families in Marin County, Calif., said it had been a mistake to dismiss my son’s request and wanted to know if I had talked to him about why he felt the way he did.

In fact, I had: While at the sink doing the dinner dishes, my son at the small table in our kitchen, sipping Ovaltine. Our conversation elicited the information that he was OK with my emailing his photo to some friends, but Facebook and Twitter were “too public.”

My boy, at 9, had drawn a clear line between what was public and private. It also bothered him that I had not asked for his consent. “I don’t want stuff going on without me knowing,” he explained.

Taylor, the author of “Raising Generation Tech: Prepare Your Children for a Media-Fueled World,” was impressed. “Your son is obviously pretty darned mature to be already grasping the power that social media can have, its upside and its potential risks,” he said.

My son may also be introverted by nature, unlike his kid sister, who loves to vamp it up for my iPhone camera. Or he may have picked up on subtle cues from my husband (who isn’t on Facebook). “Kids model themselves after their parents,” Taylor said.

Parents, of course, run the gamut. A friend deletes posts about her children days after uploading them to protect their privacy over the long haul; my editor, a mother of two younger than 10, not only thought I should honor my son’s wishes but also proclaimed that all parents should abstain from posting pictures of their children online until they are old enough to give explicit consent.

I would be more amenable to her point of view if my favorite part of Facebook weren’t seeing the features of my childhood friends, many of whom live faraway, such as in Tennessee or Minnesota, in the faces of their offspring: Carrie McAlexander Tessier’s daughter has inherited her red curls! Michael Walsh’s son has his trademark smile!

But Taylor worries about the “need to chronicle children’s lives on the Internet” and questions “whose needs are being met” when Mom gives a shout-out to Maya’s umpteenth winning goal at soccer or Dad showcases a snap of second-grade Johnny doing fifth-grade math. “Look in the mirror and ask yourself, ‘Do I get a little ego boost from this?’” he said.

Legally, I’m well within my rights as my son’s guardian, but what about ethically? Howard Cohen, a chancellor emeritus and a professor of philosophy at Purdue University Calumet in Hammond, Ind., said that depended upon whether I agreed with the teachings of Aristotle or those of Immanuel Kant.

Aristotle saw children as essentially moral beings in training, while Kant viewed morality as a simple matter of relationships between free and rational beings. “To me, the virtue of independence of mind would be something worth considering in this situation,” Cohen said. “By acceding to your son’s request, you are helping him make personal decisions about his own sense of dignity and integrity,” adding that even under Kantian ethics, in consideration of my son’s “fierce” personality, I should think about giving him the benefit of the doubt.

“A child may be rational in some respects and not all respects,” he said. “Your son has exhibited what I would call a willful rational choice.”

I’m willing to agree. This wasn’t an argument about my boy not wanting to eat his peas or wear a coat and tie to a friend’s wedding. Those things are still nonnegotiable. With social media, I had no such moral high ground.

But could there be reasonable exceptions to the rule? Every Christmas Eve, for instance, I’ve orchestrated a family photo on a couch in my mother-in-law’s living room. Since I rarely make the time to send out holiday cards anymore, I’ve been posting that photo on Facebook. I wanted to do it again last year. Would it be ethically permissible for me to override my son in this instance?

Well, Cohen asked, do I want to teach my son “to stick to his principles” or do I want to “teach him about compromise and negotiation”?

Later that weekend, my son sat on my bed, weaving a Rainbow Loom bracelet as I explained what the family Christmas photo meant to me. Would he give me his consent to share it with my friends online?

His answer was still no. “Why can’t you just take the picture and not do anything with it?” he asked.

My thoughts ran to Taylor’s comments. What were my motives? And were any of them worth upsetting my son? Nope.

He stood up. “Now can we play some baseball?”