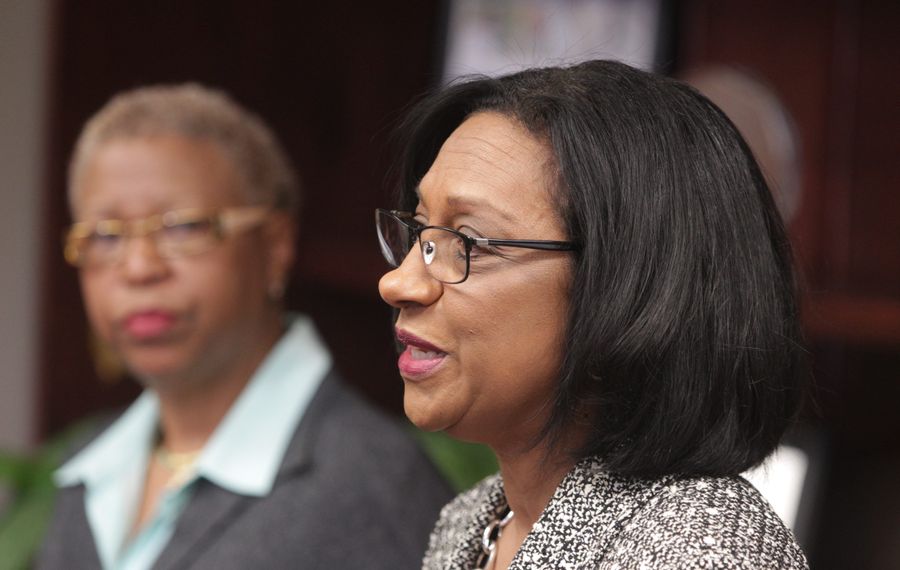 It is bad enough that Buffalo School Superintendent Pamela C. Brown continues to feign disbelief about what is going on in her own administration. Now she has gone back on her word about being transparent.

Not that Brown ever became a model of transparency, but she recently took a couple of actions that showed outright disdain for the concept.

One involved the district’s recent decision to wait until nearly 11:30 p.m. to issue a public statement from the superintendent about the employment status of two outside administration hires. Yamilette Williams is the district’s chief of curriculum, assessment and instruction. She has only a conditional certificate to serve as a school principal in New York State, according to the State Education Department. Faith Alexander is the district’s chief of school leadership, who provides direct oversight to schools and has the same conditional certificate.

They were hired by Mary E. Guinn, whose presence in the district is an example of this lack of transparency. Brown broadsided the School Board and the public by bringing Guinn back after a stint as a highly paid consultant.

The superintendent waited until executive session to announce that she wanted to hire Guinn as interim deputy superintendent. The board had only months earlier dismissed Guinn. Then she was back. And apparently hiring cronies. Guinn and the two women shared previous employment as consultants with the Arizona-based Evans Newton educational firm.

The district refused to provide employee resumes or specific salary information for either administrator. The News was forced to obtain the information separately.

This information has been legally available to the public since the Freedom of Information Law (FOIL) went into effect in 1974. As Robert Freeman, executive director of the state’s Committee on Open Government noted, there should be no issue regarding disclosure of the salary or, for that matter, the gross wages of a public employee.

On the issue of a resume, the key provision in FOIL that deals with access to that kind of record is the exception involving the unwarranted invasions of personal privacy.

Although this is a murky topic, there is a great deal of judicial precedent involving the privacy of public employees. The courts have said public employees have less privacy than others because they are supposed to be more accountable. Second, in numerous circumstances, the courts have found in general that those items related to the employees’ duties typically are public. The reason: Disclosure would result in a permissible, not an unwarranted, invasion of personal privacy.

If, for example, there is certain criteria that must be met to do the job, those portions of the resume or application indicating that the person is qualified must be disclosed. Without disclosure the public has no way of knowing the government has hired the right person.

In most resumes there is a variety of extraneous information. Leave those items out. Keep the items related to the job in bold.

Indications on a resume of one’s prior public employment are always public, as is someone’s general educational background. Not the grades, but the fact that someone got a degree from a particular college or university and when.

Brown has to do a much better job of explaining why the district went against its own job descriptions, which clearly state that district leader certification is required upon hiring. Moreover, she must explain to the people of Buffalo why she still refuses to release information that is their right to have.