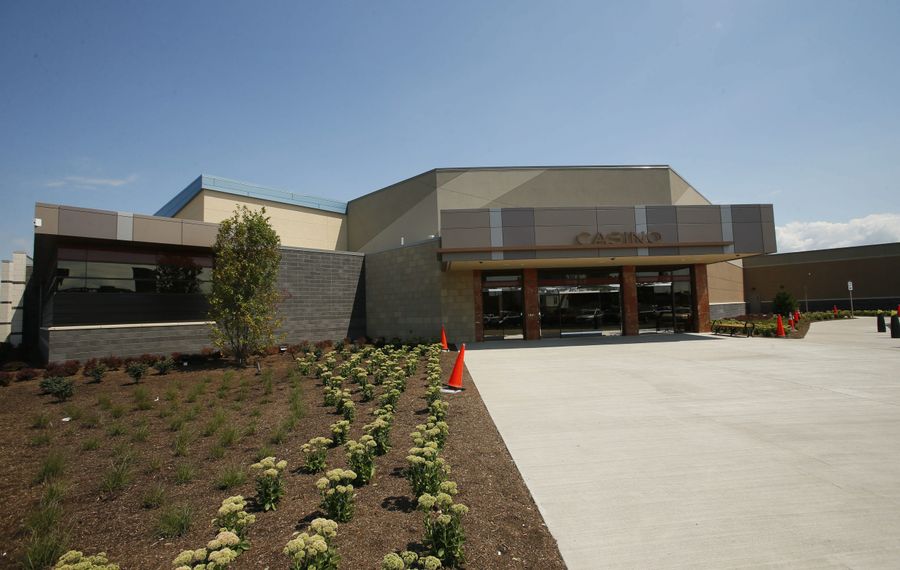 Seven years after the Seneca Nation struck a deal to open a casino in Buffalo, the early promises of a thousand jobs, better streets and marketing pitches to gamblers outside Western New York appear half-kept, a Buffalo News analysis found.

Traffic signals remain missing at two intersections near the casino, and the nearby rebuilt streets look narrower than promised.

Documentation on whether the Seneca Nation spent $1.7 million a year to market the casino outside the region – spending required by the 2006 deal – proved hard to come by. The Seneca Gaming Corp. has not filed the required annual certifications.

As for the casino’s annual marketing presentation to the Common Council, another requirement, there has not been one yet.

“The city was made a lot of unrealistic promises. Not surprisingly, those have not been delivered,” said Sam Magavern, co-director of the Partnership for the Public Good, a casino opponent.

Others see it differently.

Seven years after Mayor Byron W. Brown called the city’s casino pact with the Seneca Nation “a good deal for Buffalo,” his administration stresses the positives.

“While the city continues to monitor the development closely to ensure that the contract terms are satisfied, to date, the Seneca Nation has: constructed a $130 million casino, released $15.5 million in local revenues to the city of Buffalo, invested nearly $4 million in infrastructure improvements around the casino with additional improvements to come, created nearly 500 new jobs and marketed the casino outside of the area,” city spokesman Michael J. DeGeorge said in a statement last week. “The city and the Senecas continue to work together to fulfill the agreement’s intent and to maximize the benefits to the city of Buffalo.”

The Brown administration has not acted publicly to enforce any provision in the agreement.

Representatives from the Seneca Gaming Corp. declined an interview request and instead provided a report it submitted to the city in December.

The report indicates the Senecas followed through on some intentions, hiring minorities and women at rates far above the goals in the casino deals.

The Senecas agreed to repair sidewalks on opposite sides of the streets near the casino, at the request of the Common Council. A program – not required by the casino deal – awards grants to community organizations.

The December reports from Catherine Walker, president and CEO of Seneca Gaming Corp., projects that “$170 million in direct and indirect spending with local companies will result from the procurement of goods and services for the permanent Seneca Buffalo Creek Casino.”

None of this, however, satisfies Delaware Council Member Michael J. LoCurto, who opposed the casino from the start. He wants the city to pursue legal action against the gaming corporation for not living up to other parts of the agreement.

“They sold us a bill of goods, and no one wants to call them out or to hold them to any part of their agreement,” LoCurto said.

The Senecas opened their permanent casino in August in the Cobblestone District, building a smaller one than initially envisioned. The Senecas reacted to the economy’s downturn in 2008 and also to pressure from the community to build a smaller facility. The Senecas passed on a hotel and performing arts space to avoid competing with other businesses.

The Senecas built a casino that covers 67,000 square feet and includes 808 slot machines and 20 table games. No high-end restaurant operates in the casino. Gamblers can choose offerings from Charlie the Butcher, Ilio DiPaolo’s, Franco’s, Sweet Melody’s and Chrusciki Bakery.

The deal called for the casino to look similar to the designs the Senecas initially submitted to the city, which included greenspace and a water feature – but no surface parking.

In the original plan, the casino would come with a park and “extensive plantings.”

Approximately one-third of the land was supposed to be greenspace.

Today, gamblers can park in a parking garage or on surface parking lots on three sides of the casino.

Some landscaping was done on the site, but not even the Seneca’s rendering showed greenspace on a third of the site.

Construction is underway on a 10-foot-wide walkway between the casino’s front door and the corner of Michigan Avenue and Perry Street. The walkway will feature curving lanterns, textured concrete and pavers and a mature white pine tree.

The features figure to improve the appearance of the casino.

But Seneca Buffalo Creek Casino will not be the destination casino once envisioned, Magavern said.

The downsizing from the original casino plan, he said, “sort of lays bare the whole situation.”

The smaller casino was inevitable because of competition from other casinos in the Northeast, Magavern said.

“Smaller is better because it means less gambling is going on,” Magavern said. “But it did reveal that the tourist idea wasn’t a reality.”

With a smaller casino to operate, the Senecas need fewer workers than first thought. The deal called for half of the casino’s workers to be city residents. But fewer than half, 202, of the 459 workers live in the city.

As spelled out in the deal, when it comes to hiring, the Senecas give first preference to Seneca Nation members, then to other Native Americans, and then third preference to city residents.

The deal included a goal for one-quarter of the staff to be racial minorities, including Native Americans, and for women to make up at least 8 percent of employees. The staff today consists of 45 percent minorities and 49 percent women.

The Senecas have complied with the deal’s provision calling for career fairs in the city’s economically distressed areas, holding five at Erie Community College’s city campus last year and another at Native American Community Services on Grant Street.

The Senecas, however, have not informed the city whether minority-owned businesses make up one-quarter of the casino’s suppliers, nor whether female-owned businesses account for at least 8 percent.

Spending $1.7 million every year to market the casino outside of the eight counties of Western New York was a key part of the 2006 deal.

Critics contend the Buffalo casino caters to people who live nearby.

“The idea was to attract new money to the area that might financially enrich a wide cross-section of local businesses – not be vacuumed up by slot machines,” said Steven H. Siegel, retired professor of hotel, restaurant and tourism management at Niagara University.

The report to the city listed several marketing initiatives:

• The mention of the Buffalo casino in a monthly newsletter sent to Seneca Niagara Casino customers.

• Mass emails to people, 75 percent of whom live more than 10 miles from the facility.

• The casino’s website includes mentions of local attractions outside the casino and includes a link to Visit Buffalo Niagara.

• Advertisements in nine Canadian publications in the Niagara and Hamilton regions.

• Video advertisements on televisions inside hotel rooms in Niagara Falls.

• Radio advertisements on five Canadian stations in the Niagara Region that are also picked up in Western New York.

• Free slot play for people going to events at arts and sports venues in Buffalo.

Marketing the casino to those who live more than 10 miles from the casino does not necessarily mean the casino is reaching out to people in Pennsylvania or Ohio. The report mentions 10 billboards near the casino but none in cities outside the region.

Those who live near Sheridan Drive and Military Road or near Transit Road and Genesee Street are 10 miles from the casino.

“Marketing to them simply brings them back to the casino, so that they may lose even more money,” Siegel said of local residents who gamble. “This simply brings more profits to the casino from local money that could be spent elsewhere in the local economy.”

The Senecas cited a marketing campaign with Visit Buffalo Niagara, but the tourism group declined to answer questions about the relationship and referred questions to city officials.

Some infrastructure improvements called for in the 2006 deal have been made, but others have not.

The deal called for Chicago Street, between South Park Avenue and Perry Street, to be reconstructed with four lanes. But the road remains in rough shape, without striping and with large potholes.

Ezequiel Rivera lives in Commodore Perry Homes on Chicago Street, a block from the casino.

“They could do this road. It’s all messed up,” Rivera said.

The deal called for installation of traffic signals at Michigan Avenue and Scott Street and at Chicago and South Park. No signals have been installed.

The Senecas agreed to spend between $5 million and $7 million on these and other improvements. The Senecas have spent nearly $4 million so far, according to the city.

The Senecas informed the city they paved all roads bordering the casino and made landscaping, lighting and sidewalk improvements.

Fillmore Council Member David A. Franczyk represents the neighborhood around the casino and supported the 2006 deal.

If provisions in the agreement are not being followed, the city should act – but not too harshly, Franczyk said.

“I wouldn’t come down like the wrath of Khan,” he said.