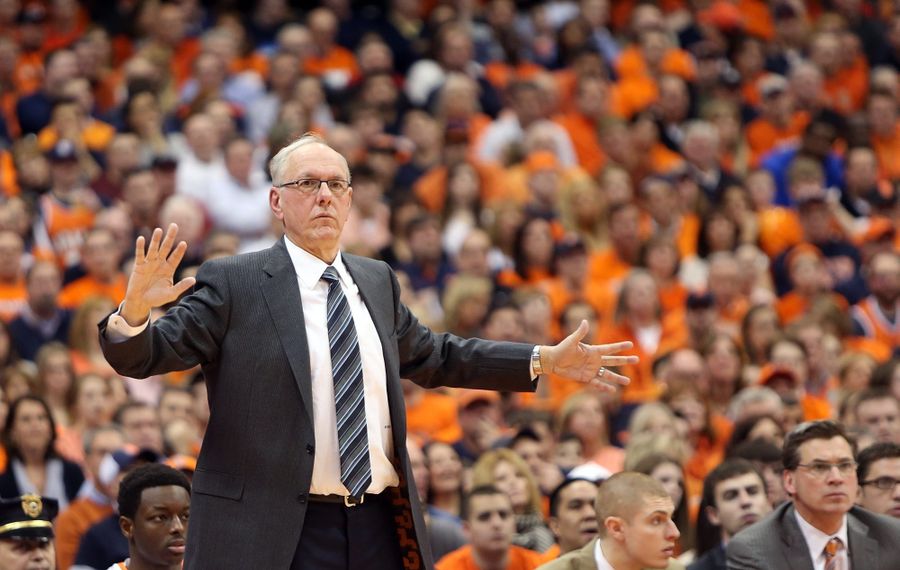 The Big East basketball conference as we knew it ceased to exist when the Syracuse Orange departed after last season for the Atlantic Coast Conference. There is still a Big East these days, but it is kind of like a 1970s pop music group that tours with only one or two of its original members. The name is familiar, but it sure doesn’t rock like it used to.

An ESPN documentary called “Requiem for the Big East” that debuts at 9 p.m. on Sunday, March 16, looks back at the conference’s rise to prominence in the 1980s, when the rivalry between Syracuse and Georgetown became one of college basketball’s greatest. The film ends with last spring’s Big East Tournament at Madison Square Garden, which was the end of an era.

If ever the phrase cult of personality applied to sports, it fit Dave Gavitt, the former Providence basketball coach who was the driving force behind the league’s creation in 1979. Before the Big East was formed, basketball schools in the Northeast did not have the name recognition of their counterparts in the ACC, Big Ten, Pac-10 and the SEC. Gavitt came up with the idea of forming a conference to represent the Northeast schools and get them more leverage in recruiting and, down the road, in lucrative TV contracts.

Several of the schools that were courted were reluctant. John Thompson, the former Georgetown coach, says in the film that he wanted the Hoyas to remain independent. Syracuse’s Jim Boeheim was not a fan of the idea, and Lou Carnesecca of St. John’s says he opposed the concept until he was on a plane ride with Gavitt, whose persuasive powers would have come in handy at the United Nations. Carnesecca finally agreed.

The league started in 1979-80, with eight of its games airing on ESPN, which itself was a fledgling sports network at the time. The conference and the network both experienced mutually beneficial growth spurts in the 1980s.

The Big East’s marketing appeal was helped by its colorful collection of coaches, which included Rollie Massimino at Villanova, Rick Pitino at Providence and Jim Calhoun at Connecticut, along with Boeheim, Carnesecca and Thompson.

Gavitt pushed the schools to move from their cozy home gyms into big-league arenas. The construction of Syracuse’s Carrier Dome provided inspiration and a model for other colleges. Also, Gavitt negotiated TV deals that fed his league’s continued growth.

It was the players, though, who put the Big East on the map. Patrick Ewing, in his freshman season, took Georgetown to the 1982 NCAA championship game, where a turnover cost them a chance to defeat Michael Jordan and James Worthy’s North Carolina squad. Dwayne “Pearl” Washington, who was a legendary high school player in New York City, chose to play at Syracuse, where he built upon his legend.

In 1985, three of the four teams in the NCAA Final Four were from the Big East: Georgetown, with Ewing; St. John’s and its star, Chris Mullin, and Villanova, led by Ed Pinckney. Pinckney led Villanova over the Hoyas in the championship game.

Pinckney, Mullin, Ewing and Pearl Washington are among the players who share their reminiscences of those glory days for the Big East. Pinckney, who did broadcast work for the Miami Heat after his NBA playing days, is particularly entertaining as he tells stories from that era.

Not everyone in college basketball was a fan of the Big East in the ’80s. The teams played a very physical game that at times could look more like martial arts than like the game James Naismith invented. And the rivalries could turn ugly in other ways. Ewing was subjected to many instances of taunting from fans, who baited him with racist messages, either implied or stated outright. His coach, Thompson, tried to shield Ewing and his teammates from the media as much as possible, leading to the phrase Hoya Paranoia.

The league’s coaches all respected one another, but they obviously were not friends. Carnesecca, Massimino and the others smile when talking about the battles they used to wage, but the rivalries among Big East teams were as heated as anywhere in college basketball.

“Requiem,” which is directed by filmmaker Ezra Edelman, does a good job in drawing out the softer side of Boeheim, who can seem petulant, cold and whiny on the basketball court or in the interview room. Boeheim appreciates that he is the last coach standing from the original Big East.

“When you whine once, you’re forever known as whiny,” he says with a smile.

Like most things in life, the Big East was eventually forced to undergo change. Gavitt left in 1990 to become CEO of the Boston Celtics. The league, with Mike Tranghese taking over as commissioner, was forced to expand in the ’90s or risk losing its football schools to other conferences. Then Syracuse announced in recent years it was departing for the ACC.

“I’m not crying or moping on it,” Tranghese says. “It was an incredible run for 30-plus years.”

“Requiem for the Big East” is part of the network’s 30 for 30 series. After the film’s debut on ESPN on the night of the NCAA’s Selection Sunday, ESPNU will air bonus material from the documentary called “Big East Extras.”