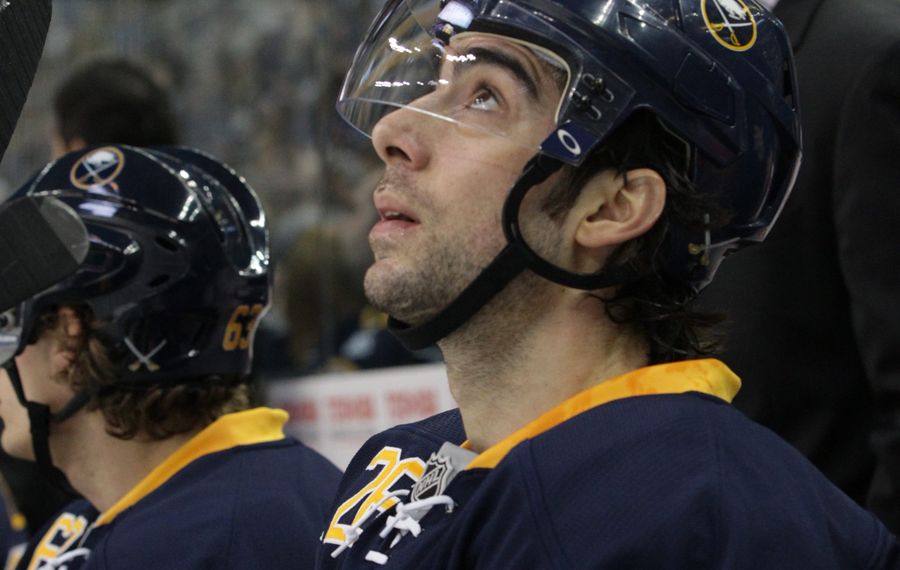 For generations, the NHL has abided by the basic law of opposites. Teams like to keep people guessing. When they say Johnny Slapper has an upper-body injury, bet the ranch he’s nursing an ankle problem. Coaches who receive a vote of confidence might as well start packing their bags.

So it was refreshing the other day when Sabres General Manager Tim Murray stood before the media and outlined his plans the best he could. Yes, his best available option was trading Ryan Miller. Yes, he’s had conversations about a dozen or so players on his roster. Yes, he’s working on a contract extension with Ted Nolan.

What’s this? The truth?

It was a foreign concept for so long that I forgot how it sounded. The Sabres’ previous hierarchy for years duped their naive owner and apologetic fan base into believing everything was under control. Meanwhile, the organization was buried in a pile of rubble. The truth was left somewhere in the ruins.

Murray was so honest and forthright Tuesday that he was almost too good to be, well, true. He’s not trying to outsmart anyone, least of all himself. He knows you can see what he’s up against. Rather than run and hide or concoct some delusional, transparent excuse for failure, the general manager faced reality.

The truth almost always works. In fact, in this case, it can help Murray in the massive cleanup that awaits him. Here’s how:

Murray offered enough details but was sufficiently vague when stating more than two and fewer than 10 teams were interested in Miller. By releasing that information, he told prospective trade partners to pony up with their best offer. In essence, he’s leveraging teams against one another to jack up Miller’s trade value.

The same stroke of genius was applied to Steve Ott. Ott isn’t a franchise player, but you would have thought he was Steve Yzerman by the time Murray was finished gushing over his leadership and toughness. Murray was reminding teams that he does everything well. Ott hits, plays defense, wins faceoffs, scores when given the opportunity and plays with jam. He’s a gamer, an ideal addition for a playoff team.

Murray is selling the idea he has two potential difference makers on a lousy team. It’s a wise play a week before the deadline, when good teams are vulnerable. The Sabres aren’t headed for the playoffs any time soon. As it stands now, it’s going to take a few seasons. They need to stockpile assets to accelerate the process.

The Sabres are miles away from the Bruins, who have become a standard of sorts even though Buffalo beat Boston, 5-4, in overtime Wednesday. How many players who suited up for the Sabres will be on the roster in two years – six, maybe seven?

Murray will need to make some bold moves along the way, but trading Miller, Ott and Matt Moulson aren’t among them. They’re obvious ones. All three players are pending free agents. Even if Murray only slightly increases the ante for any of them before next week, he will have earned his keep.

Murray has never been in the big chair at the trade deadline, so we’ll see how he handles himself the first time around. He’s already been an upgrade for the organization. Almost anybody connected to the Sabres would confirm that the dark cloud that was hanging over the organization for far too long no longer exists.

If anything, management types are still getting familiar with Murray because he’s not milling around and micromanaging his subordinates in the front office. He doesn’t travel much with the Sabres. He doesn’t need to evaluate his roster, three-quarters of which need to be replaced. He’s on the road searching for upgrades.

Murray may be a newbie, but you don’t get the feeling he’s about to get worked over. His greatest need, young talent, happens to be his specialty. Buffalo could have two of the top five picks in the upcoming draft. Thank the previous regime for the extra first-rounder, but don’t forget to acknowledge the pick costs $1.4 million in salary for Thomas Vanek.

Regardless, Murray is moving forward. He would like to find contending teams for Miller, Ott and Moulson. All three veterans deserved better than playing this season in Buffalo. Handling them with special care would show management is committed to doing right by their players. It would be a sign of class.

And that can only help Murray.

Let’s face it, teams looking to rent veterans are likely in playoff contention or trying to get into contention. They’re often willing to take gambles with the idea one push from a single player can make the difference. They’re also more likely to give up more than they had planned, which is precisely what Murray is seeking.

Murray over the next week also can help restore credibility that was lost over the years. An overall lack of trust started at the top, filtered through the dressing room and washed over the fan base. Sabres management lost respect within the organization and around the league before Pat LaFontaine showed up with a rescue plan.

LaFontaine is revered for his professionalism. He has helped re-energize a fan base that had exhausted its patience. People can withstand the suffering if they trust the people in charge and believe better days are ahead. Murray provided reasons for people to trust him when he stood before the masses and told the truth.

But, usually, it’s the opposite.

Bucky Gleason– Bucky Gleason is senior sports columnist for The Buffalo News. He has covered sports on all levels since 1992. He is a terrible golfer who remains undefeated in match play on the 19th hole. He lives in Hamburg with his wife and four children.