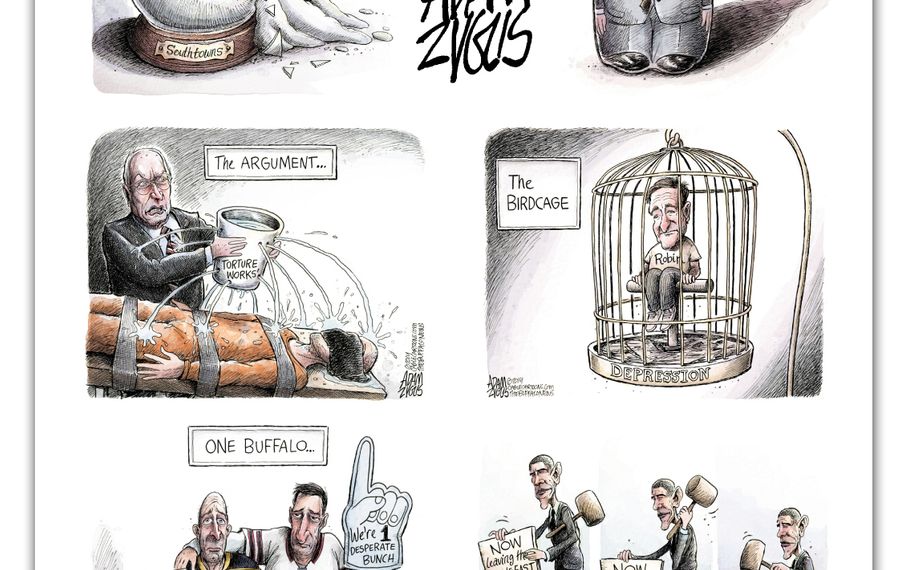 ST. LOUIS -- Red Sox owner John Henry wrapped up his purchase of the Boston Globe in the last few days and penned a fascinating column in Sunday's paper for his motivations behind it.

In the hours leading to Game Five of the World Series, it's well worth your time to click that link and read the column if you want to step away from sports for a few minutes.

Skeptics may sneer, of course, but Henry didn't buy the Globe to commandeer any negative coverage of the Red Sox. It's going to be a tough conflict for those reporters, much like Cubs writers struggled for many years with the perception that they were an arm for the parent Chicago Tribune when it owned the team. Henry has made it clear from the beginning he's not influencing sports coverage but the proof will be in the pudding as they say. Or at least in the fried chicken and beer!

Henry said he believes in newspapers, and especially the Globe, as institutions. And nowhere can that be seen more in time of crisis, as the Globe spearheaded the flow of information in the wake of the Boston Marathon bombings.

It reminds me of the way The News covered the crash of Flight 3407 in Clarence Center in 2009 and has spent the ensuing years with reams of important coverage on changes to rules in the commuter airline industry.

What struck me the most about Henry's column was this sentence: "As I studied the problems that beset the newspaper industry, I discovered a maddening irony: The Boston Globe, through the paper and its website, had more readers than at any time in its history."

That's probably true of a lot of papers and it's certainly true of The News. Print circulation may be down some, not nearly as much as other cities, but the total consumption of our information in print and online is vastly higher -- yes, I said higher -- than it was years ago.

I get bombarded on Twitter all the time with the cliche of "newspapers are dying" so let me get a soapbox point out: It's not true. At all. They're changing. We have more information on more platforms -- print, audio, video -- than ever before. I used to come to the World Series as recently as 2006 and do nothing more than write one or two stories a day for the newspaper.

Now there's multiple stories for the paper, a wrapup story for the Web, blogs like this one, a postgame podcast, Flickr streams, my Twitter feed and even Vines. The company gets more production from its employees and ultimately the readers get much more content from an event like this than the days of a lone columnist penning one piece a day.

As for all those people -- especially the under-30 crowd -- who say they "get their news" on Twitter or Facebook and the media isn't needed? Where do a huge amount of those links come from?