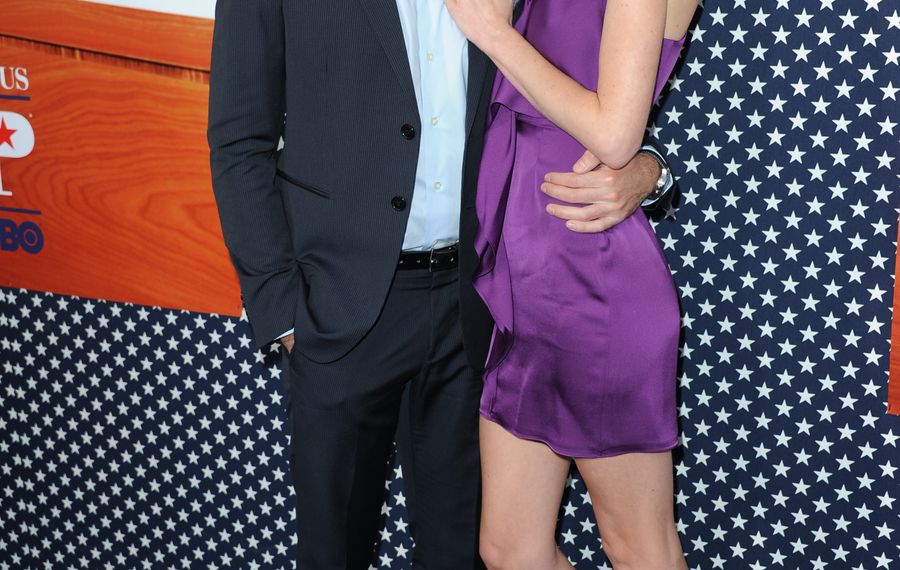 Scott displays a softer side

Reid Scott is used to being cast as an abrasive character, his latest being scheming Washington political aide Dan Egan in “Veep.”

Scott jokes that playing jerks “just comes naturally,” but he clearly has a softer side. This spring, he flew cross-country to San Francisco to ask Elspeth Keller’s father for his permission to marry the actress.

“Her grandmother was a librarian, and mine was a literature professor,” said Scott, and that helped the couple pick the steps of a public library for their wedding.

He’s glad to be back at work on “Veep,” which nabbed Emmy Awards last weekend for cast mates Julia Louis-Dreyfus and Tony Hale. The gold trophies aside, “there’s not a lot of ego flying around on set,” Scott said.

Paul does a ‘Bad’ SNL cameo

“Saturday Night Live” had some fun with anticipation over Sunday’s “Breaking Bad” finale with help from Aaron Paul in a surprise cameo.

Paul, who plays Jesse Pinkman in the Emmy-winning AMC series, appeared in the opening segment of the new “SNL” season. He portrayed one of several average Americans joining President Obama to testify to the need for health care coverage.

Paul mentioned a “friend” who badly needed health care when he got sick with cancer. “The man was a teacher with a family,” interjected Obama, played by “SNL” cast member Jay Pharoah.

“He did what any of us would have done,” Paul said. “He started cooking meth. And soon it wasn’t just meth, it was murder. And not regular murder, he blew half a guy’s face off.”

‘Meatballs’ on a box-office roll

“Cloudy with a Chance of Meatballs 2” slurped up the box office.

Estimated ticket sales for Friday through Sunday at U.S. and Canadian theaters, according to Hollywood.com. Final domestic figures will be released today.

A case of nerves for rapper

MC Lyte said she was initially nervous following a video tribute that honored the veteran rapper for her career achievements at the eighth annual BET Hip-Hop Awards on Saturday.

Once MC Lyte gathered herself, she thanked a host of people who helped further her career. She urged the female rappers who have come after her to push the genre forward.

MC Lyte was given the “I Am Hip-Hop Award” at the taped award show at the Boisfeuillet Jones Atlanta Civic Center. The show airs Oct. 15.