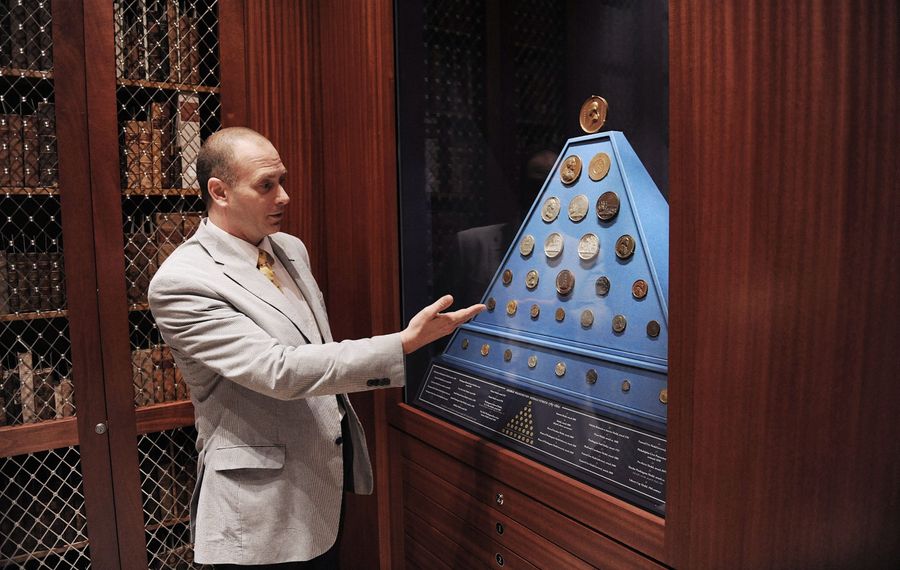 The grand opening Friday of the Fred W. Smith National Library for the Study of George Washington celebrated the father of our country with a festive crowd that included both U.S. senators from Virginia, the governor, performances by country singers (and couple) Vince Gill and Amy Grant, and a keynote by Pulitzer Prize-winning historian David McCullough.

The library was designed to add a scholarly element to the understanding of the first president, who had written in a letter to a friend in 1797 that he wanted a building on his property to house his papers.

“If there’s anybody who deserves a presidential library, it’s Washington,” said historian Stephen Knott, professor of national security affairs at the U.S. Naval War College in Newport, R.I., who has studied the Founding Fathers. “He was our greatest president. This is 220 years overdue.”

The Mount Vernon Ladies’ Association, a private group that has owned and operated the estate since 1858, raised $106 million in private funds for the library over the last three years. Philanthropist Fred W. Smith, chairman of the Donald W. Reynolds Foundation, was a leader of the effort. The foundation contributed $38 million for the library in 2010.

“This new library will help us to maintain and advance George Washington’s timeless relevance in our fast-changing world,” said Ann Bookout, regent of the Mount Vernon Ladies’ Association.

Washington is most famous as a man of action, a leader and landowner. But he also had a deep love of learning. He was largely self-taught, eventually mastering the art of surveying, his profession before joining the military. As restive colonists rose up against the British, Washington became the commander of the Continental Army and, after he led the revolutionary forces to victory, a national hero.

“This library has the potential to trump all presidential libraries, as Washington’s impact on the history and character of the United States is greater than that of any president, and perhaps any single historical figure,” said founding director Douglas Bradburn.

The new library is very much in line with presidential libraries for more recent presidents, such as the George W. Bush Presidential Center in Dallas, which opened in April and includes a library and museum. But Washington’s library is private, unlike the network of 13 modern presidential libraries, starting with Franklin Delano Roosevelt’s, which are operated by the National Archives and Records Administration.

Washington’s library, a large airy structure built in the woods across the street from his Mount Vernon residence, will be, like all the “official” presidential libraries, a center for study, research and conferences.

With 45,000 square feet of space and built on a 15-acre plot, the library brings together for the first time Washington’s books, correspondence, even his ledgers for running the estate, as well as valuable historical documents of the nation’s founding.

The attraction will not be part of the regular Mount Vernon tour, a mainstay of Washington sightseeing. Students and other researchers of the era will have access to the facility, but on a pre-arranged basis.