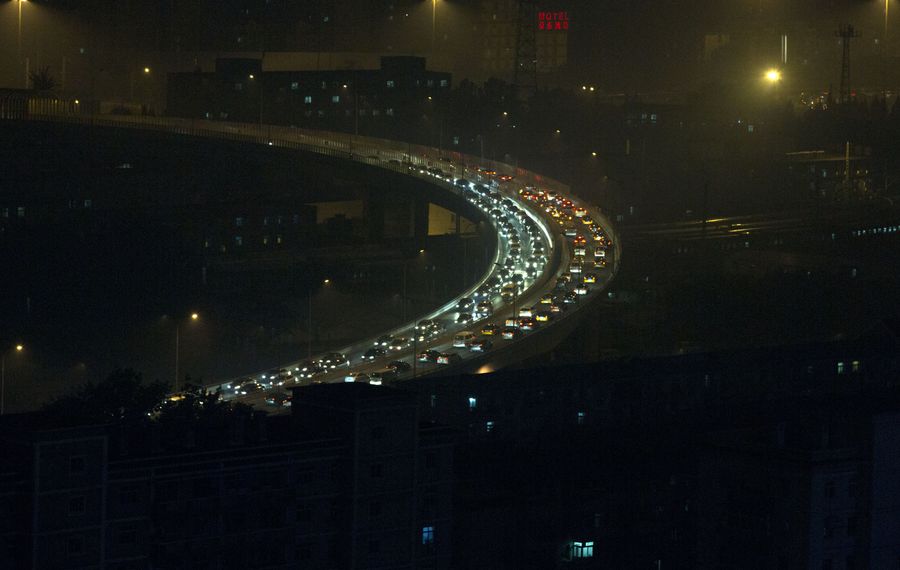 BEIJING – While stuck in traffic on the Beijing-Shanghai Expressway last year, Yin Ximin decided he’d been smart to buy a recreational vehicle.

“An RV makes long trips less painful. We can lounge around, have drinks, listen to music – and use the bathroom, ” said Yin, who owns an advertising firm in Beijing.

Back in Beijing, Yin uses his 19-foot motor home from manufacturer Shandong Dream Trip RV Co. to fetch clients from the airport and schmooze on the way back into the increasingly gridlocked city, where the number of registered cars has more than tripled since 2000.

Winnebago Industries Inc., based in Forest City, Iowa, began working in 2011 with dealers in Beijing and several other cities, selling models ranging from 200,000 yuan ($33,000) to 2 million yuan.

“High-end RVs are new symbols of status and success, like yachts and private jets,” said Chen. “Demand for RVs for business use has been way beyond our expectations.”

One potential brake on sales is driving restrictions. In some provinces, a bus-driver’s license – among the toughest permits to get – is required to pilot an RV, while in others a standard passenger-car license is sufficient, according to RV dealer Beijing Centech. And in some areas, it’s illegal to tow a camping caravan trailer, the dealer said.

A further limiting factor is a lack of campgrounds.

The country has just 150 designated areas for camping, versus 16,500 in the United States, according to 21RV. The government aims to change that. A plan issued this year promises more campgrounds and related infrastructure to promote domestic travel, though detailed figures haven’t been disclosed.

RV sales are benefiting as Chinese spend more on vacations and leisure. The country overtook Germany and the United States to become the world’s biggest source of tourists last year, according to the China Tourism Academy.

“My husband and I spend more than 100 days a year traveling for fun, and an RV can make our trips more relaxing,” said Paula Wang, 52, who runs a catering business in Shanghai. “I love taking pictures wherever we go. With an RV, we can take our time looking for the best shots without having to rush to reach the next hotel.”

The worsening traffic in China’s major cities is adding to the appeal of RVs. Beijing, deemed the city with the world’s most onerous commutes by IBM in 2010, has seen car registrations soar to 5.2 million last year from 1.5 million in 2000.

Michael Gu decided to buy an RV to discuss business while picking up or dropping off guests after wasting hours stuck in crawling traffic.

“I thought it would be much easier to hold meetings and do business while my driver fights through the jams,” said Gu, 48, who runs an investment firm. “Traffic in Beijing is just horrible.”